Naked lightbulbs glow in the haze hanging over the stage in Battersea Arts Centre’s Grand Hall. From out of the shadows emerge sounds like the rumbling of thunder or the rustle of leaves or the coo of doves. Voices soar in lament, tongues click, and the stage shimmers with sound and emotion.

Plenty of people have created stage versions of Mary Shelley’s Frankenstein in recent years but few have recreated the novel for our own times quite so vividly as BAC’s Beatbox Academy do with Frankenstein: How to Make a Monster.

This Offie-winning show is not a straightforward adaptation but a response, and one in which the young beat-boxers’ breath new life into an old story. The performers’ voices—and those voices alone—are used not just to speak and sing but to conjure a complete and richly complex and evocative world of sound. 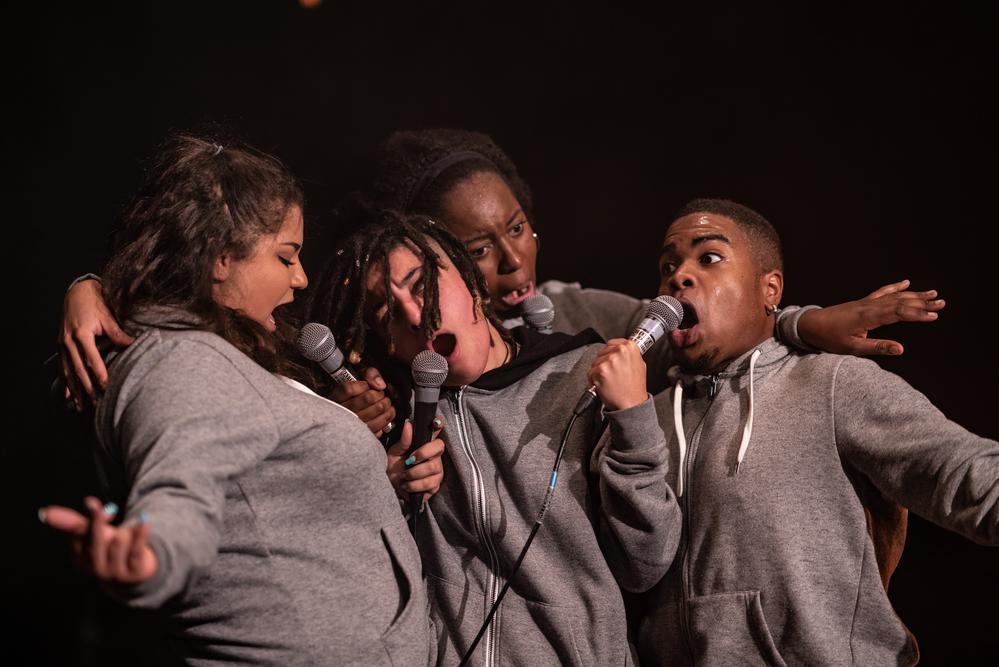 It is a different kind of storytelling, as inventive and singular as Shelly’s original story but one which, although it is told in chapters, offers no through narrative but rather reflects back the novel’s themes to us. It’s as if the company have taken what they most need from the story and are keeping it alive for the 21st century as they explore ideas around beauty, difference and how much the pressures of society and social media and selfie culture can make monsters of us all.

These old ears sometimes wished they could hear the words more clearly, but there is no doubting the vitality with which this young company—co-directed by Conrad Murray and David Cumming—infuse the story and claim the stage both physically but also in an explosion of sound. It’s unlike anything I have ever seen before; like Shelley’s novel it is a one-off, wholly original. The scarred old walls of the Grand Hall shine in the light setting up an interesting tension between old and new, the past and the future. The BAC Beatbox Academy slay theatre as they remind that monsters are not born but made.

Frankenstein runs at the Battersea Arts Centre until Friday 29 March. You can find tickets here.