We can all read the facts. They are stark. Since 2010 the government has cut £30billion in welfare payments.

In the UK, one of the richest nations in the world, 14 million people live in poverty with 3.1 million children with working parents living below the poverty line.Then there is the 77 per cent decrease in government funding to local councils which has had a catastrophic effect on services with youth clubs, libraries and women’s refuges closing. Those places of sanctuary for those most in need.

Yes, we may well have all read the facts, but then we forget them and carry on as usual. What you will not be able to forget is Alexander Zeldin’s Faith, Hope & Charity (Dorfman), the third in a trilogy of plays that began with Beyond Caring and continued with Love. They have excavated the lives of those impacted by zero hours contracts and homelessness in forensic detail and with a sensitivity that ensures dignity. Zeldin’s work is unshowy, restrained and utterly devastating. It is also necessary in a way Hansard quite clearly isn’t.

Faith, Hope & Charity is set in a run-down community centre with a leaky roof that the local council has plans to sell off to developers. Every Wednesday Hazel (Cecilia Noble), a woman with problems of her own, volunteers to provide a hot lunch and a haven for local people who haven’t so much slipped through the net of the welfare state but discovered it has got ruddy great holes in it. 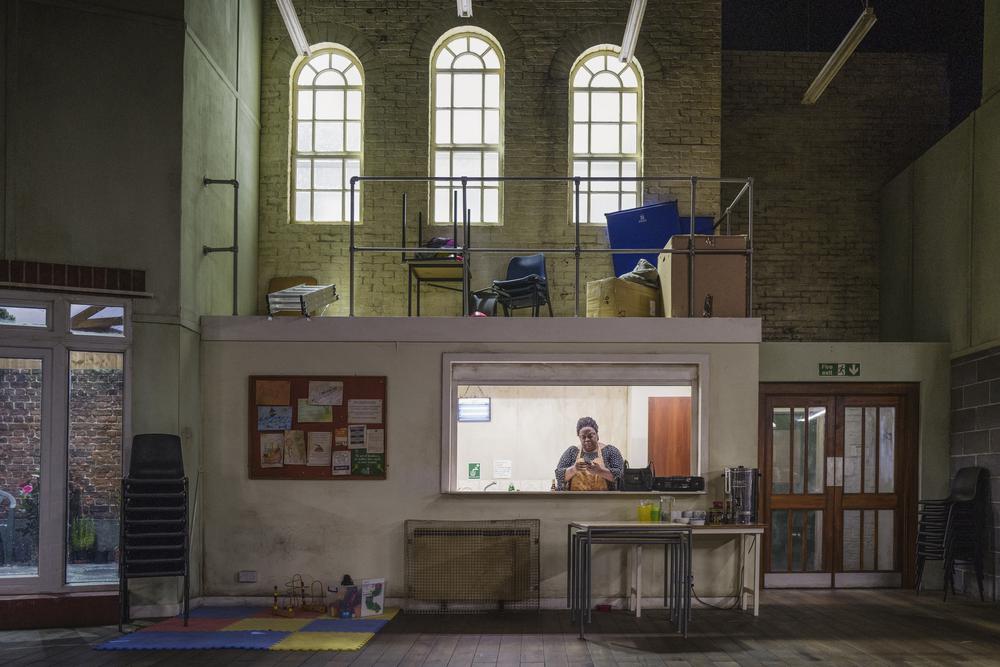 Natasha Jenkins’ design captures the grimy reality of the decaying community centre. This is not a show in which the lights go down but rather the fluorescent lights click on. It puts audience and performers, who sometimes sit amongst us, in the same space. It puts us in the heart of the play and on the spot.

On Wednesdays lunch (gobbled down because those who come, including the children, are hungry, really famished) is followed by choir which is run by the awkward, well-meaning and lonely Mason (Nick Holder). For some like Bernard (Alan Williams), now living in a hostel but clearly once knowing better times, it is the highlight of the week. As choir practice plays out, so too do the quiet every day tragedies of the participants. The on-going drama of Beth (Susan Lynch) and her sixteen-year-old son Marc (Bobby Stallwood) to achieve the return of four-year-old Faith, who has been taken into care, is set alongside other personal calamities.

One of the beauties of the piece is the way it tells whole stories in only a hungry hug; or the uncertainty of Tharwa (Hind Swareldahab), who comes each week with her small daughter, to put her address on a petition; the gleam in Antony’s eye (Corey Peterson) when he is offered an extra biscuit. Every single performance is intricate, shining and heart-piercing. 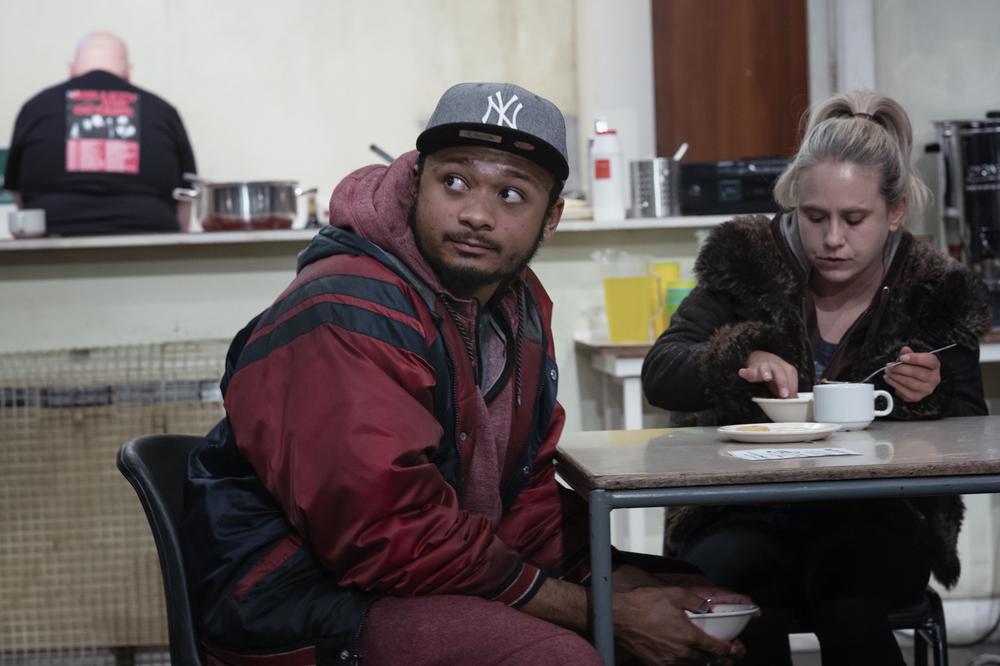 What it also shows is a community in action. Lives may be chaotic, anger and frustration sometimes flares, but this group of people organise and care for each other in a way that the state and wider society have neglected to do. They may be desperate, but they are always full of dignity, however painful their experiences. They look after each other as best they can.

Zeldin’s play takes place over several months but its painstaking realism often feels as if it is being experienced in real time. For two and a half hours we are privileged to be part of this community. Faith, Hope & Charity makes us cry, it makes us angry and it makes us empathetic. But it also throws down a challenge to theatre and the audience: what are we going to do with our tears, anger and empathy after we have left the theatre?