That’s particularly true in the theatre, where some people can often see better than others depending on how much they have paid for their ticket. Where the make-up of an audience is likely to reflect the Warwick commission’s findings which found that the wealthiest, best educated and least ethnically diverse 8% of the population are its most culturally active segment. Most of us have sat in a theatre where the audience is entirely white.

The brilliance of Jackie Sibblies Drury’s Fairview (Young Vic) is that it exposes the subjectiveness of your view of the world in a way that could only happen in the theatre, in a physical space that offers a division between the stage and the auditorium. It not only finds the form to say what it wants to say with a raw, sorrowful passion and anger, it uses the very structures of theatre as its form and plays with theatre’s traditional social make-up as it interrogates how white people look and what they see and don’t see. It is a remarkable coup de theatre and one I won’t spoil for you. 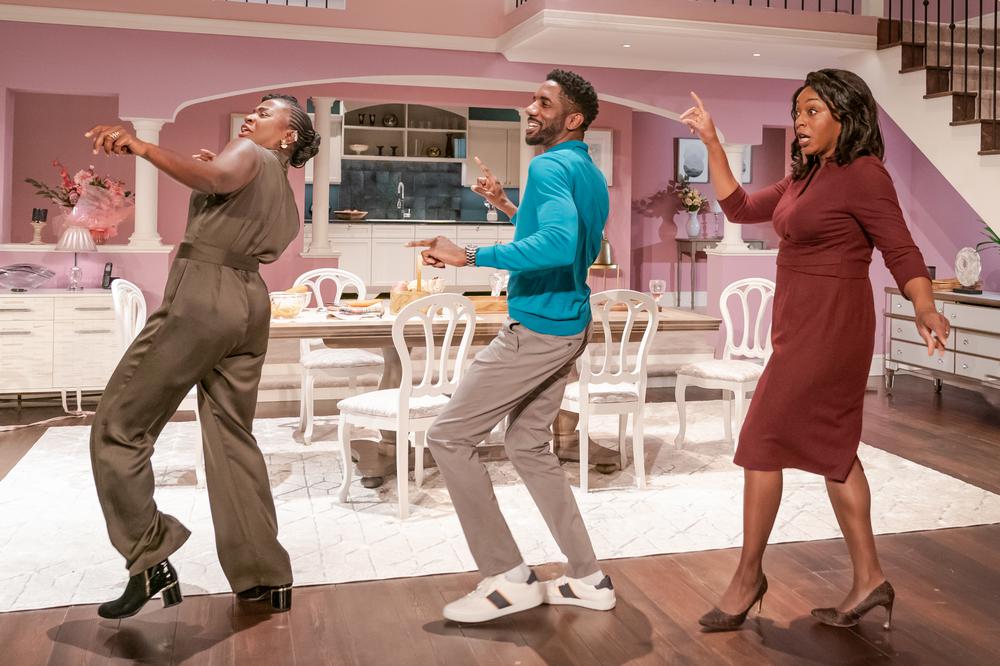 In fact in order to really preserve the experience—and it is quite an experience, one that is unsettling, charged, and uncomfortable—I really can’t tell you very much except that what we initially watch appears to be a sit-com style play set in an African-American middle class home where in Tom Scutt’s design the family appear to have plundered a furniture shop for all that is most pastel and most tasteful. The neurotic Beverly (Nicola Hughes) has her hands full with root veg and her laid back husband (Rashan Stone) as she prepares a birthday meal for her mother. The arrival of her sniping sister Jasmine (Nanna Agyei-Ampadu) doesn’t help the situation, and there are underlying family tensions around high-achieving daughter Keisha (Donna Baya) who wants a gap year before college.

Only a glitch in the radio transmission that Beverly is listening to right at the start hints at what is to follow, but suffice to say that the second act offers an entirely different perspective on what we have seen (and indeed how we see) when the spectacle is over-laid with an entirely different sound-track. Drury herself describes Act Two “as watching Act One”. From there the play breaks progressively open using the performed and the performative, looking and doing to examine inequality and the appropriation of black culture. It does it with grotesque comedy. 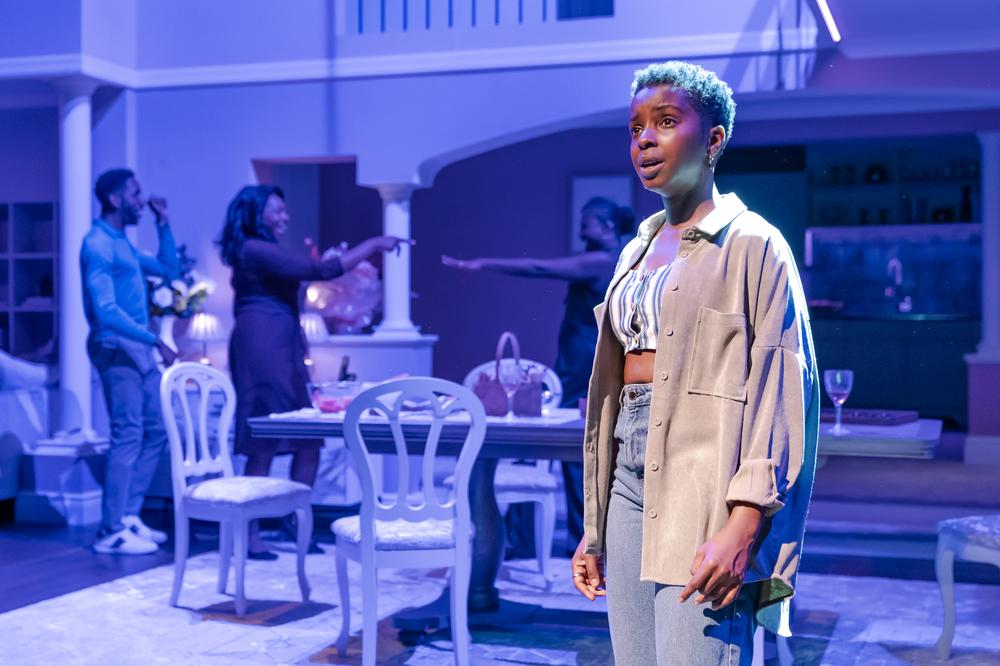 In the wrong hands, Fairview might fall completely flat. It might only infuriate or make the audience defensive. It might seem tricksy, and provocative to no purpose. But Nadia Latif’s hands are definitely the right ones, nimble and dexterous as they keep all Drury’s plates spinning in the air and getting performances that are both technically superb but also dramatically incisive from the cast. No more so than from Donna Banya who, as Keisha, carries the emotional heft of the play as the representative of a rising next generation crying out to make the view fair and equal from both the stage and the stalls.

Fairview runs at the Young Vic until 18 January. Tickets are in limited supply so you should book soon to avoid disappointment.