Review: Faces in the Crowd

We are all walking ghosts. We are no longer the person we once were or the people we are yet to become.

Faces in the Crowd

Ghosts haunt Faces in the Crowd (Gate), Ellen McDougall’s adaptation and staging of the novel by the Mexican writer Valeria Luiselli. There are so many different kinds of ghosts.

It captures the ghost-like feeling that comes with being invisible when alone in the city. The moment when a face glimpsed on a crowded subway convinces you that you have seen someone long lost. As if you have raised the dead. The way as a wife and mother you can be crushed by domesticity and feel your identity slipping away until you become a ghost in your own life. 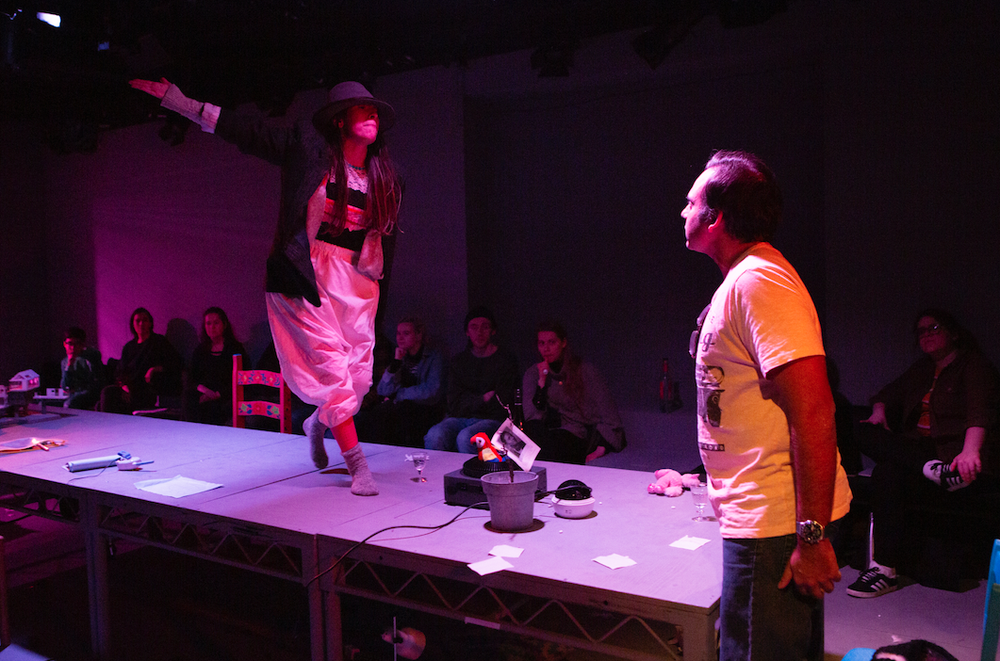 The unnamed woman (Jimena Larraguivel) at the heart of this story is making a stand against invisibility by telling a story. The story is an assertion of self even as it fragments and slip slides away. She conjures a younger version of herself alone in the city and becoming increasingly obsessed with a long dead poet. The story spools and puddles while the supper goes uncooked, her son plays a different kind of hide and seek from the one she is playing with words, and her husband (Neil D’Souza), an architect, constructs a model of a house yet unbuilt and life yet unlived. An unseen baby’s ghostly cries are heard on the listening monitor.

Luiselli’s novel is so deeply concerned with literary form and how to break it, both vertically and horizontally, that it almost seems perverse to try and transpose it to the stage. But, of course, the theatre is the supreme place to raise ghosts. Together with designer Bethany Wells and lighting designer Jessica Hung Han Yun, McDougall sets about doing just that. She creates an evening that is quietly haunting and moodily atmospheric, particularly in the way that it employs Anoushka Lucas’ Musician whose snippets of song bring their own kind of melancholy. You might think of the whole 80 minutes like one long slow exhalation of breath with punctuations. 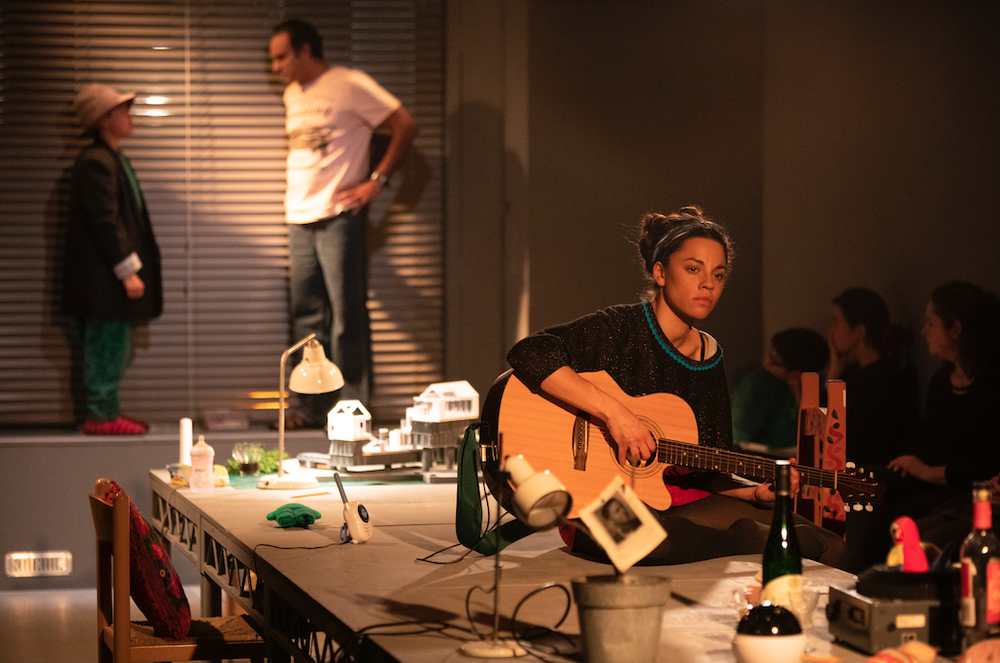 It would be easy to dismiss this as introspective, to see its under-stated beauty and lack of urgency as an inertness. But it seethes beneath the surface with the frustration of centuries of women who have discovered that the pram in the hall leaves them short of the breath necessary to sustain a story, to tell their story. By the end the domestic room has been destroyed but something has been created too.

Faces in the Crowd runs at the Gate Theatre until Sat 8 Feb.