In the waiting room of a station where the trains no longer stop, situated in a dying town somewhere in the middle Europe, Katia (Natalia Tena) and her father Sava (Kevork Malikyan) sit and wait.

When the officious station master, Fret, (Ron Cook) tries to get them to move on, Katia points out that they are waiting in the designated waiting room. The ever-anxious Fret has to concede that she is right.

Like Waiting for Godot relocated to a station with Vladimir and Estragon recast as two displaced refugees fleeing a war which has wiped their home town from the map, David Greig’s Europe proves a very canny choice for Michael Longhurst’s first play as the theatre’s new artistic director. Europe was written 25 years ago as the former Yugoslavia was breaking up, but in Longhurst’s vivid production, which comes with a super-smart design from Chloe Lamford, it feels utterly contemporary in its examination of a Europe in flux and facing a migrant crisis. 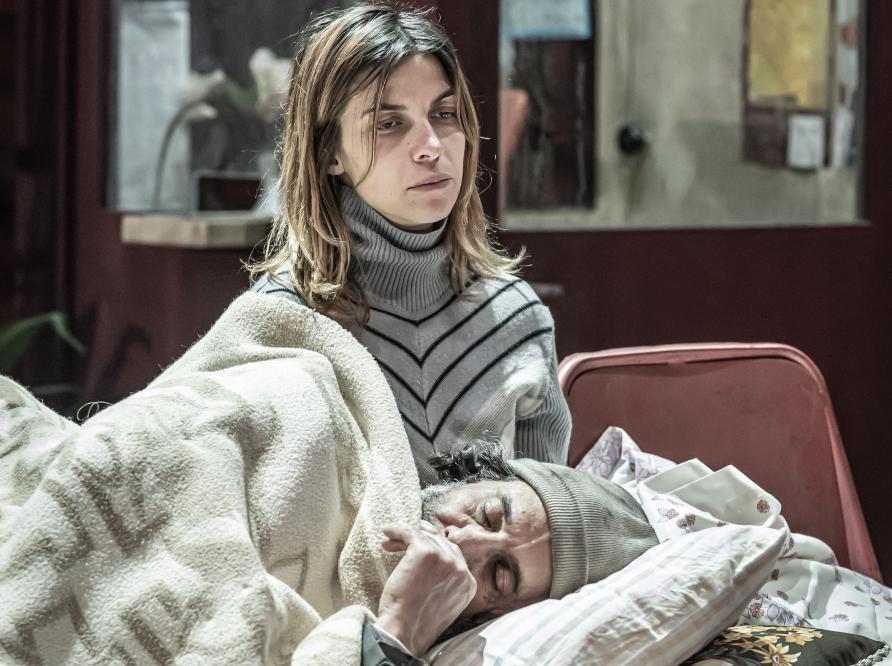 Katia and her father sit and wait. The town they find themselves in is a place which has sometimes been on one side of the border, and sometimes on the other, and always in the path of armies marching in opposite directions. Its inhabitants are facing their own crises. The local factory has closed down, throwing Berlin (Billy Howle) and his friends out of work and making them susceptible to far-right ideologies. Should they stay or leave? Berlin’s unhappy wife, Adele (Faye Marsay) wants to go. She sits on the station roof watching the trains thunder past to distant cities she longs to see.

Until the final scene, not a great deal happens. But everything changes as Sava and Fret strike up a friendship based on their shared love of trains, Katia and Adelle become closer, Adele and Berlin are further estranged and Morocco (Shane Zaza), a smuggler who prefers to call himself a magician and who exploits what he calls the “magic money lines” that we call borders, arrives in town. 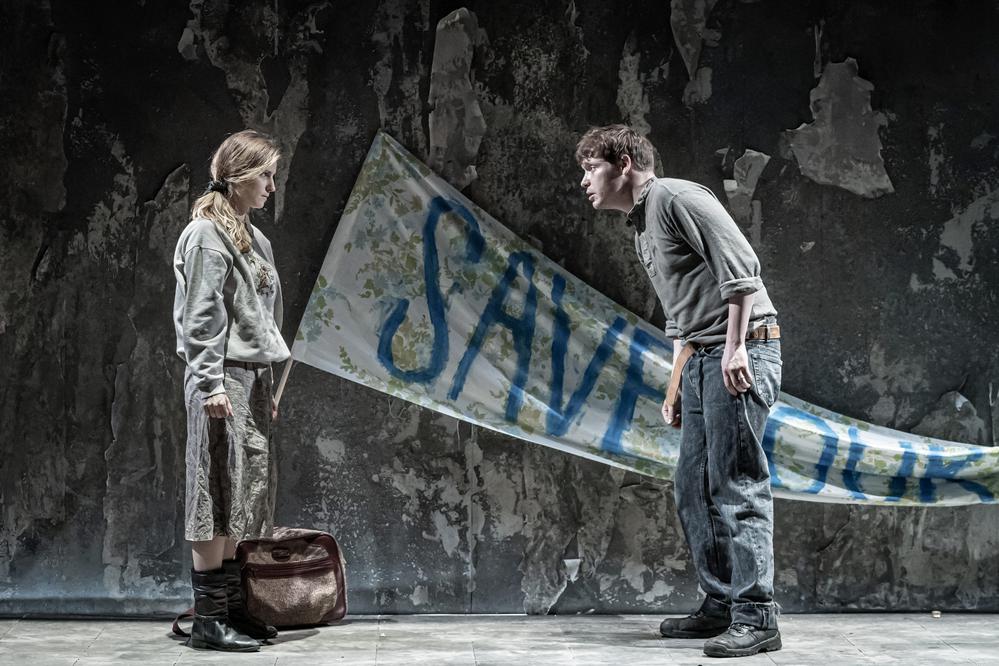 Besides Beckett, the play also conjures Brecht but it has a warmer heart than either as it traces the quiet melancholy of central Europe with its fairy-tale forests through which so many have tramped looked for a safe haven. Add to that a meditation on the nature of home and the romance of long distance trains and the great capitals of Europe, and an insistent probing of the discontent and puzzlement of those who fall victim to the wolfish demands of late capitalism and globalisation, and you have a play of layered complexity.

Like the play itself, Lamford’s design is a thing of quiet restraint that pays its dues and reaps the rewards. Excellent performances too. Well worth seeing at any time but given an extra charge as we hurtle towards our own European exit. Listen hard, and you might hear the howl of circling wolves.

Europe runs at the Donmar Warehouse until Sat 10 Aug.