Richard Eyre has talked about the way that theatre creates empathy, arguing that the arts "enable us to put ourselves in the minds, eyes, ears and hearts of other human beings." Bruce Norris' latest play, Downstate, is an exercise in empathy, a test of our humanity.

In a small suburban sitting room, some distance from Chicago, Andy (Tim Hopper), encouraged by his wife Em (Matilda Ziegler), is delivering a stilted address to Fred (Francis Guinan) in which he tells him that he is "fundamentally evil". Which may come as a surprise because Fred seems like a benign sort of fellow, a polite wheelchair- bound pensioner with a soft, wispy voice which makes almost everything he says sound like an apology. 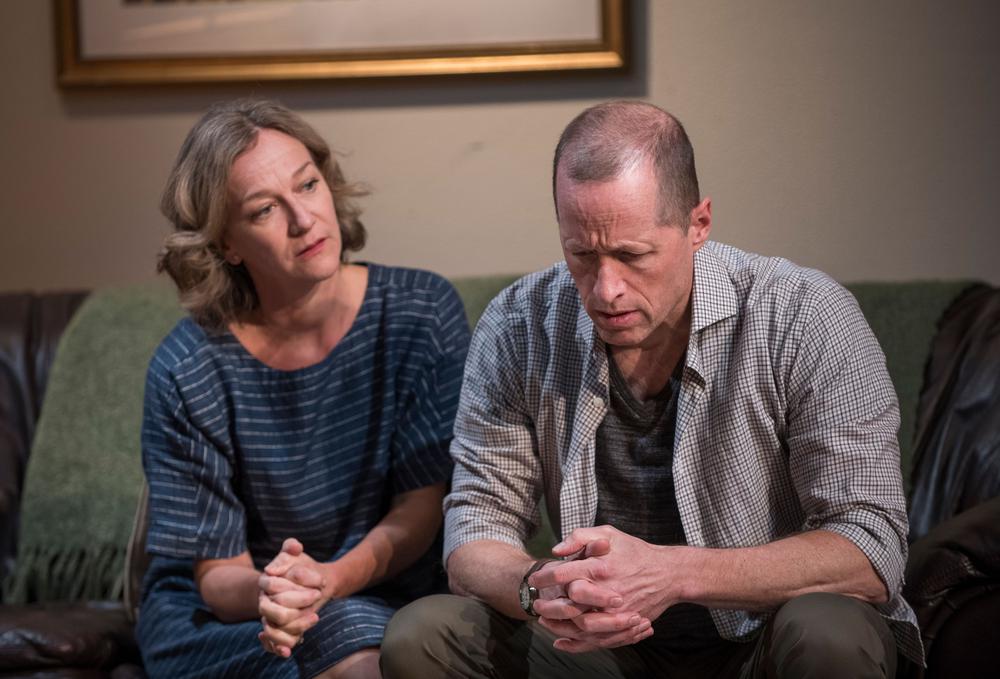 Matilda Ziegler as Em and Tim Hopper as Andy. Photos by Michael Brosilow

But like the other three men living in the house, Fred is a convicted paedophile who has served his time in jail and who now, as part of his sentence, must live under strict restrictions in this group house. When Andy was twelve, Fred, his piano teacher, sexually abused him, and Andy has lived with the guilt and shame ever since which has impacted his marriage and may be affecting his relationship with his own son. Fred has been to jail, but Andy wants more from him. Who can blame him? He is after all the victim.

Except is there a point when there has been punishment enough? Or are there some crimes that can never be forgiven? The local people clearly think so, furious that the men are living in their community, they make their protests felt by shooting out the windows, as one of the men puts it, "a gesture of goodwill."

The state keeps putting further restrictions on the men's already circumscribed lives. When Parole Officer Ivy (Cecilia Noble, such a comic joy in Nine Night, and here bringing complexity and compassion to an authority figure) turns up telling the men they can no longer shop at a local supermarket it's hard not to feel some sympathy. When Ivy starts questioning Felix (Eddie Torres) about an unauthorised visit to the library, you start to feel more. But does sympathy turn to revulsion when you discover the real reason he was at the library? 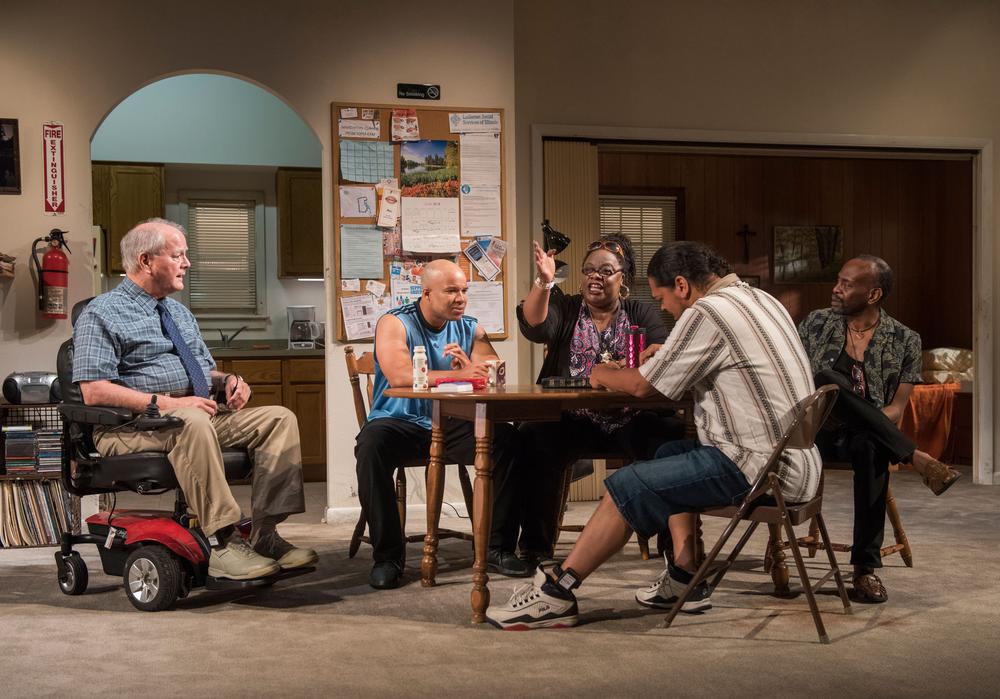 The play operates like a seesaw that offers a barometer for our own attitudes and feelings towards perpetrators and victims. Norris pushes the seesaw down in one direction and then removes the pressure so it rises up again in another.

At times this can feel schematic, and it certainly does in the way the men's crimes represent a gradient of offences from Gio (Glenn Davis) who protests that he didn't know he was having sex with an underage girl to Dee (K Todd Freeman), the evening's most nuanced character, a former dancer who refuses to acknowledge his own damage and the damage he has done by having sex with a 14-year-old boy. When he describes this as "a relationship" Andy calls him out. 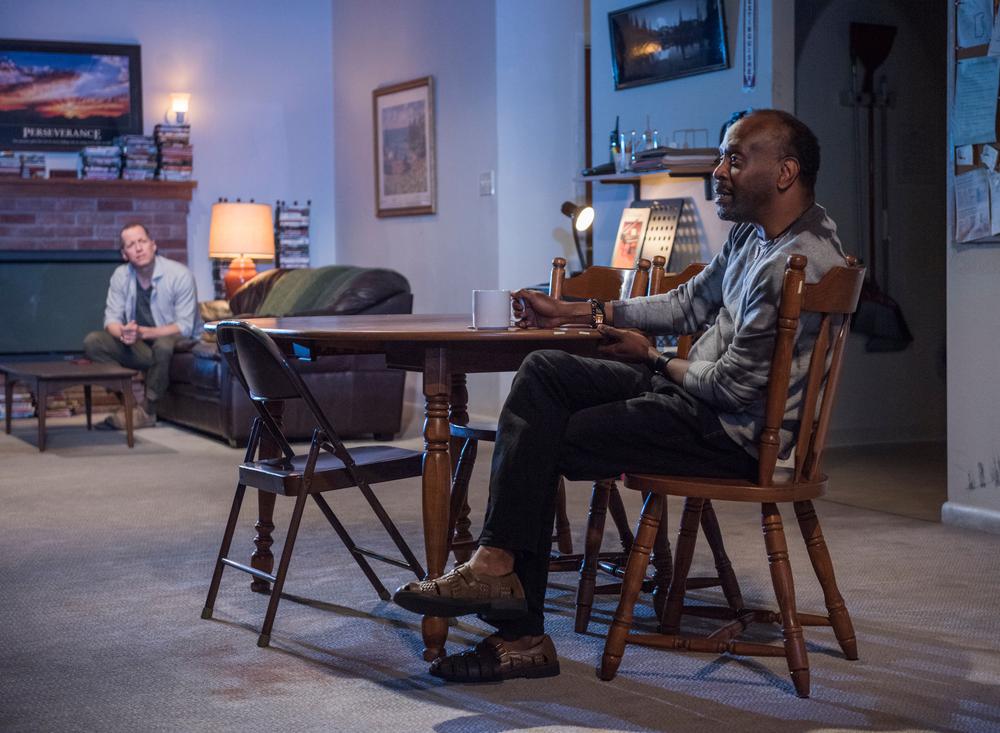 Tim Hopper as Andy and K. Todd Freeman as Dee

But although too neatly plotted, and featuring a design which signposts way too clearly a second act reveal, the success of this vigorously acted and slippery evening is that, unlike plays such as Oleanna, it doesn't put the audience in the position of making binary allegiances. Instead it makes us see these men—the perpetrators as well as the victim—as human beings, albeit deeply flawed ones who, like all of us, lie to themselves and the world. Which of course then raises really interesting questions about how we should treat human beings, if anyone is ever beyond redemption and whether the court system ever really offers victims the justice they need.

Downstate runs at the National Theatre (Dorfman) until Sat 27 April. You can find tickets here.