Who hasn’t ever sat across from a partner or loved one and looked at them and maybe just for a split second seen a stranger rather than someone you love and think you know intimately?

Those moments are fleeting, and often the result of an unexpected expression of an opinion that makes us feel as if we know somebody less well than we thought. But what if you started to think that someone you know well has been replaced by an imposter or a replica?

That sounds very much like Invasion of the Bodysnatchers, the 1956 movie about an alien invasion of a small Californian town in which humans are replaced by alien duplicates. It’s a reference which that clever company Darkfield play on in Double, an immersive 20 minute audio piece created for their new platform, Darkfield Radio. All you require is the app, headphones and friend or partner who sits opposite you while you both listen in and stare at each other. I did it on Tuesday night and I’ve not looked at my 92-year-old dad in quite the same way since.

Darkfield is a company you may know because they are behind the binaural shows Séance, Flight and Coma that take place in shipping containers entirely in the dark. Darkfield has made a theatrical habit of catching audiences off-guard in physical spaces, making you think you have heard or experienced something you haven’t. They are brilliant at using sound to play tricks on the mind and also playing on our fear of the dark. 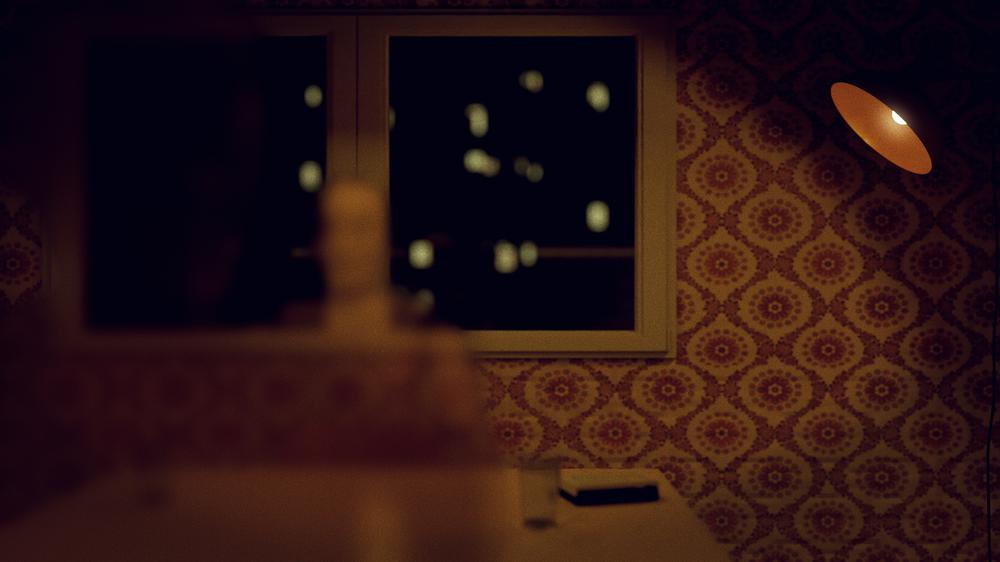 Here they prove they can also do it in broad daylight too, with a show that has a 1950s retro feel and where the sound of a fly buzzing, a dog barking or footsteps walking across a room can create a sense of uneasiness or of the uncanny. Double is inspired by a real medical condition, often afflicting those with some forms of dementia, called Capgras delusion. Suffers become gripped by the irrational but unshakeable belief that someone they know well, and love, has been replaced by an imposter or a demonic copy. The unsettling thing about Double is that the more you stare at the person sitting across the kitchen table from you, the less like themselves they seem and the more unreal everything seems.

When Invasion of the Bodysnatchers was released, some viewed it as a comment on McCarthyism and dehumanisation. But the makers insisted it was merely intended as a thrilling horror movie. It would be perfectly possible to read Double as an exploration of a world where the real and the virtual are increasingly blurred, where we do not believe the evidence before us but easily fall prey to delusion. Or maybe it’s just a really good horror play. Either way, Darkfield prove themselves arch manipulators. I keep catching my dad looking at me sideways. Am I who I say I am? Is he? Are any of us?

You can book tickets for a streamed performance of Double from £3.50. Performances run until 1 August.

You can find more shows to watch online here in our Streamdoor guide.

And if you're looking forward to getting back to live theatre Here are some shows you can get excited about that are already booking for late this year and next year, including drive-ins and outdoor shows