Has anyone written their King Lear during lockdown just as Shakespeare wrote his during a plague year? Maybe, maybe not. It often takes time for playwrights to respond creatively to world events. They are artists, not journalists.

But we’ve certainly seen plenty of monologues about people feeling trapped over the last year. The latest comes from the pen of Stewart Melton, whose Distance Remaining is a trio of films that begins within the four walls of an OAP’s flat, opens out into a car being driven by a volunteer delivering food parcels to the needy but not always grateful, and ends under a wide sky on a beach with an unhappy young man dancing in the waves and leaving his footprint on the sand. Loneliness is the central theme, dogs play a crucial role, and Caitlin Skinner’s production makes a butterfly a recurring motif.

The first film is Rug Rat in which the elderly Jess (Dolina MacLennan) has just slipped and fallen and can’t get up from the floor, on the day she is expecting her grandson to come and see her after leaving prison. She’s pretty much a sole survivor in a family hit by tragedies (even the dog is dead) but can she make it across the carpet in in one final act of endurance? 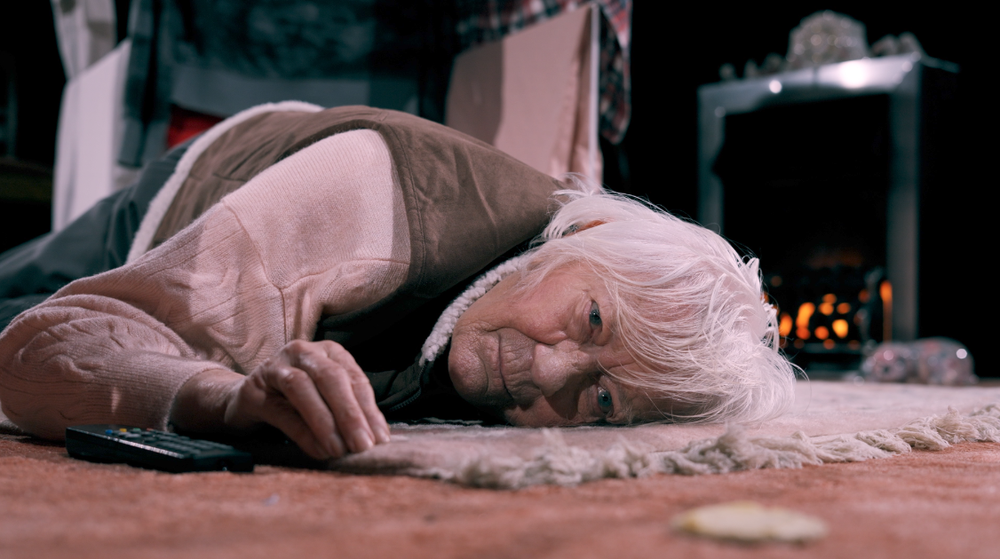 MacLennan is a pleasure, her eyes alone often just as eloquent as the script, but this peep into someone else’s life is also lifted by the way the piece is filmed (director of photography: Seth Hardwick) which often given us a bird’s eye (or possibly butterfly’s eye) view from above, or very close up on the floor from the side.

Karen Dunbar brings just the right sense of desperation with a comic edge in The Chase in which Lindsay is a volunteer delivering food parcels to those shielding. Only she is clearly the one in need of help: hyped up, on edge, and corrosively lonely. She incessantly calls her employer while cutting herself off from all other contact in her car. The filming here is less successful, caught somewhere between the naturistic and the surreal.

Lindsay needs to get off the road she’s on and out of the car. Cam, out on the beach searching for his parent’s anti-social dog which he has lost, needs to look up and out too. Reuben Joseph is quietly heart-breaking as a young man who was bullied at school, is shunned by his peers and thinks that he’s even “failed at failure.”

Melton’s trio of films—very effectively scored by composer Louise Anna McCraw—offer the glimmer of hope that we all need as the darkness recedes. Definitely not King Lear, not even Chicken Run, but nice nonetheless.

You can watch Distance Remaining online until Sun 9 May. Tickets here.