You may think that you want to live forever, but you won’t after seeing Die! Die! Die! Old People Die! (Battersea Arts Centre), the latest show from Ridiculusmus.

This is one of the great and least predictable British companies of the last quarter century. The show is exquisite torture, taking just over an hour but seeming to last a life-time.

You might describe it as a creaky farce. There is even a moment when trousers are dropped. The set-up suggests something by-gone and dusty, a country house with a single rosewood table. In the opening sequence two elderly people Norman (David Woods) and Vi (Jon Haynes) painfully approach the table. 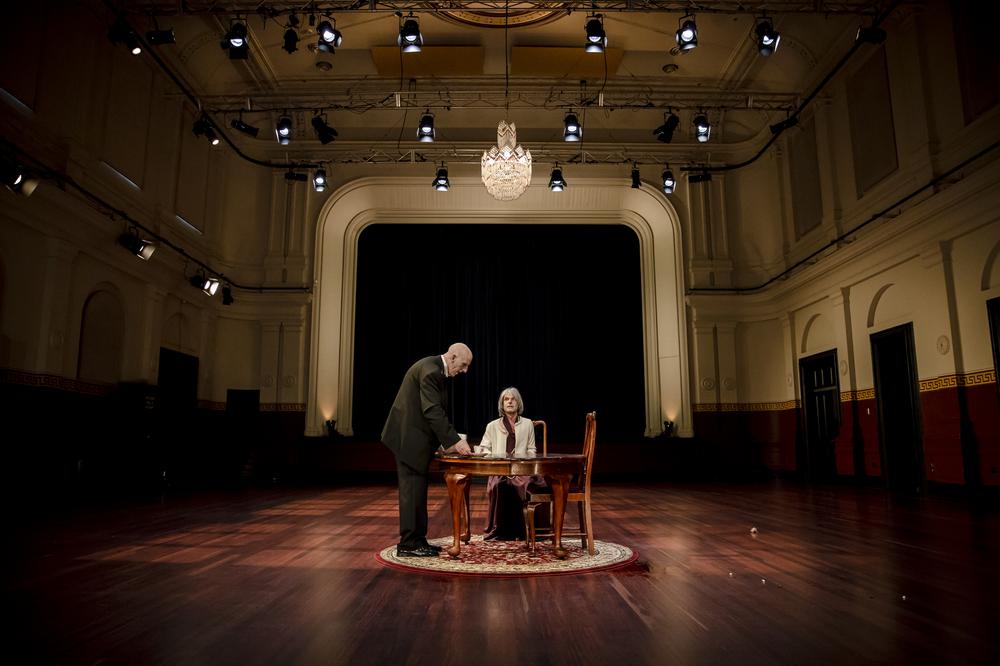 A clock ticks loudly magnifying just how long it is taking them to hobble there. Both of them are covered in a fine film of dust as if they have been static too long, and their bodies bend alarmingly like ancient trees in a hostile landscape. Settling Vi into her chair seems to take several centuries, her limbs are like sticks that freeze in startling angles. You think of bird bones, so easily snapped.

Ridiculusmus have never played by any theatrical rulebook and they are not going to start now in what the programme suggests may be the last show in which they perform together. Die! Die! commits to its own pace, its own creation of a total and enclosed world, its own skewed clowning and blooming sense of loss. It never tries to please and because of that it does and makes us commit too. 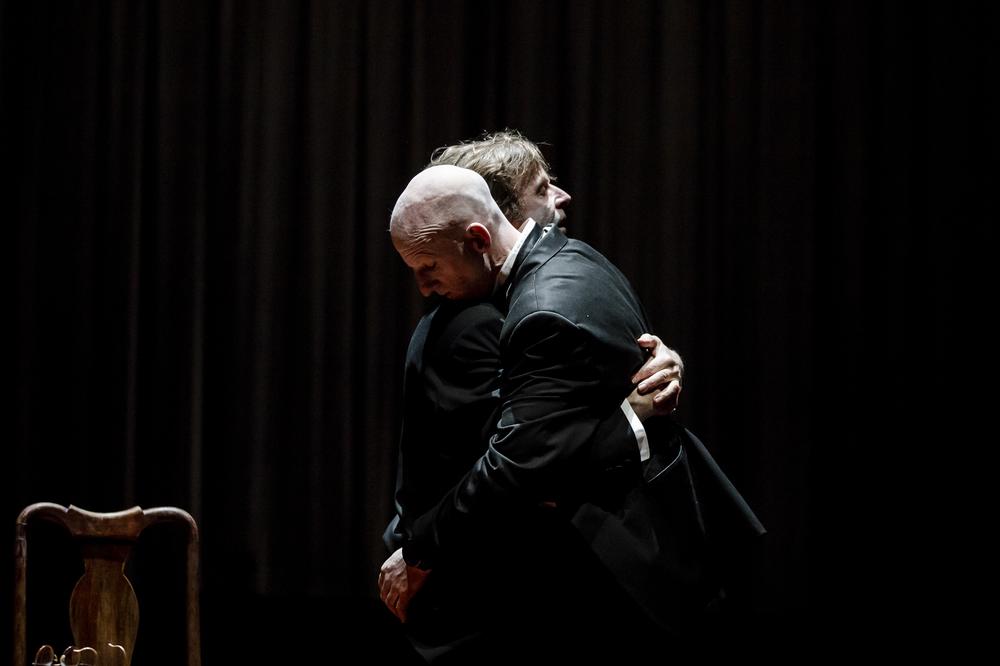 You succumb to its rhythms, it’s cruel unforgiving gaze, the losses that spread like a stain across the stage and its lurching comic outbursts. As a love triangle is slowly revealed, a belch breaks the silence like a gun-shot, the taking of some pills becomes a mini-drama, condolences reveal our thoughtless on-line high-jacking of grief and a recorded customer service line message asking you to wait becomes an insult to those for whom time in running out. It’s a show which out-Becketts Beckett and in which every laugh is like a sharp physical pain in the heart.