Review: Death of a Salesman

It is fascinating what a difference small shifts can make. Turn Bobby into Bobbie and suddenly 'Company' doesn’t seem fusty but a sharply contemporary look at the pressures, both biological and social, faced by modern women.

Death of a Salesman

A View from the Bridge

Marianne Elliott made us look at Company and hear it differently. Now she does the same with Arthur Miller’s Death of a Salesman, co-directed with Miranda Cromwell at the Young Vic, the site of that previous Miller reinvention, Ivo van Hove’s A View from the Bridge.

Elliott and Cromwell’s shift is to make the Loman family black: African-Americans who are about to make the final payment on their Brooklyn house after Willy Loman’s years of toil as a salesman on the road with his heavy suitcases full of samples.

Willy (Wendell Pierce) thinks that he has done well in chasing the American Dream. He has the house, the white goods (all bought on the never-never), a loving wife (Sharon D. Clarke) and two strapping sons Biff (Arinzé Kene) and Happy (Martins Imhangbe). But he is as blind as Oedipus. In this case to the fact that racism, structural inequalities and the mechanisms of capitalism keep him and his sons down. 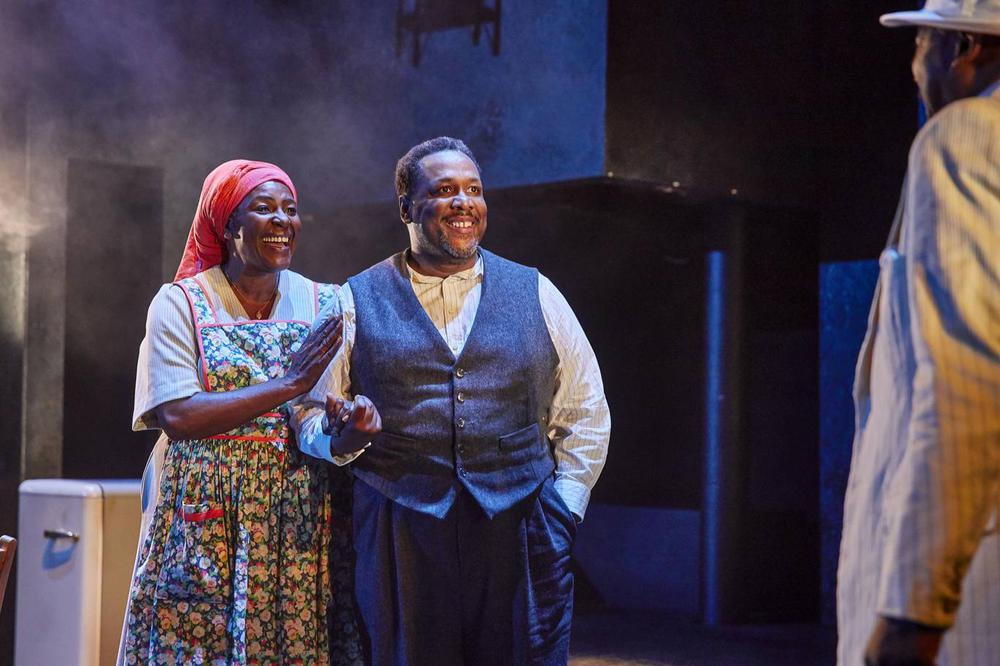 This is a world full of slights. In a restaurant the family is told that they are being shown to a better table, but one that is out of sight at the back. When Willy, humiliated by having to plead for his job, touches the tape recorder belonging to his white boss Howard (Matthew Seadon-Young), the man wipes it clean before touching it himself.

This is all done with the lightest of directorial inflections but it makes lines zing with new meaning and adds heft to Miller’s script which is further aided by Anna Fleischle’s haunting design in which window frames and doors float in space and furniture comes in and out of view as the past folds into the present as a reflection of Willy’s disintegrating mind. His sons—once so promising, now defeated–are constantly caught in atheletic poses, as if their vivacity has been captured in the click of a camera shutter. 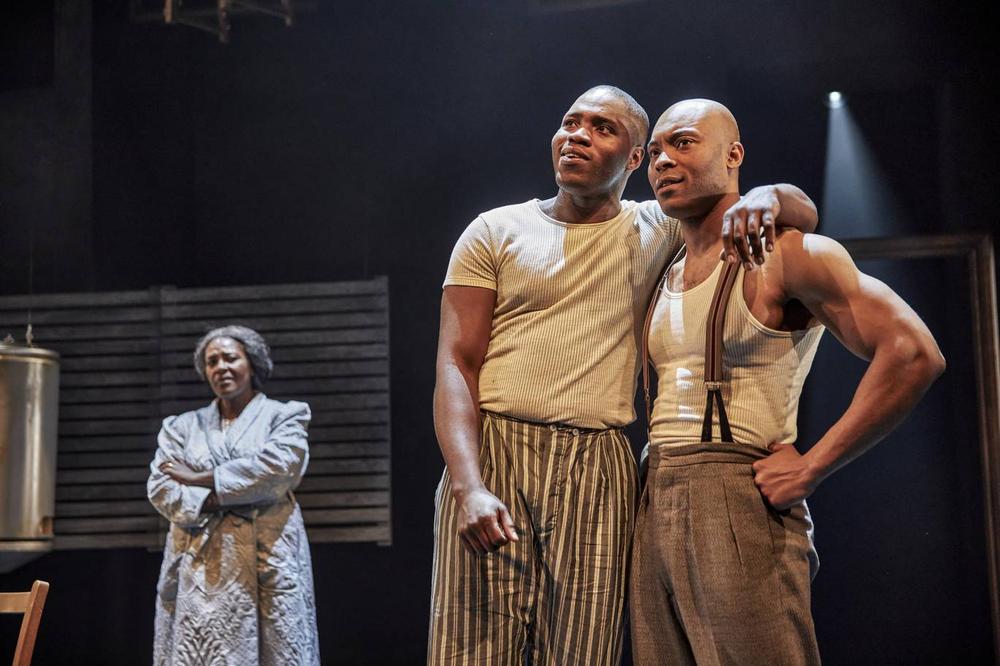 This is the American Dream writ as nightmare, and it makes it feel as if we have actually fallen inside Willy’s head, feeling his confusion and fear. His dead brother Ben (Joseph Mydell) stalks the stage like a white-suited harbinger of death, a woman’s laugh echoes mockingly, even domestic appliances take on a life of their own as if some kind of conjuring trick is being performed.

It’s fascinating too to see how the heightened surreal nature of the production also encourages a very different kind of acting than that which is on show a few yards down the road at the Old Vic’s All My Sons. In the latter, framed by a solid naturalistic approach the acting constantly draws attention to itself, the actors rising to the big moments like opera singers attacking an aria.

Here, everything is much more restrained, less handsome but more true. Pierce’s Willy seems to crumble before your eyes, turning in on himself. As Linda Loman, Sharon D. Clarke’s eyes register the pain of knowledge even as she tries to jolly her husband along, and the feigned swagger of Imhangbe’s Happy is as telling as the doubt of Biff, the Icarus who fell to earth, who discovers you can only ever fly if you can be yourself. It’s an evening of quiet magnificence which leaves you jangled, unsettled and full of grief. 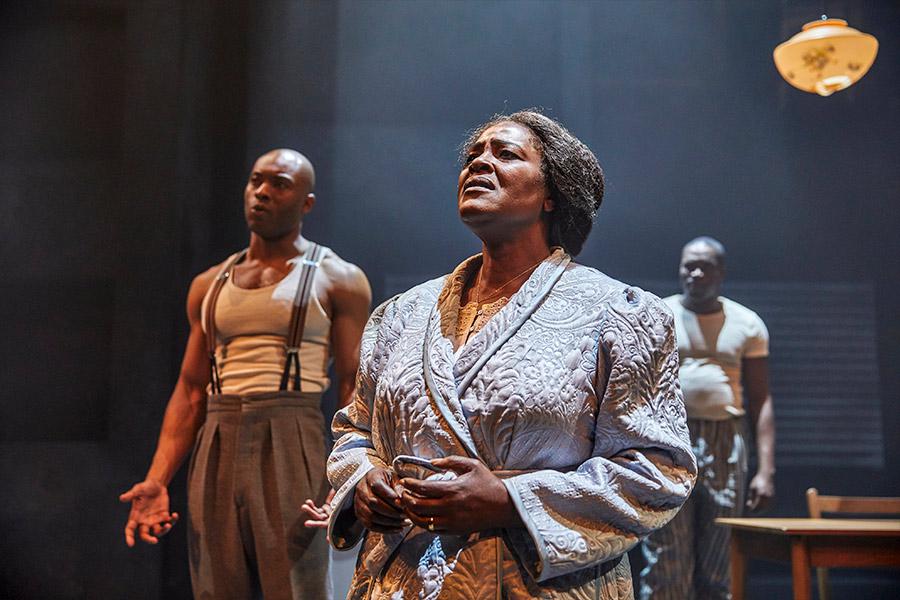 Death of a Salesman runs at the Young Vic until Sat 13 Jul. The show is sold out in advance but £10 Rush Tickets are released online at midday each Thursday and returns are available through the box office.