Review: Dead Dog in a Suitcase (and Other Love Songs)

“That’s the way to do it!” screeches the vicious Mr Punch at the end of Dead Dog in a Suitcase (and Other Love Songs) which arrives at the Lyric Hammersmith as part of a national tour.

Dead Dog in a Suitcase (and other love songs)

Kneehigh demonstrate that this is the way to transform John Gay’s 1728 The Beggar’s Opera into an eye-popping, foot-tapping contemporary end of the pier show.

In fact, end of the world show might be a better description for a piece in which an assassinated puppet dog comes back to haunt big time. It’s a magnificent romp which ends in a whirl of chaos and with the bitter taste of ashes in your mouth. 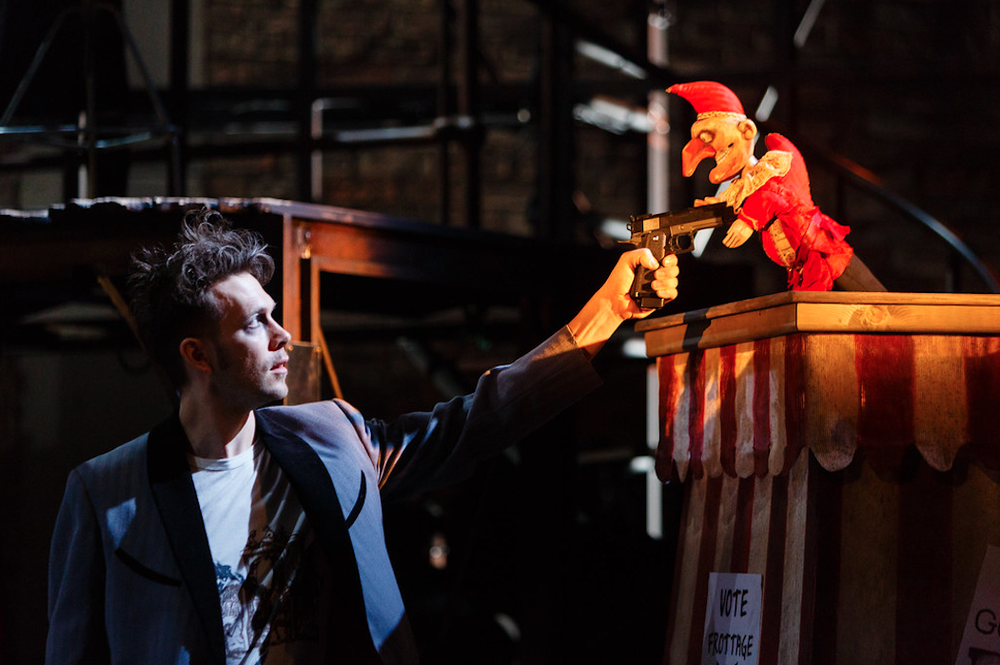 This is definitely something to bark about–sweet and sour, joyous and despairing, loveable and hateful–as it follows the antics of the amoral seaside contract killer MacHeath (Dominic Marsh) who kills would-be mayor Goodman and his pet pooch at the behest of the Peachums, a corrupt family of Pilchard and concrete entrepreneurs who have the local force in their pay. But when the love ‘em and leave ‘em MacHeath marries Peachum's daughter, Polly (Angela Hardie), there is soon a price on his head and the entire constabulary on his tail.

It is a convoluted tale, but Mike Shepherd’s pin-sharp production helps us through Carl Grose’s exuberant and inventive narrative maze that includes double crossing, swapped suitcases, and a nursery of murderous puppet babies. He also has to navigate the moral ambiguities of a show that needs to have you both rooting for MacHeath as he attempts to escape the noose which looms over the stage from the outset but who can never be a hero.

The humour is always as broad as the performance style and Charles Hazlewood’s gloriously inventive score, which slips effortlessly between musical styles, and has more than a cheeky nod to Weill, traditional airs and Ian Drury provides the emotional ballast. It is the score which ensures the evening’s bruised, melancholy heart is always peeping out from behind the cynicism. 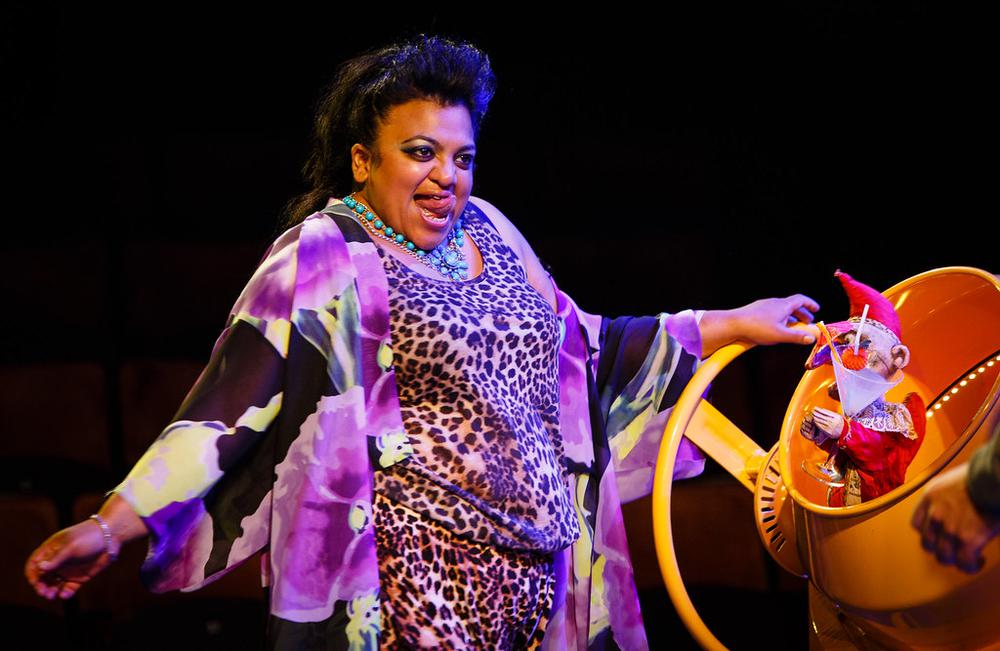 In the wrong hands this could have been over-strenuous, and it certainly wouldn’t hurt if it lost 10 minutes and left you aching for more. But this bracing stuff, skewering the way greed and corruption deform both heart and soul (not least in the transformation of the heart-broken Polly) and is performed with real elan by an ensemble cast.

I particularly loved Georgia Frost’s accident-prone clown, Filch, and Rina Fatania’s Mrs Peachum, who turns out to be more of a criminal mastermind than her husband, but everyone’s a winner—including the audience—in this cleverly put together evening in which laughter abruptly turns to horror.

Dead Dog in a Suitcase (and Other Love Songs) runs at the Lyric Hammersmith until Sat 15 June.