Review: Can I Live? by Fehinti Balogun

In Nigeria, great columns of fire burn off the natural gas produced by the oil fields while the surrounding communities live without electricity. In Cameroon, global warming has brought a decline of over 40 per cent in the annual plantain crop upon which people’s survival depends.

Europe has set targets to cap emissions by two degrees by 2050, but for those living in West Africa that increase would bring nine months of drought and starvation for many.

The world is getting warmer and in Can I Live? (out on a digital UK tour from this week) Fehinti Balogun combines the personal and the political to ask questions about climate emergency, eco-activism, and whether the climate crisis is a class crisis and a form of modern colonialism. Who is getting richer because of it and who will suffer most from the consequences? Who can afford to protest when protest requires money, stability and time?

This is a feverish hour that combines spoken word, music (terrific), poetry and weaves facts into personal experience. The resulting work is both entertaining and informative, but also asks some hard questions and holds not just governments but all of us to account. 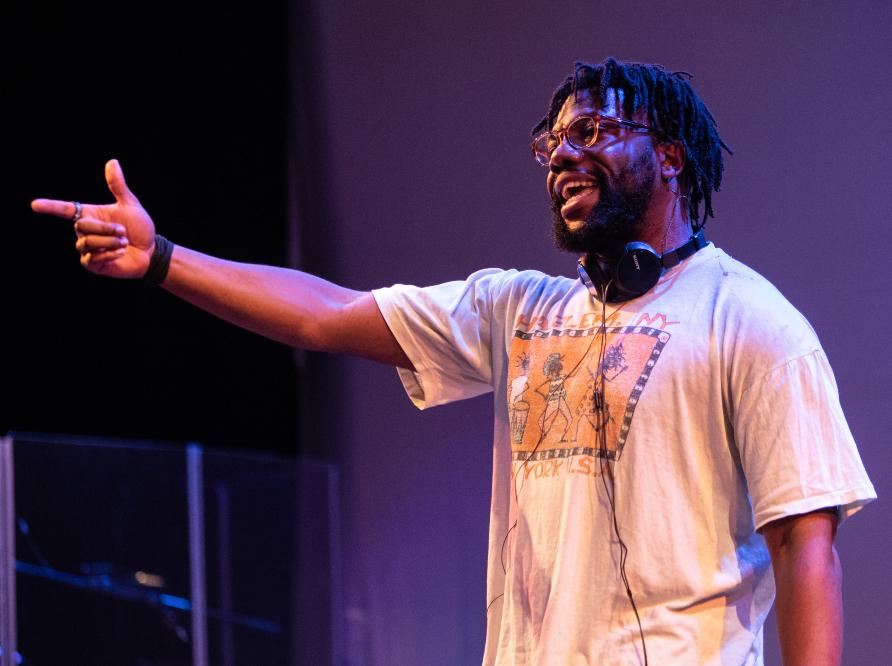 Directed by the Bush’s associate director Daniel Bailey with Complicite’s Simon McBurney, Balogun’s show flirts playfully with the idea of the domestic and the public in intriguing, and sometimes surprising and effective theatrical ways. There is a brilliant moment when the piece suddenly opens up, and a beautiful one when Balogun appears to be under the sea amidst darting fish and coral reefs being destroyed by the increasingly acidic oceans. It offers some neat comic interventions but also plenty of home truths through his relationship with his mum, an ordinary and yet extraordinary women trying to get by in adverse circumstances.

In raising the question who can afford to be a climate activist, Balogun also raises the question about who can afford not to be a climate activist. It’s all our problem and it's a problem that doesn’t sit in isolation but is part of wider fights for justice and power. Theatre is a good way to raise these debates and Balogun knows that, using the form not just to inform but as a call to arms.

You can find tickets for Can I Live? here.