Review: Blues In The Night

The Kiln’s air conditioning will ensure you are cool as a cucumber; it’s the performers on stage who generate the heat in Blues in the Night

Blues In The Night

First seen at the Donmar in London over 30 years ago, it is the musical equivalent of being rubbed all over in warm, smoky melted butter. It takes the glorious blues numbers written by Bessie Smith, H Gray and others of the pre and post-Depression era and spins them into a web of longing, love and lost. It’s not quite a compilation musical and it is something more than revue.

Directed by Susie McKenna, famed for her annual Hackney Empire pantos, this is an evening which is all slink and smoulder as three unnamed women, at different stages in their lives—the Girl (Gemma Sutton), the Woman (Debbie Kurup) and the Lady (Sharon D. Clarke)—who are all boarders in a run-down hotel, reflect on the gap between their yearning for romance and stone-cold reality. 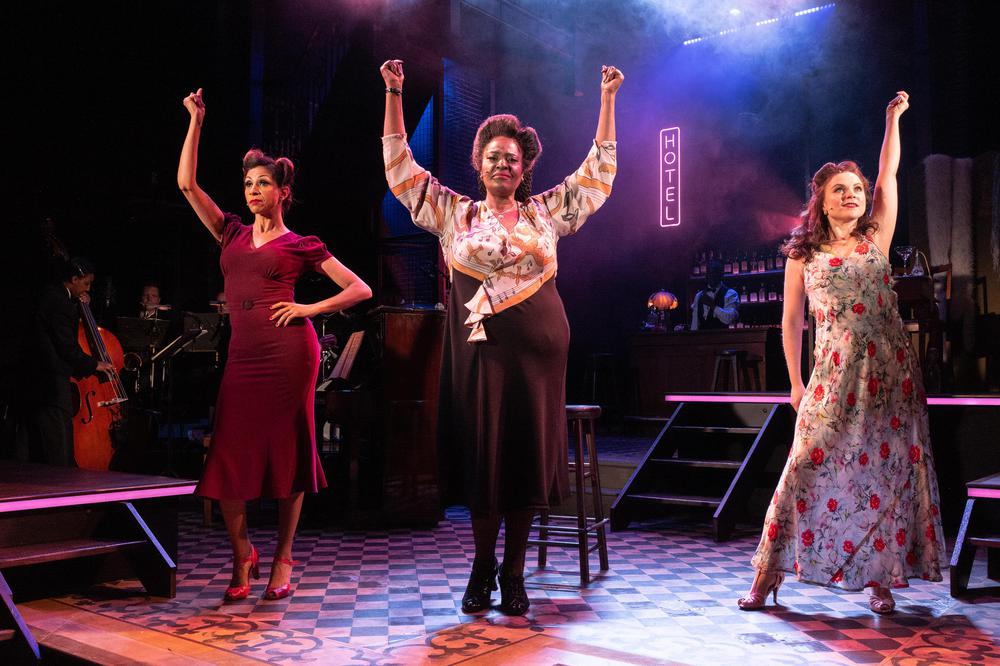 Not that any of them are ever stone-cold sober. Smith’s Wasted Life Blues and Nobody Knows You When You are Down and Out tend to be sung with a drink in hand and often through a glass darkly. Clive Rowe plays The Man, a womanising wastrel, who represents all the heart-breakers these women have encountered. This is an evening in which optimism and experience are constantly rubbing up against each other. Often causing sparks. 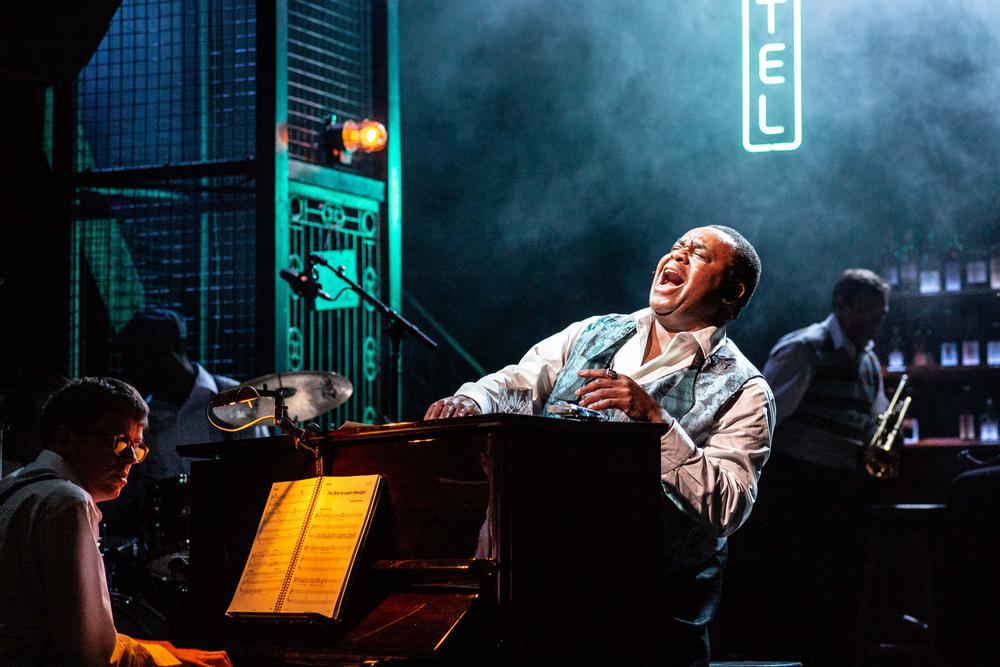 Clive Rowe as The Man.

It is, of course, entirely hetro-normative and hails from an era when women didn’t question that the price of sinking into his arms was that you were likely to end up with your arms in his sink for the rest of your life. But there is a reason why these songs, from It Makes my Love Come Down to Am I Blue, have survived. Each one is a tiny nugget of narrative that tells its own—often sad—story. There is sauce too: Clarke’s Lady, a woman who insists she is not getting older but better, has real fun with Kitchen Man, a reminder of just how deliciously filthy some of the era’s songs could be. 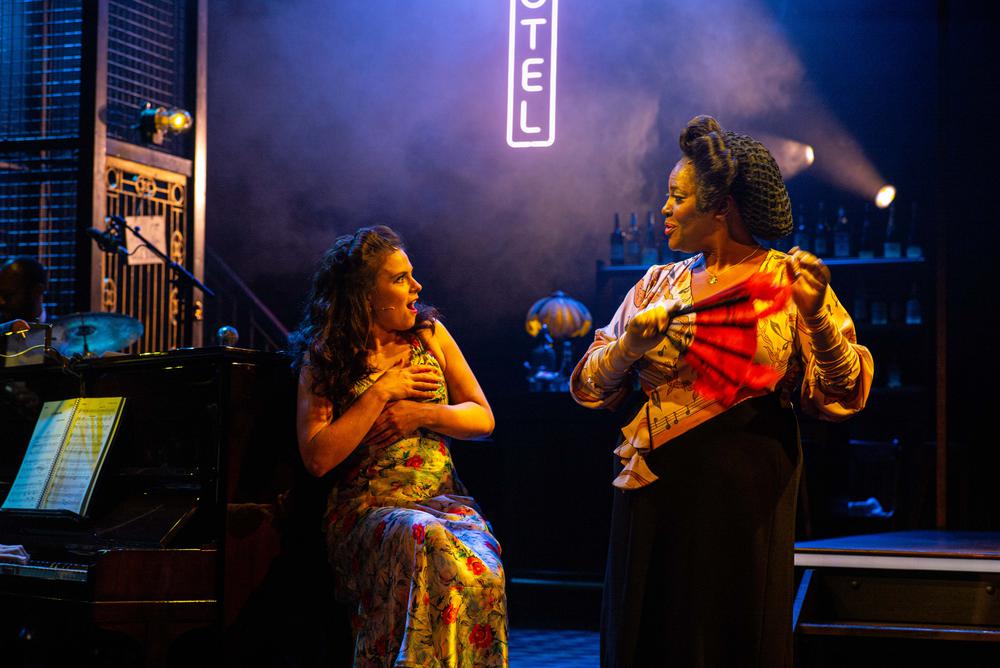 This is exquisitely performed by a first-rate cast, and played out on Robert Jones’ atmospheric design that creates a run-down hotel lounge where the lights are kept low to hide a multitude of sins—and the bottles behind the bar seem to shimmer seductively. It’s lack of narrative may frustrate some, but I loved its gin-soaked, down-beat soul. When these women sing, they are singing for every woman who ever had her heart broken, and every woman who ever will.

Blues In The Night runs at the Kiln Theatre until Sat 7 Sep.