In Yaël Farber’s extraordinary Miss Julie, a post-Apartheid take on Strindberg, a woman’s body stood in for the blood-soaked land of South Africa itself.

Women’s bodies are bartered over like land and for the promise of land in Blood Wedding (Young Vic) in which Andalusia and rural Ireland meet and mingle in a bastard offspring of Lorca that proves unexpectedly potent. As in Mies Julie, there are bodies buried under the kitchen floor.

Flinty Irish accents collide with Spanish folk songs as women are patted and eyed up like prize cows in a new version of the story of a wedding day that ends in tragedy as the bride elopes with another man. It is written by Irish playwright Marina Carr, and when it comes to poetry and symbolism, Carr can sure give Lorca a run for his money. But she also sniffs out the gender politics of a piece in which revenge not passion, ownership not love, ego not tenderness are the driving motivations of men. Oh, and everyone is more than a little in love with death. 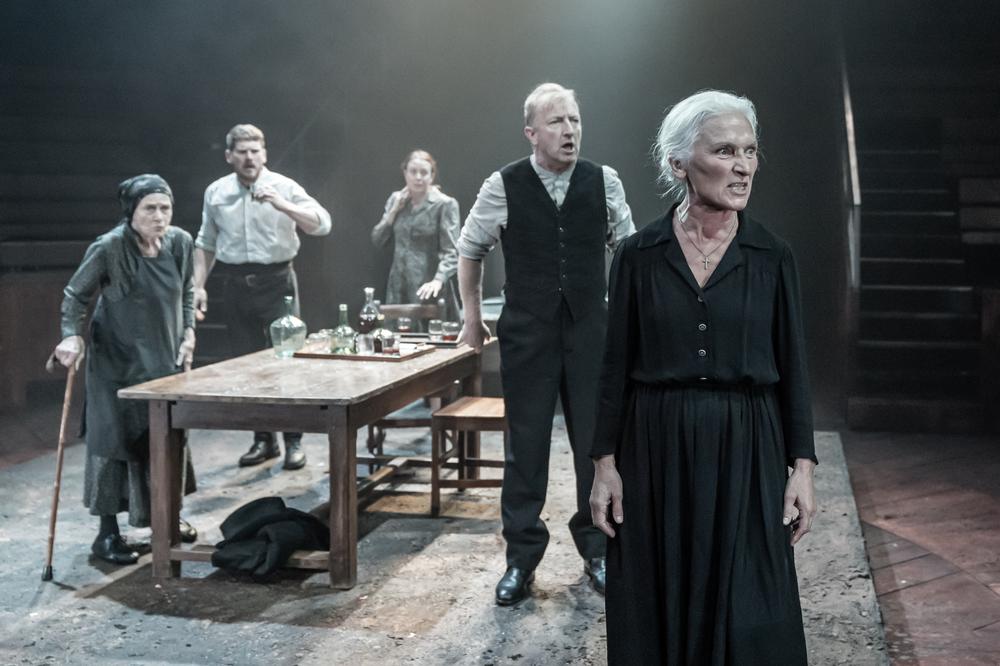 Olwen Fouéré and the company of Blood Wedding. Photos by Marc Brenner.

Older women become corrupted and complicit in the cycles of conflict and revenge, squabbles over land and honour, as if their own bitter experience of marriage only makes them more determined that subsequent generations of young women should suffer in the same way. Her rage bubbling under a mane of scorch-white hair, Olwen Fouéré’s Mother advises her son, the Groom (David Walmsley) that he should indulge in a little light domestic abuse to keep his Bride (Aoife Duffin) in check.

Duffin’s Bride is a deliciously sulky, sullen creation, a stroppy teenager who knows that she wants more from life than women are supposed to dream of, but still ends up snared as her former beau, Leonardo (Gavin Drea), snatches her from the wedding party. She dares to believe that they are galloping to their future; he knows they are galloping to their doom. Bríd Brennan’s Weaver stalks the stage pulling out the threads of the story with the implacable gaze of one who knows the pattern is already fixed. 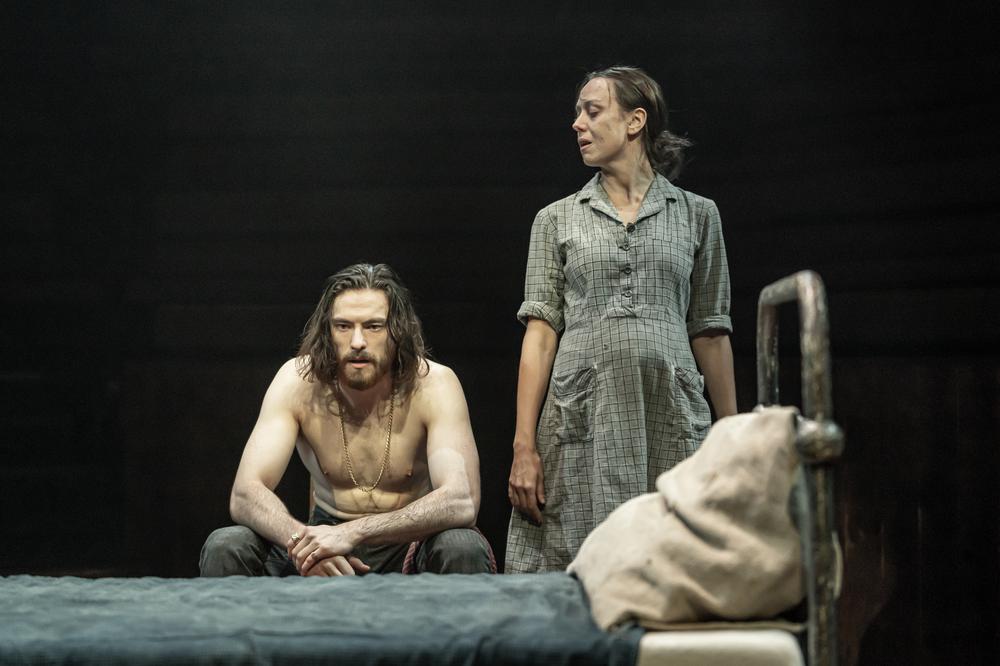 There are moments when this rich, doomy, brooding evening feels just the tiniest bit over-egged. But, my, it is a thing of terrible beauty full of sound, icy fury and startling images. Thalissa Teixeira beguiles as the Moon. Two woodcutters stalk the stage like a double vision of death. Circus style straps are uses to depict Leonardo’s flight with the stolen bride running alongside to keep up. The cast emerge from the darkness, silhouetted like the walking dead.

Quashing the mistaken idea that there is anything in the least bit romantic about Blood Wedding, Farber shows us it’s maggoty heart and she does it with a brutality that spares nothing.

Blood Wedding runs at the Young Vic until 2 November.