So, to which Betrayal exactly does the title refer? There are many different kinds of betrayal in Harold Pinter’s 1978 play inspired by his own adulterous relationship with Joan Bakewell.

In Jamie Lloyd’s revelatory revival, the final offering in the Pinter at the Pinter season, the real betrayals come not just from the sexual coupling between Charlie Cox’s literary agent Jerry who has a seven- year affair with Emma (Zawe Ashton), the wife of his best friend Robert (Tom Hiddleston), but from the spider’s web of secrets and lies that infect a long friendship and each family.

One of the most emotionally telling moments is one where Hiddleston simply sits on a chair hugging a sleeping child to him as if desperately trying to limit the damage of the grown-ups. The stage sometimes feels filled with absence, particularly the unseen children and Judith, Jerry’s wife, who never makes an appearance and who is presumably making the kids’ tea before heading off for her night shift as a doctor while he and Emma are playing pretend home in the afternoons in their rented Kilburn flat.

It would be easy to dislike Betrayal and it’s self-absorbed affluent Hampstead literary trio who don’t seem to have any money worries or child-care issues. But Lloyd and his cast make us engage with them in a production full of ghosted moments in which all three of them are constantly on stage, present even when they are not appearing in a scene, like a constant niggling absence.

Played out on Soutra Gilmour’s plain-walled pared back design which makes you think of the gallery where Emma works, Lloyd’s production doesn’t so much present these characters to us as exhibit them. At times they are like statues on a revolve to which Lloyd applies a forensic gaze. He is constantly placing them spatially in a way that is painfully revealing of their emotional connections and disconnections, offering an almost sculptured quality. There are only ever two seats, so it’s like a theatrical version of musical chairs in which one of the three will always lose out. 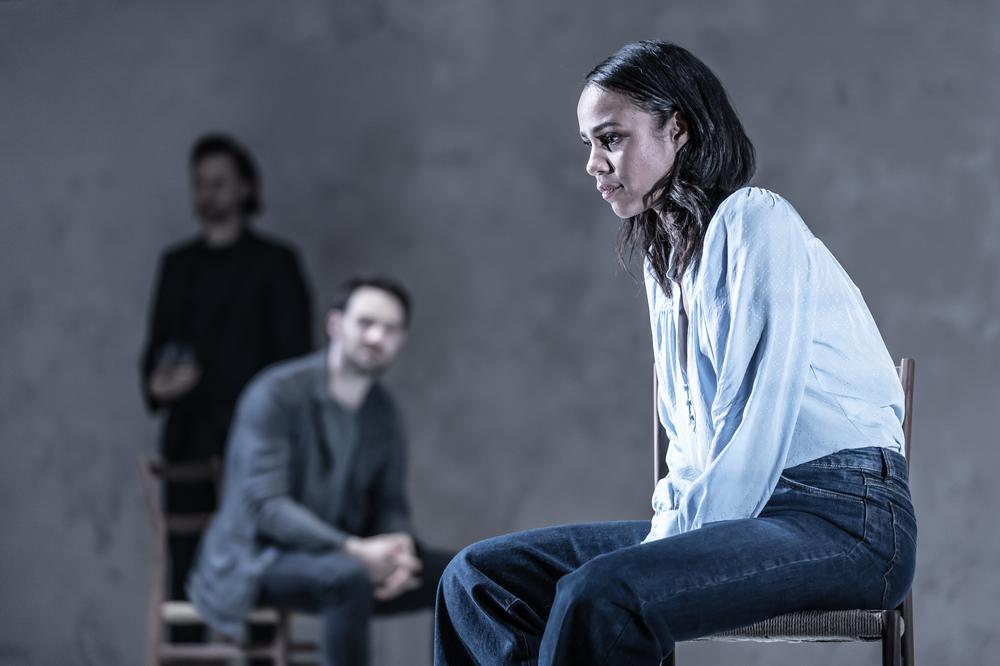 The brilliance of this would matter not a jot if the acting didn’t have a crystalline intensity, but it does. Hiddleston invests Robert with a mixture of suppressed rage and grief, at one-minute stabbing at his prosciutto during a lunch with Jerry as if he is trying to murder it, at another his eyes suddenly pooled with tears. Pinter’s play operates backwards as a series of tiny reveals and Hiddleston’s performance reflects that. Exquisitely. Painfully. 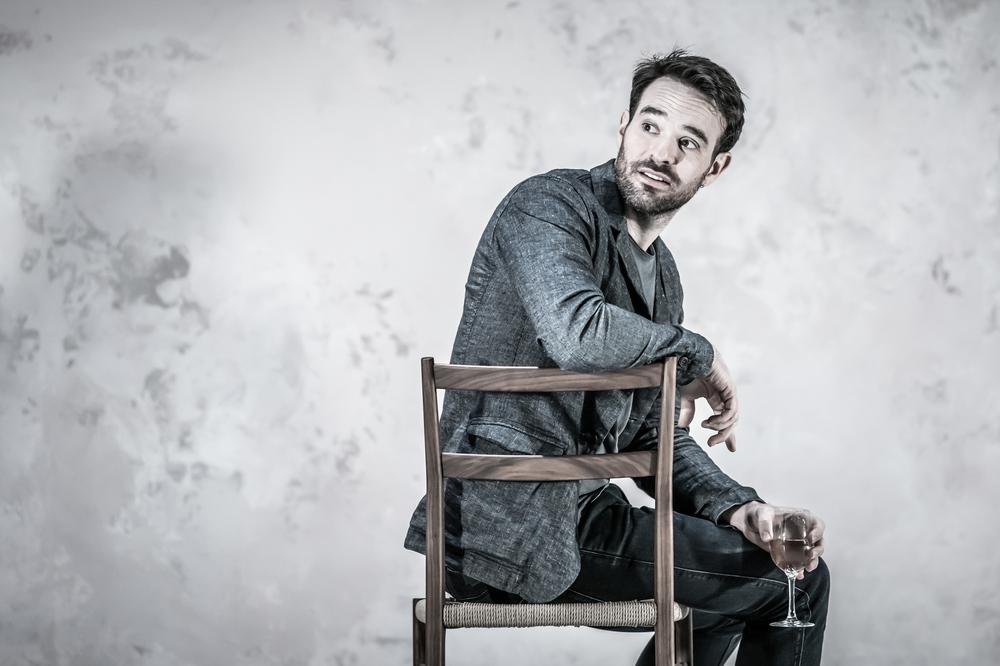 There is equally good work from Cox, as the apparently more laid-back Jerry who is nonetheless a man who you feel gets what he wants and always lives life on his own terms, and Ashton whose Emma has a teasing, self-contained blankness as if trying to protect herself from feeling anything. The moment when she hands back her keys is devastating. The actors never make us try to like the characters; as a result, they fascinate all the more.

Betrayal runs at the Harold Pinter Theatre until Sat 1 June. You can find tickets here.