Crimes pays but there is also a payback for Aurélia Thierrée in Bells and Spells.

It is a show of illusion, sleight of hand and sleight of mind made with her mother Victoria Thierrée Chaplin, who is the daughter of Charlie Chaplin and the grand-daughter of Eugene O’Neill. It’s quite a pedigree: Aurélia is the sister of James, the great circus performer whose shows include The Toad Knew and Raoul. She was practically born in a trunk.

Aurélia plays a kleptomanic who helps herself because she can’t help herself to anything that takes her fancy. A beau (dancer Jaime Martinez) who goes off to get some drinks finds his snug stripped bare, in a posh dress shop she becomes a quick-change artist, she inserts herself in paintings and medieval tapestries. 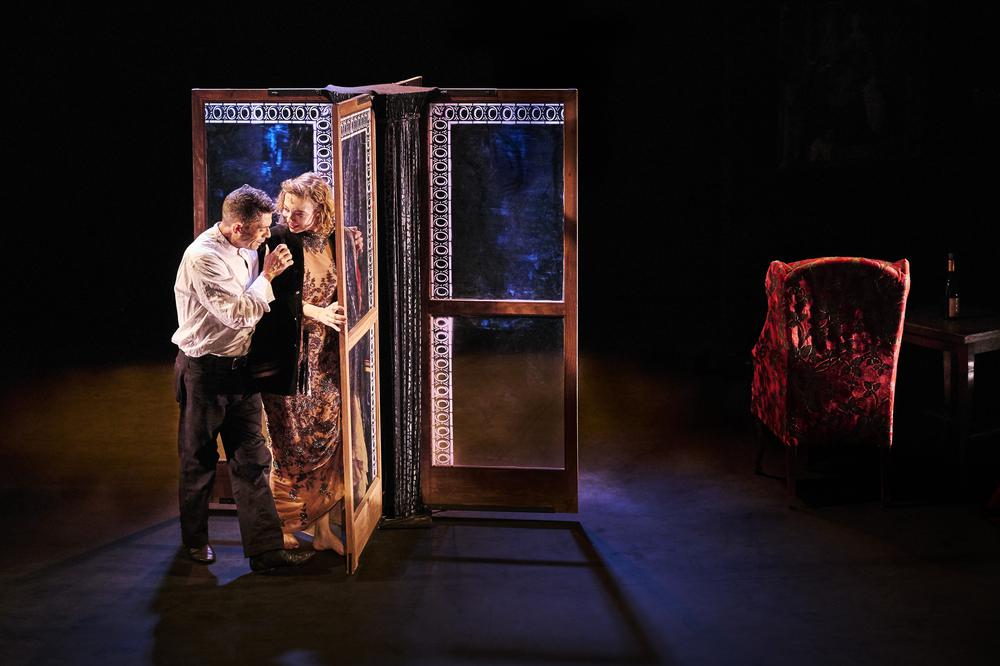 It is an utterly distinctive show, charming too. Perhaps at times a tad too charming, but its rackety aesthetic is beguiling, and it fits the Coronet like a fraying diamante glove. There is the sense of being inside somebody else’s absurd dream, a place where clothes become ducks, hat-stands transform into mythical beasts, disembodied heads appear and—more sinisterly—the pattern on a stolen scarf takes over an entire kitchen like a bewitchment or physical manifestation of a guilty mind. Images from one scene slip slide into another with a strange, skewed logic. 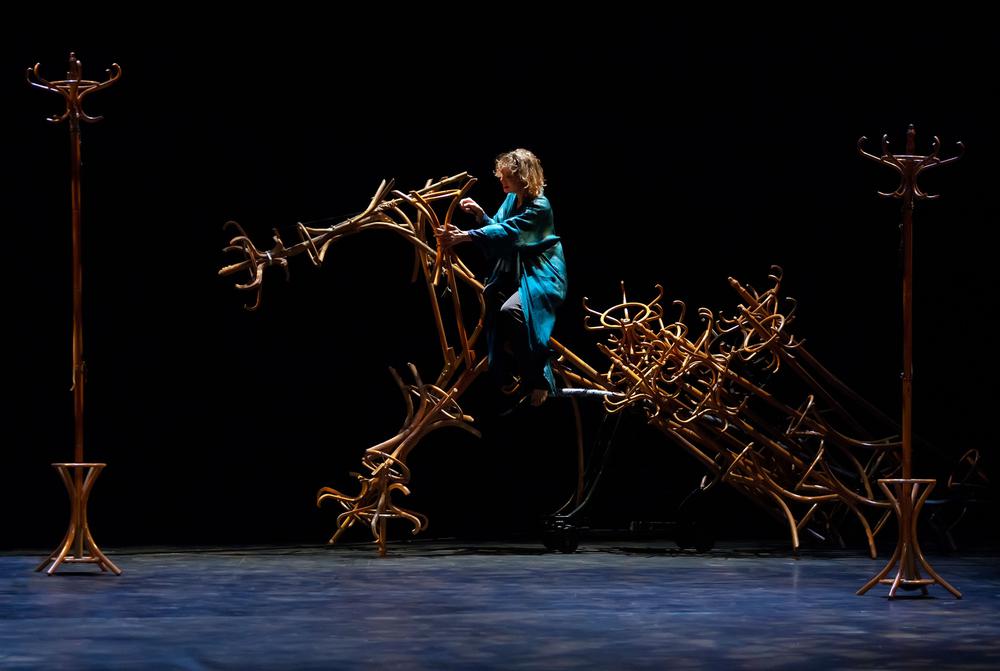 One of the pleasures of this brief evening is the skill with which it delivers its illusions in such a low-tech fashion. The show uses a few flats, a flimsy revolving door, a row of chairs, hat-stands and a ton of visual guile. Its aesthetic is fascinating: the tricks are just as enjoyable when you can see how they are done as when they amaze. It’s a show about a con-woman in which the cons are made visible. It’s a lovely conceit and executed by Aurélia and her partner in crime in captivating style.

Bells and Spells plays at the Coronet Theatre until 14 Dec. You can book your tickets right here on Stagedoor for the same price as going direct.