“Some kinds of loss are very hard to name,” says the woman on stage at the start of Julia Leigh’s memoir Avalanche which plays the Barbican until next weekend as part of its Fertility Fest.

We all know about the pain and the grief of losing someone, sometimes even something we hold very dear. But can you grieve for what you have never had, in this case a child?

The answer is unequivocally yes in this devastating 90 minutes in which Maxine Peake spends the vast majority of time completely alone on stage in Leigh’s autobiographical story about how she got to age 38 without ever thinking about having children. But then a rekindled relationship ignited a twinge of desire which turned into a flame of obsession. 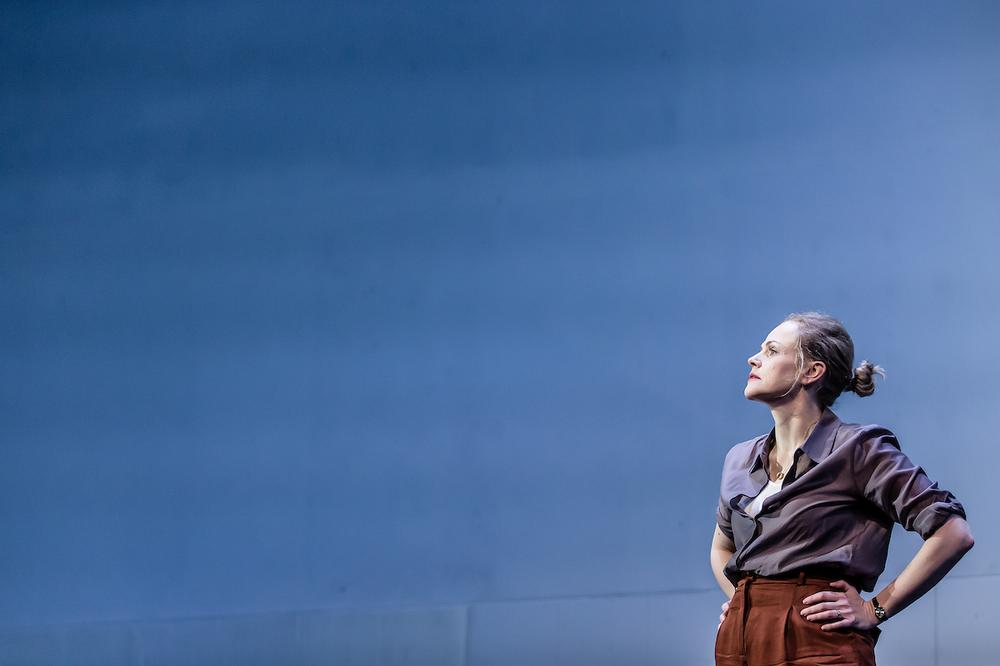 Maxine Peake in Avalanche. Photo by The Other Richard.

It takes quite something to hold a stage for 90 minutes on your own in a first-person narrative as Peake does here, but there wasn’t a second when I wasn’t entirely riveted, or with her in every sentence, every heart-beat. It is an extraordinary performance as unshowy and piercing as Leigh’s quietly graceful writing.

Avalanche explores a grief we too seldom talk about: the grief of childlessness, and it does it with a mixture of self-awareness that is sometimes self-mocking but mostly as painful as a bruise. It is absence that really hurts here, made all the more palpable by the occasional presence of little ghost children, or childlings as Leigh calls them, making us think of the changeling children left behind by the child-stealing fairies. Not since Dennis Kelly’s Girls and Boys has absence felt so unbearably present.

Avalanche charts so many kinds of loss. Leigh loses thousands of dollars to the IVF industry, she loses career opportunities, she loses her mental and physical health to the quest of giving birth to a child, and of course she loses hope. “I allowed the world to become a smaller place,” she observes. It’s as if she has taken up residence in the doll’s house that is perched on stage where a childling unselfconsciously plays, as oblivious to all-consuming adult desires as cruel nature herself. Marg Horwell’s design takes a while to really reveal itself, but the sense of a woman gradually becoming increasingly exposed in a room and a world where even the furniture becomes fragile and the walls of the house disappear, is cleverly suggested. 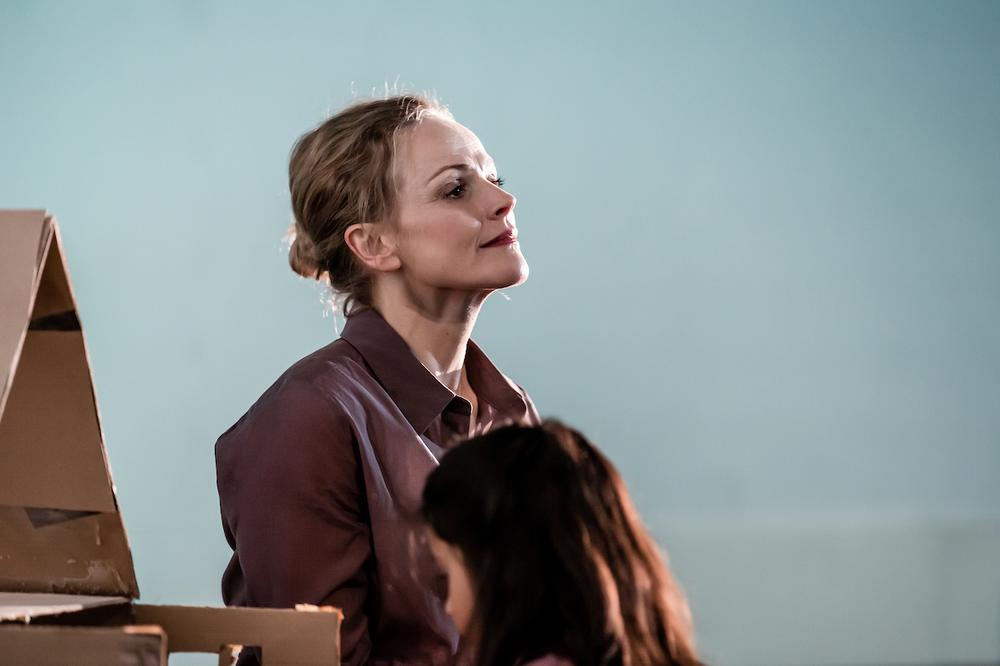 Astonishingly there are still tickets available for performances this week. Even if you’ve not given much thought to how infertility affects others, do go because Avalanche does indeed remind us that some losses are hard to name. But it also brilliantly and compassionately articulates how desire, obsession and grief are all part of what make us human and how easy it is to find ourselves caught up in the avalanches of life that we never saw coming.

Avalanche: A Love Story runs at the Barbican until Sunday 12 May. You can find tickets here.