Florencia Cordeu was just a year old when her family fled the Argentinian dictatorship in 1976. For many years while in exile, in the days before Skype and Facetime, Cordeu’s family communicated with those they left behind in Argentina by sending and receiving cassette tapes.

Often the tapes simply detail the weft and weave of daily life. The sound of children singing. A game in which their father pretends to be a big bad bear. Time slips away, the past becomes the present. The inconsequential and banal becomes impossibly charged. The long dead suddenly rise again, their voices crackle into life as if they are with us in the room.

In Autoreverse (Battersea Arts Centre), the first show in the Going Global season, Cordeu offers a message to the future by excavating the past using the cassette tapes, carefully preserved in transparent plastic bags, but which are decaying. Cassette tapes have a life of 30 years, these ones are already four decades old. Each time the play button is pressed might be the last. 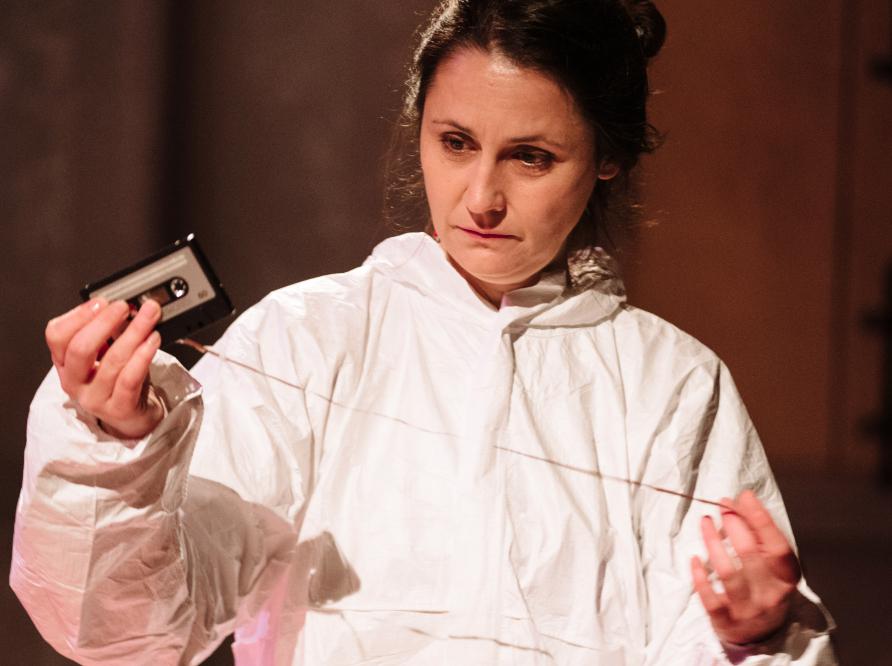 The room is set up like an installation with old fashioned cassette players perched on tables and stools, microphones dotted around the space. For most of the show Cordeu is dressed in a hazmat suit like a forensic pathologist unearthing a corpse. Yet one of the most interesting things about the show is the way it fills the room with absence. At one-point Cordeu holds up an empty bag. There is no cassette in it. The voice of her uncle, one of Argentina’s 30,000 disappeared, is missing. Part of family history but also absent from it. As if he too, like Cordeu, is in a kind of exile.

This is a very different from the kind of let it all hang out autobiographical one person show that is currently very much in vogue in British theatre. This is much quieter, more reflective, infinitely slower, and without any grandstanding payoff that sends the audience out into the world on a high because trauma has been overcome. Not everything in Omar Elerian’s beautifully restrained production lands, and the show doesn’t entirely find its end in a meditation of what it means to belong, but it is a piece that operates as much in the gaps and the silences as it does in any actions or words. It knows it needs to take its time. 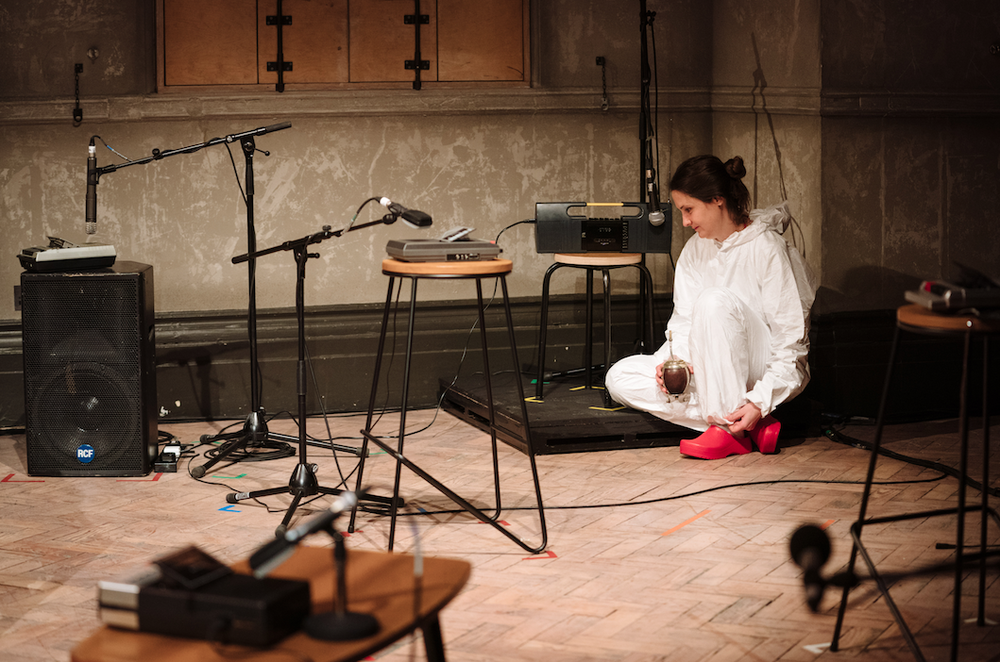 Like the work of other South American theatre makers such as Lola Arias and Guillermo Calderon it is deeply concerned with memory, the tricks it plays, what we do and don’t recall, and how the act of forgetting is always filled with memory. Each time Cordeu plays one of the tapes it creates a memory of a period that she was too small to actually ever remember. The tapes override and overwrite her memories and fill in the gaps and absences.

What is it, asks Cordeu, that we remember: as individuals, as a family, as a country? How does memory make us? Every night in this beautiful, textured, unassuming show Cordeu remakes the past and in that very act secures her future.

Plus, if you book using the app before Sunday 9 Feb you can use promo code BAC5 to save £5 on your tickets!