When bad things happen you often armour yourself against the world. Fifteen years ago, while still a teenager, Sam (Michelle Fox) was abducted and held prisoner in her small American hometown where she now lives with her husband John (Mark Quartley).

Sam associates safety with guns (she was snatched from her abductor by a gun-toting neighbour) and for her and John sexual foreplay is less about nuzzling than holding a muzzle to each other’s heads. But when a sex game with guns turns bad, the couple try to wean themselves off their addiction to firearms. “No guns, more fun,” is John’s (unconvincing refrain).

But the stakes get higher when Jessica, a local 13-year-old-girl goes missing, and Sam’s brother Scotty (Nima Taleghani) turns up, not just with a full arsenal of weaponry, but also a shared history with Sam which manifests itself in the same game played over and over. 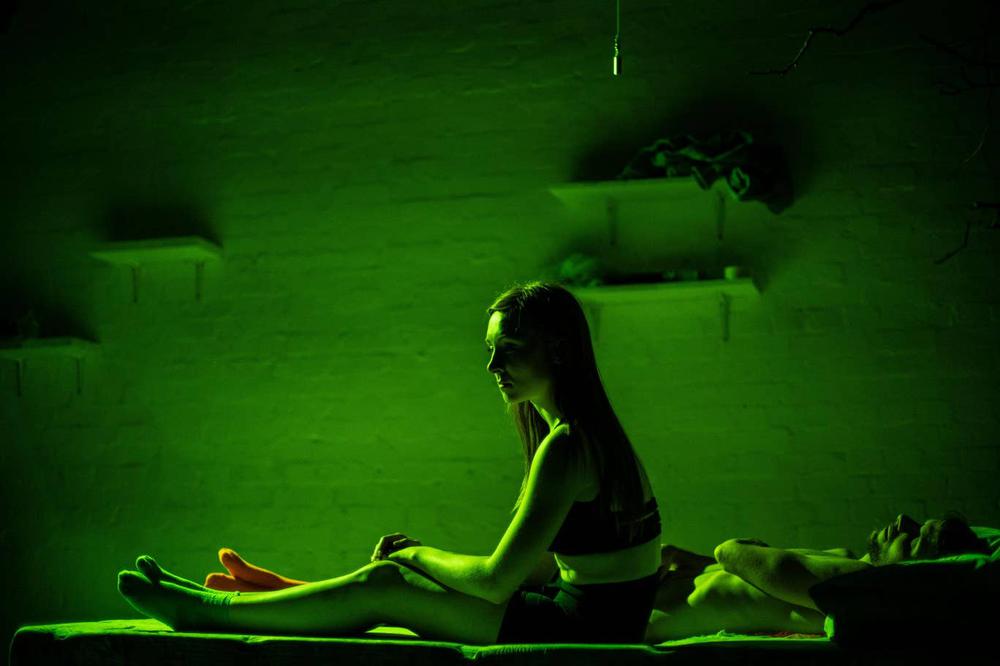 Sarah Kosar’s Armadillo, a disturbingly off-kilter drama at the Yard feels as if it was written and is being directed by Sara Joyce on full throttle. It fills the theatre with a wired, amphetamine buzz. It is both thrilling and a wee bit frustrating because it is never quite clear whether all that is left ambiguous (a great deal) is pointedly deliberate or a failure of rigorous dramaturgy. I’m very much inclined to the former, but while Joyce’s production is undoubtedly eye-catching it does sometimes seem like a surfeit of style over substance.

But, hey, there is a lot going on here just beneath the shiny, spikey surface, not least in the way it charts the very different ways that the disappearance of two teenagers 15 years apart are treated, and how it signals that surviving abduction is a life long sentence for Sam. She will never get over it. In a neat little twist, the high school contemporary, Kristy (Hannah Morrish), who most doubted Sam’s story at the time is now the local news reporter covering Jessica’s disappearance. The show slyly hints that when traditional media narratives of the abducted female—raped and left for dead—are not fulfilled, then the survivor can find their story questioned and held up to constant scrutiny. Perhaps even by themselves. 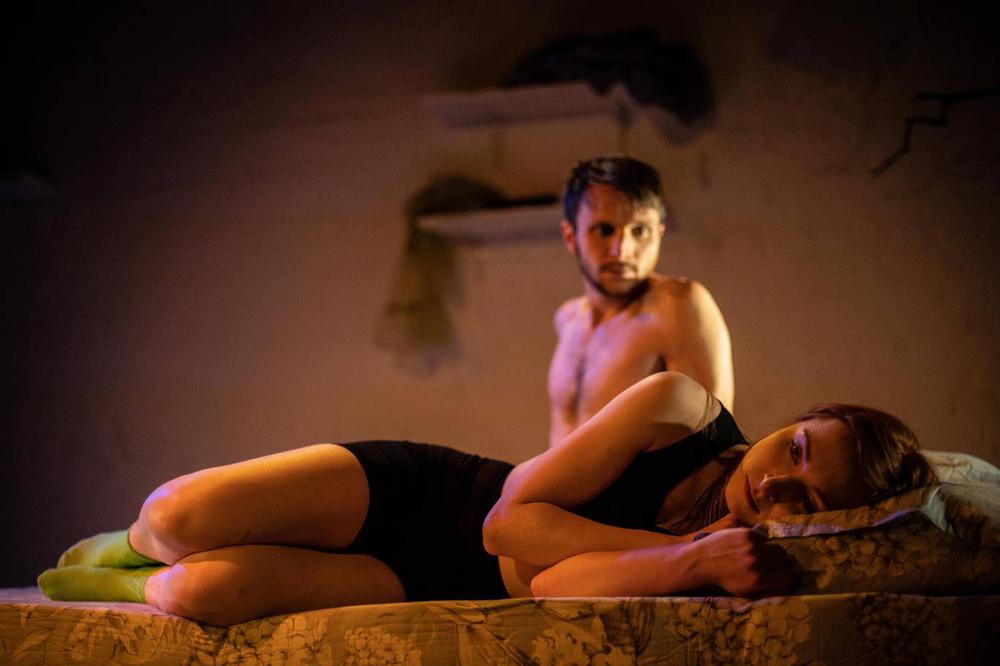 For all its flaws this is never a dull evening. It’s a slippery and intriguing if often a maddening 80 minutes, and comes with bells, whistles and Ash J Woodward’s clever video design, James Berkery’s impressively choreographed movement and Jasmine Swan’s surreal design that offers Nerf guns arranged tastefully on the living room wall like flying ducks.

Best of all is Fox’s performance as the damaged Sam, a woman who sometimes looks like a Teflon-coated doll. One who is forced in the absence of the support and acknowledgement she so desperately needs to find her own ways to tell and retell her story. In the process she becomes armed and dangerous.

Armadillo runs at the Yard Theatre until Sat 22 June.