You only have until tonight to see Anne meets Jeffrey at Battersea Arts Centre, but you should. Not least because to see is to bear witness.

More than a decade ago in her native Holland Emma Berentsen was on her way home from a party when she was pulled from her bicycle and repeatedly raped over several hours. She thought she was going to die. During the course of the ordeal her rapist asked her name, and she said she was called Anne. He told her that he was Jeffrey.

Anne Meets Jeffrey, which takes its title from the arranged meeting that Berentsen had with her rapist after he had been released from prison and which is partially recreated here, offers an insight into trauma. But it also asks pertinent questions about how you make responsible art about a violent act. 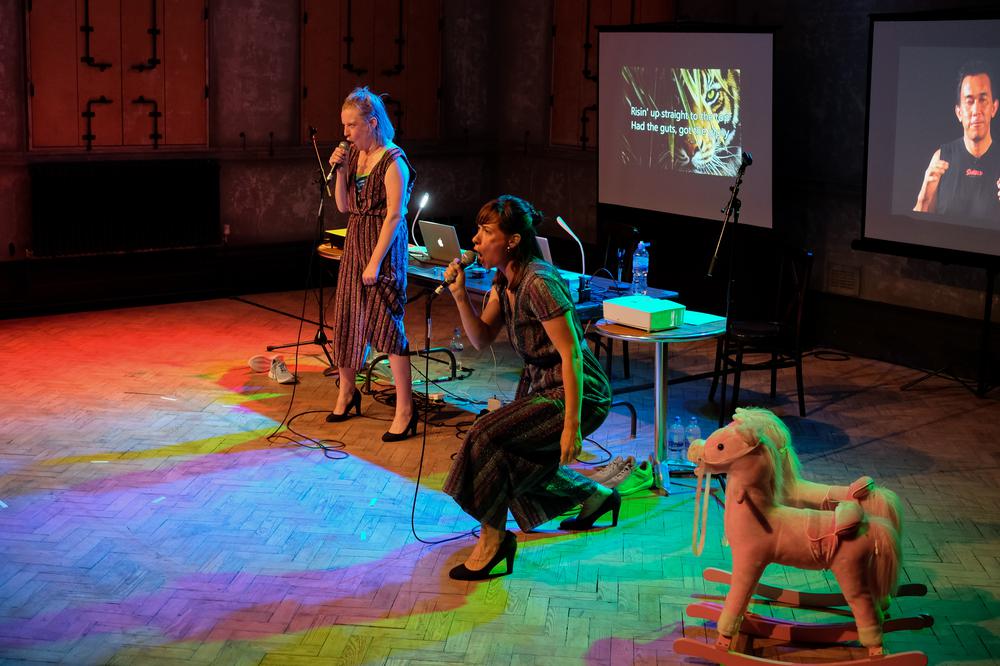 It is as if Berenstein has turned detective not just on her own life—the stage takes on something of the atmosphere of an incident room—but also to explore how we talk about rape, both in real life and also in the theatre, and examine how trauma is processed.

In fact, the process of how the show has been constructed is always highly visible here and it is like a Russian doll, with layer upon layer gradually revealed. Neither victim nor rapist gave their real names and the piece encompasses this and is both playful about role-playing while also being deeply serious about the disassociation which can be part of trauma. 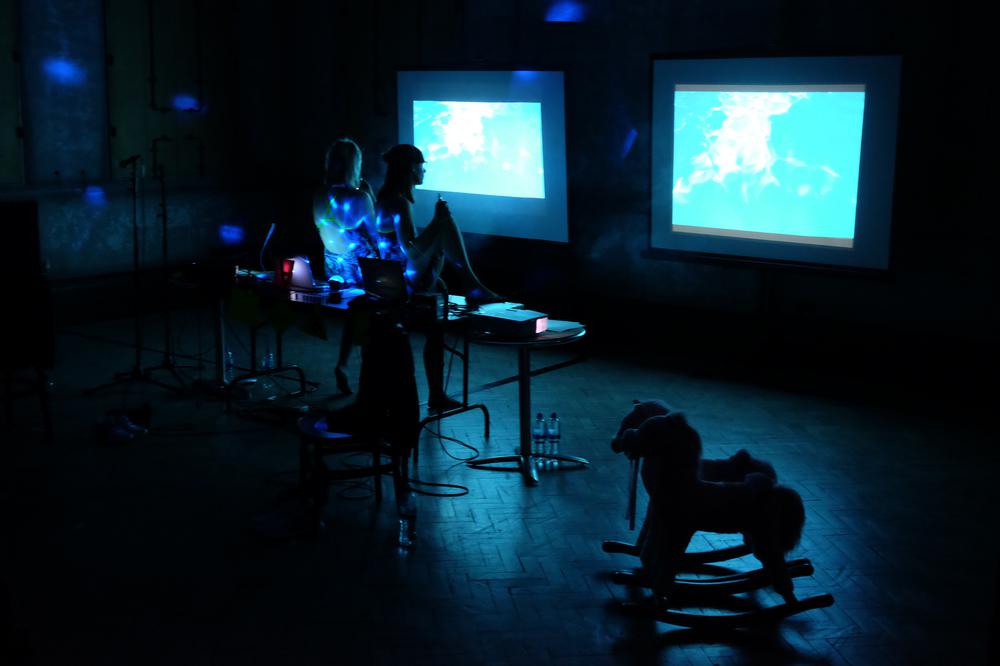 There is a moment when Berentsen plays her own rapist and her collaborator, Tiffany Murphy, plays Berentsen. It is made all the more potent because during the dialogue (lifted verbatim from Berentsen’s meeting with her attacker) he implies that he is the victim and it is his life that has been marred by his violence against her.

Berentsen is, of course, not a victim but a survivor, and one well placed to unpick the knotty conundrum about how if we do not speak about rape it remains hidden and yet if we do it is so hard to find the words and ways to do it. This show is Berentsen’s way. She takes control of her own story and is no longer the anonymous young woman whose ordeal was splashed all over the local newspapers. 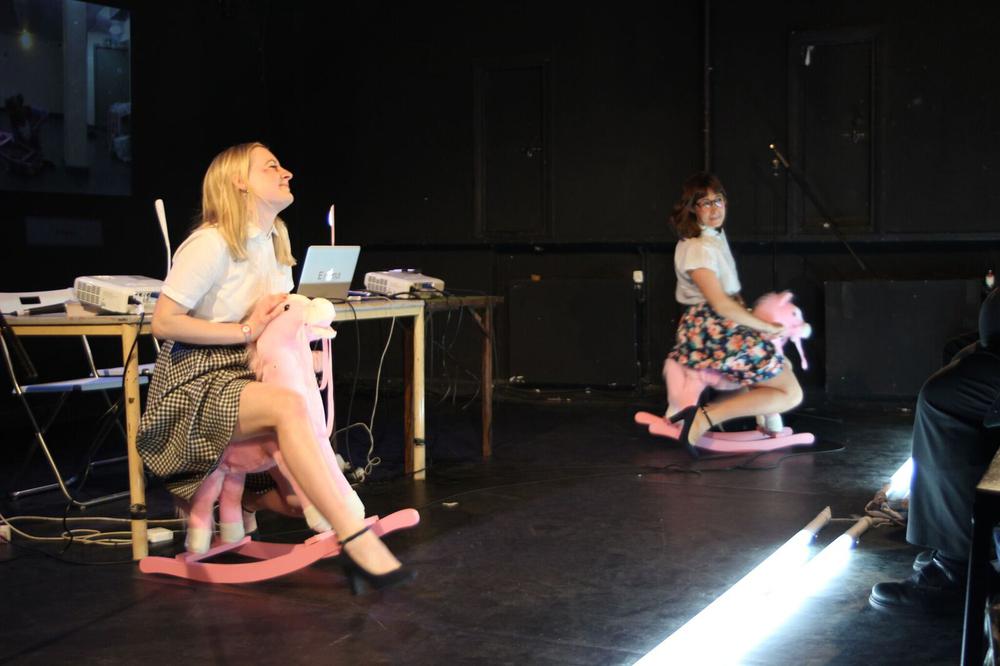 There are two remarkable moments: in the first, the two women dance and smooch with pink rocking horses as if recreating the silliness and exuberance of the party Berentsen attended before the attack. The other is a film of a horse: quiet, contained and unblinking. During her assault a horse was the only witness. Its presence gave Berentsen hope. Now we can be witnesses too.

You can catch the last performance of Anne meets Jeffrey tonight at 8pm.