East Berlin 1968. In their brand-new flat Anna (Phoebe Fox) and her husband Hans (Paul Bazely) are in high spirits.

Soon his work colleagues and new boss, Communist party member Christian (Max Bennett), will be arriving to celebrate Hans’ recent promotion. Anna and Hans are saving up to buy a TV, and life looks good.

But all is not quite what it seems in Anna (Dorfman) a collaboration between Ella Hickson and sound designers Ben and Max Ringham which is directed by Natalie Abrahami. When Anna arrives home from her job as a school teacher it feels as if there might be something creepy to fear in the shadows, and just before the guests are due neighbour Elena (Diana Quick) unexpectedly arrives. 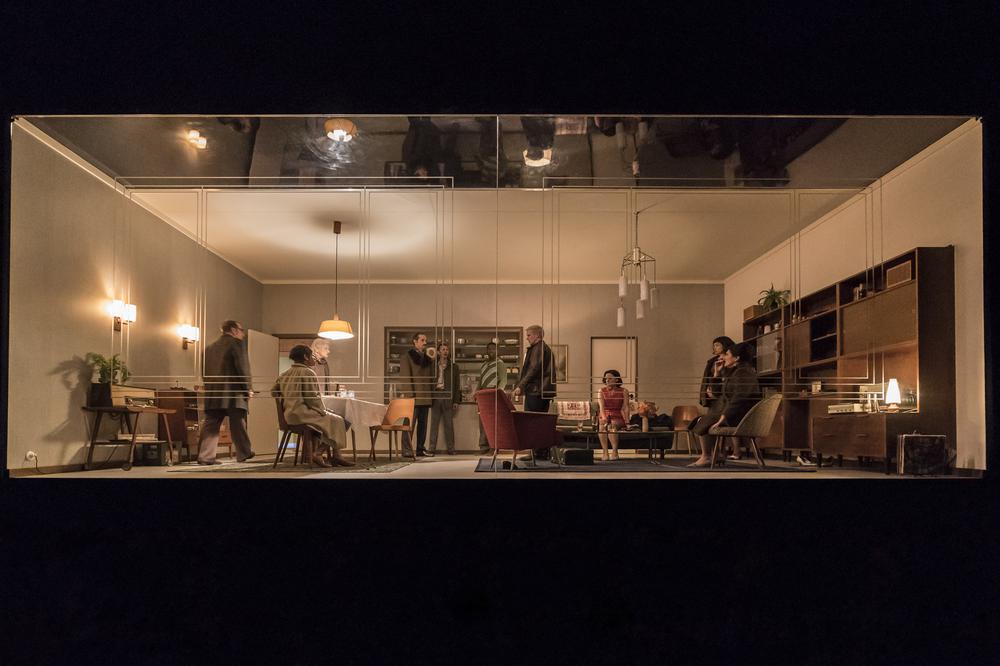 The company of Anna. Photos by Johan Persson

Until just a week or so ago Elena’s husband was Hans’ boss. But then he suddenly disappeared, presumed taken away by the authorities. Now nobody in her block will talk to her or help her get coal from the cellar. Hans is eager to get her out of the flat before his colleagues and new boss arrive.

Like a cross between Vanishing Point’s Interiors which was a silent theatre movie performed behind a glass screen) and David Rosenberg’s binaural thriller Contains Violence, in which we watched the action in a neighbouring building and heard what was happening through headphones, Anna is a gripping thriller. It is set at a moment in history almost equidistant between two defining events: the end of WW2 and the fall of the Berlin Wall.

We watch through a glass screen—voyeurs from the future—as Anna and her husband live in a present strongly influenced by the experiences of the past, and in particular the end of the war. If history proves slippery so too does Hickson’s script and the Ringham’s innovative use of sound which cleverly allows us to see all the action but only hear what Anna herself can hear and says. As with history itself we only get a partial view. 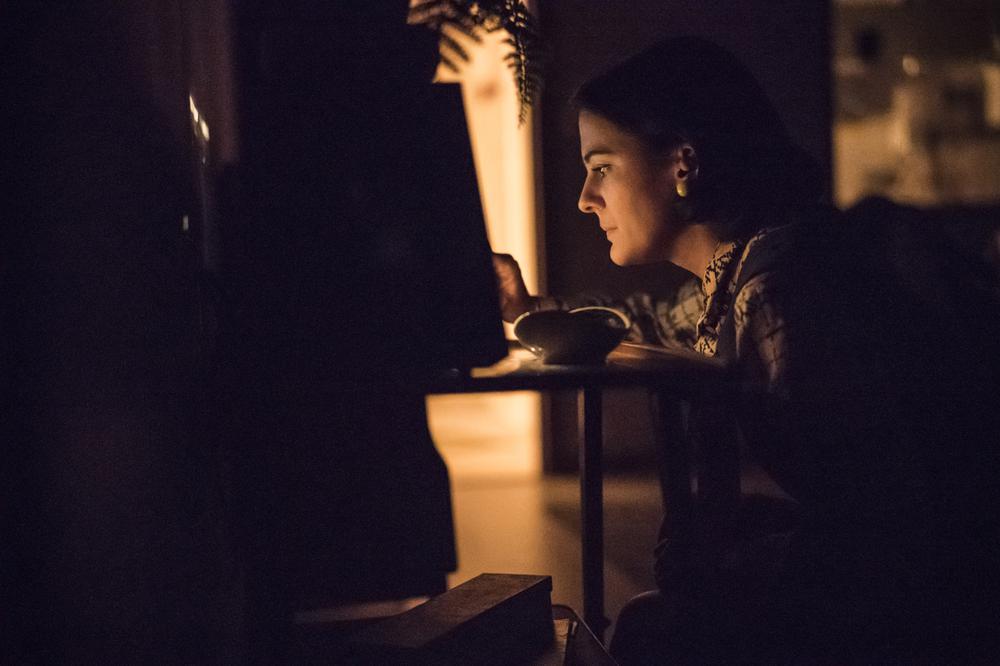 Unlike Anna and Hans, we know that the moment they are living through is only a temporary one. Yet we live our own lives as if on a largely unchanging continuum, trying to secure the best possible and most comfortable present for ourselves, whatever the longer-term cost of our collusion.

This is clever stuff, using a gripping twisty thriller format with real intelligence to take a longer, searching view of lives blown hither and thither by the winds of change, and the desire for many different kinds of safety, economic, social and emotional.

As the protagonists, Fox, Bazely, Bennett and Quick are all superb, negotiating the tightrope between the hidden and the revealed. But even if we hear less from the rest of the ensemble they navigate the technical and dramatic demands of this scenario with aplomb, in the process reminding that we often only see others as bit-players in our own unfolding drama.

Anna runs at the National Theatre until Sat 15 June.