I’ve always loved plays which are a little bit mysterious, and Lisa D’Amour’s 'Anna Bella Eema' (Arcola) is certainly that.

The spoken simply melts into song, a woman turns into a wolf, a child is made out of mud, the real and the fantastical sit side by side in a weirdly enticing slice of Southern Gothic.

Anna Bella and her mother Irene don’t get out much. In fact, Irene doesn’t get out at all. Outside, she insists, is a state of mind. Their world is a fixed trailer on a park where they are the only remaining residents. Cocooned inside, they read books together, Faulkner and Salinger and the Call of the Wild. But the outside is getting nearer: they are right in the construction path of the new interstate highway.

The road is billed as “a crucial upgrade for the future,” but what of Irene and Anna Bella’s future? Particularly as the latter is growing up fast, becoming a whirlwind of pubescent energy, and chafing against the loneliness and confines of the trailer? When Anna Bella fashions a companion—Anna Bella Eema—out of mud, this strange unspeaking child acts like a spirit guide to negotiating and surviving change just as the bulldozers and police begin to gather outside the trailer. 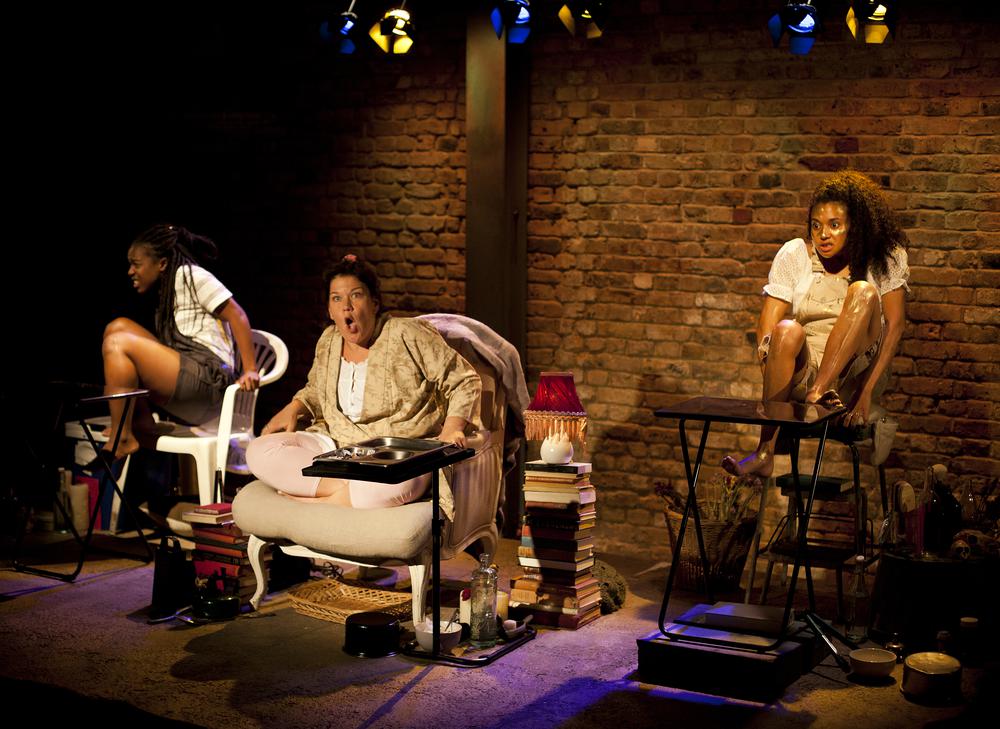 D’Armour is skilled at setting up a world where werewolves visit and leave their teeth behind, where the imagination and the real-world curl around each other, and the supernatural and the mundane are within touching distance. Some of the flights of fancy are over extended and test the patience, but this is never dull, and it firmly stakes out its territory as a play which believes that the magic and essence of theatre is in the way it is can expand an audience’s belief.

Jessica Lazar’s production brings real inventiveness to something that might be overly static, and the performances are mightily appealing. Beverly Rudd is slyly humorous and fierce as Irene, who will protect her daughter even as the fur and feathers fly, Gabrielle Brooks as Anna Bella suggests all the conflicts of growing up and growing away, and Natasha Cottriall in the tricky role of Anna Bella Eema eschews the fey to suggest a mysterious almost Peter Pan-like figure who could lead Annabella astray in the dark forests of the teenage mind or set her on the right path into the future.

Anna Bella Eema runs at the Arcola Theatre until Sat 12 Oct. You can find tickets here.