Think of Amsterdam and you conjure pretty canals and bridges, Anne Frank in hiding, and a tolerant society whose city motto is “valiant, steadfast, compassionate.”

But what does the city look and feel like from the perspective of an outsider, and does the liberal veneer hide darker stories and histories? After all, 75 per cent of Dutch Jews died to the Holocaust.

In Amsterdam (Orange Tree), written by Israeli playwright Maya Arad Yasur, an unnamed heavily pregnant Jewish violinist, originally from Israel, is living in a coveted canal-side apartment. Her career is flying, but when a mysterious unpaid gas bill, dating from 1944, arrives, she is forced to confront Amsterdam’s hidden histories, her own sense of identity and whether she is really welcome.

Can she pass? Or will she always be viewed as the foreigner taking up space in the supermarket queue? Resented for using the resources of the health-centre and for her fortuitous housing. The violinist has always loved the click of her heels on the Keizersgracht pavement, but does the click echoes the heels of the SS officers? Those men who hunted for Jews in hiding, perhaps even in the nooks in the walls of her own flat. 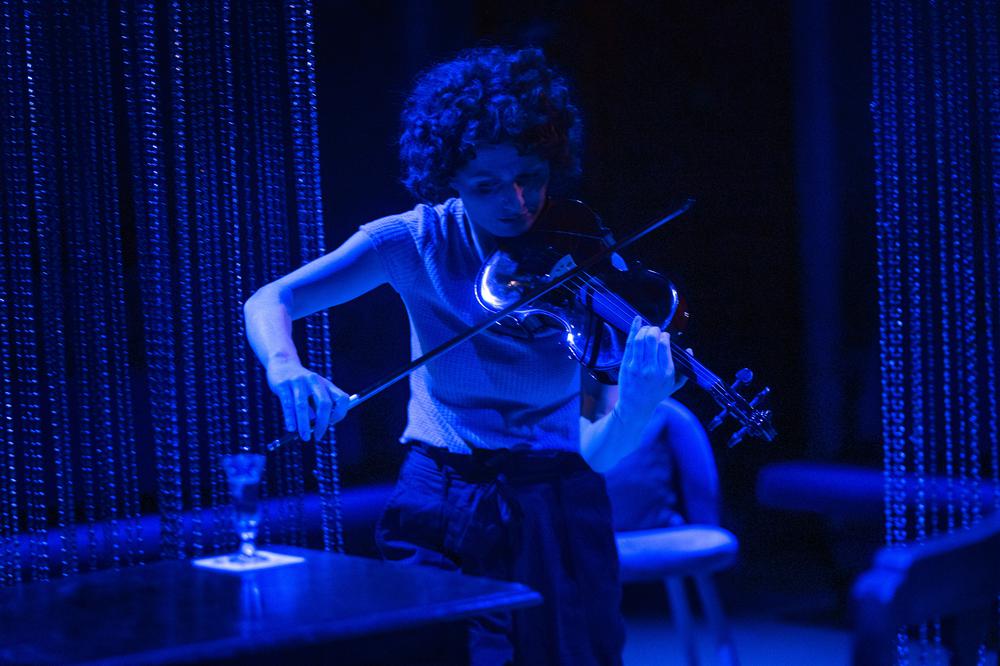 Yasur’s play, co-produced by Theatre Royal Plymouth and orchestrated with a musical playfulness by Matthew Xia in his debut production as the new artistic director of ATC, is pertinent. It arrives at a moment when anti-Semitism is on the rise across Europe and hostility to outsiders is growing. It is also knotty and complex. There are elements of a thriller but, taking place over 24 hours, it is structured in a way that is less about creating suspense and more about giving a platform to a multitude of voices clamouring and clattering against each other—with different points of view, different ways of seeing, different interpretation of the story, and how we see ourselves and others.

The uncertainties—is this all taking place in the violinist’s head?—keeps the audience on our toes and it is always fascinating if not always entirely approachable. I found that when I stopped trying to work it out and instead surrendered to its staccato rhythms and polyphony of voices, as you would to a piece of music, it began to reward.

Like Lucy Prebble’s A Very Expensive Poison you can’t help admiring the intent and the bravado of the fractured structure in which four fine nimble actors—Daniel Ableson, Fiston Barek, Michal Horowicz and Hara Yannas—pass the narrative around them like a hot potato. In the process, they create unstable perspectives, go off on digressions and offer a polyphony of languages. Even the footnotes get dramatized. 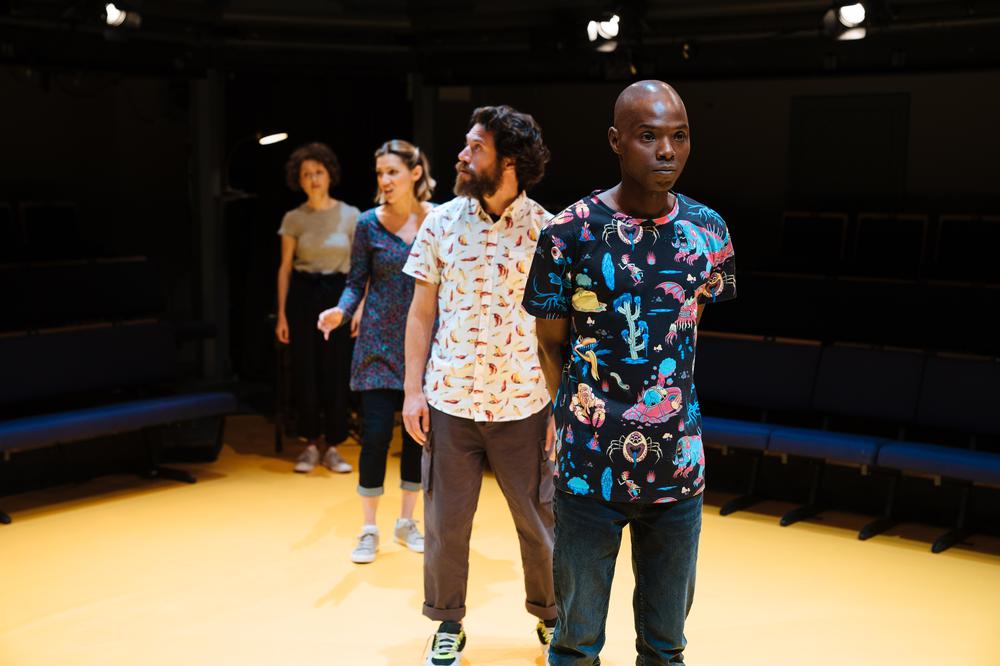 These 80 minutes are challenging, not least in the way they use language as a weapon and gives voice to the prejudices that are thought but lurk unvoiced. It puts us on the spot. It is also given extra resonance in the way it snakes back on the clues it has dropped along the way from a glass of Jenever to an address scribbled on a beer mat. Amsterdam is timely and hauntingly reminds us that the past exists in the present. In failing to acknowledge our darkest history we risk repeating it.

Amsterdam runs at the Orange Tree Theatre until Sat 12 Oct.