Review: All My Sons

It’s clear right from the start of Jeremy Herrin’s revival of All My Sons that this is an America in denial.

Joe Keller (Bill Pullman) is a factory owner who has been tried and exonerated for sending out defective aircraft parts that resulted in the deaths of 21 war-time pilots—but it's not just Joe who is under the microscope.

Arthur Miller’s 1947 play has shades of Greek tragedy, sometimes a little too strenuously. But there is no denying that it makes for gripping storytelling. Three years after the Keller’s oldest son, Larry, went missing in action his former fiancée Ann (Jenna Coleman) returns to the Keller home where younger son Chris (Colin Morgan) is intending to propose. It was Ann’s father, Keller’s former partner, who went to jail for the scam. 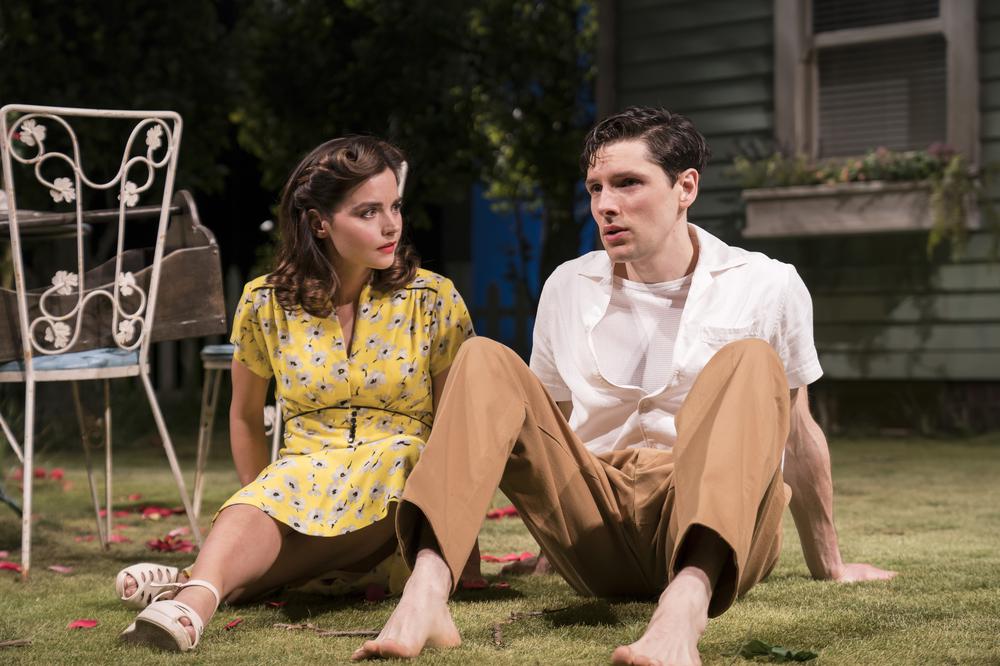 Designer Max Jones’ pretty as a picture mint-green clapboard house paints a cosy picture of suburban America. But it is an image built on lies and secrets which are all pushed to the surface over an 18-hour-period that piles revelation upon revelation. This house may disappear into the shadows at the end, but they still exist all over Trump’s America—winking in the sunlight proclaiming all is safe and well, even as rampant greed and the cult of individuality destroys the community they supposedly represent.

As in Oedipus, it is not just what is not known that destroys—but what is known but not admitted. Pullman’s Joe convinces himself that he remains a benign much-liked member the community, a decent man. His wife, Kate (two-time Oscar winner Sally Field) insists that Larry is not dead and will return to them, but it is more than just a mother’s grief that drives her. Chris, suffering from survivor’s guilt, must believe in his father’s innocence if he too is to occupy the moral high ground. 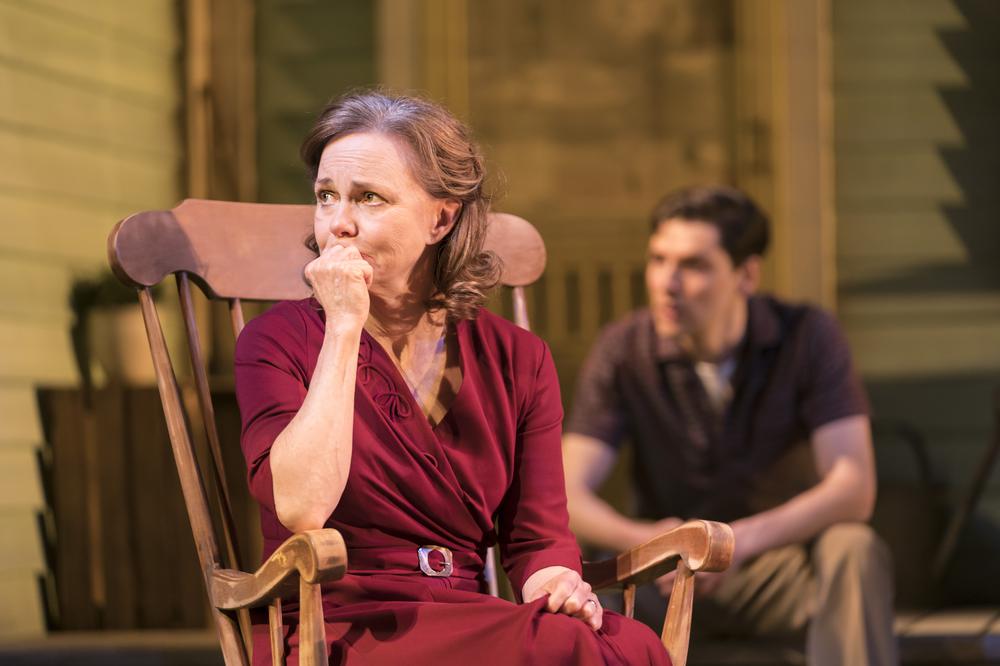 Ivo van Hove’s 2014 A View from the Bridge at the Young Vic upped the stakes for how Miller might be produced, but Herrin’s approach is business as usual in an evening that can seem handsomely old-fashioned, at times suffers from audibility issues, and where a lack of attention beyond the top-tier of the cast can sometimes be detected.

But it’s a crowd-pleaser. Morgan gets Chris’ mix of moral fervour and gaucheness just right and Coleman injects some real backbone into Ann, the apparently apple pie young woman looking for relief from loneliness. There is good work too from Oliver Johnstone as Ann’s brother, George, the messenger bearing bad news.

As you might expect, both Pullman and Field act their socks off, with the latter in particular suggesting a woman being driven mad by having to keep the lies spinning like plates. There is a moment, as the truth is revealed, when she snuffles and mewls like a wounded guinea pig. As the minutes go by she becomes visibly smaller as if part of her is melting away. Like a lot of the evening you admire but are not quite moved.

All My Sons runs at The Old Vic until Sat 8 June. You can find tickets here.