For a play which is so blatantly full frontal, Afterglow (Southwark Playhouse) is almost entirely unrevealing and emotionally coy.

The story of a gay love triangle, the play ran for 467 performances in New York but that can only be in spite rather than because of S Asher Gelman’s stilted, sometimes toe-curling script which is as appealing as a cold shower. On stage showering features significantly in an evening which seems primarily designed to give the audience permission to gaze at a parade of perfect pecs and awesome abs.

New York based Alex (Danny Mahoney) and Josh (Sean Hart) are affluent, settled, married, and have a baby on the way via surrogacy, possibly proving that Mark Twain was absolutely right when he observed that “familiarity breeds contempt—and children.” 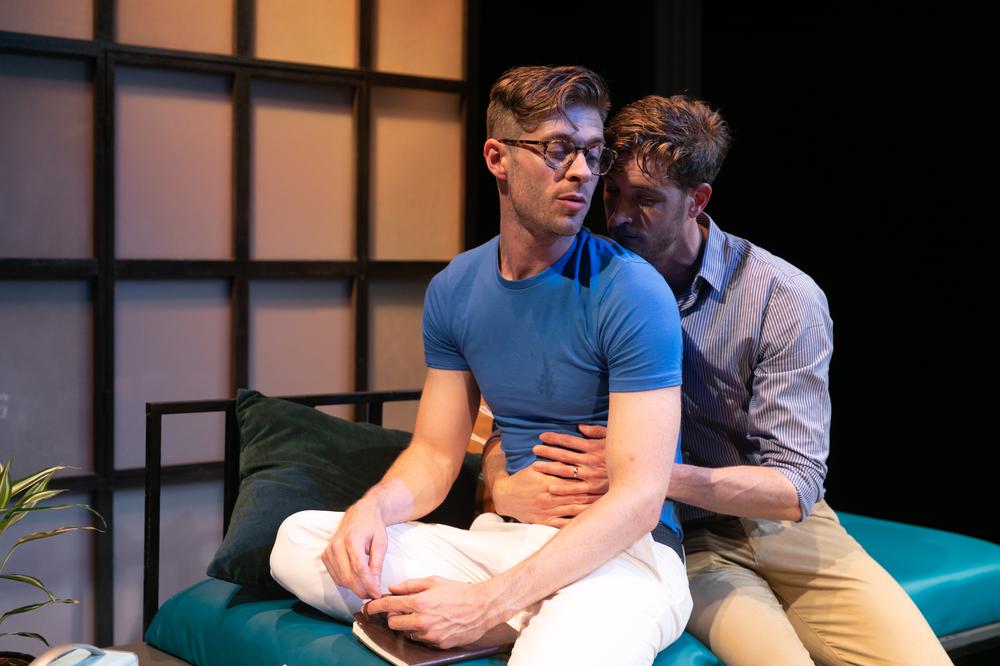 They save love for each other but have an open sexual relationship which involves inviting young men into their bed. When we first see them, they are frolicking naked with young masseur Darius (Jesse Fox) and the earth is definitely moving. So much so that you fear for Libby Todd’s cumbersome design featuring a bed perched on a raised platform. Any momentum in Tom O’Brien’s production is regularly quashed by the long clunky scene changes.

Both Alex and Josh are keen on the concept of “friends with benefits” but when Josh and Darius start developing “feelings” (yes, feelings, it’s that kind of play) for each other, crisis ensues. Poor lonely little Darius is suddenly a threat to the status quo.

In the right hands this might have been an out gay version of two of the greatest and most emotionally lacerating secret gay dramas, Coward’s Still Life (which became Brief Encounter) and Rattigan’s The Deep Blue Sea. But it’s in the wrong hands (Gelman is seldom capable of getting his characters off stage without contrivance) and comes wrapped in the the teenage emotions of that other famed three-way love story, Twilight. This is all soulful looks and yearning glances. A werewolf could only have livened things up. 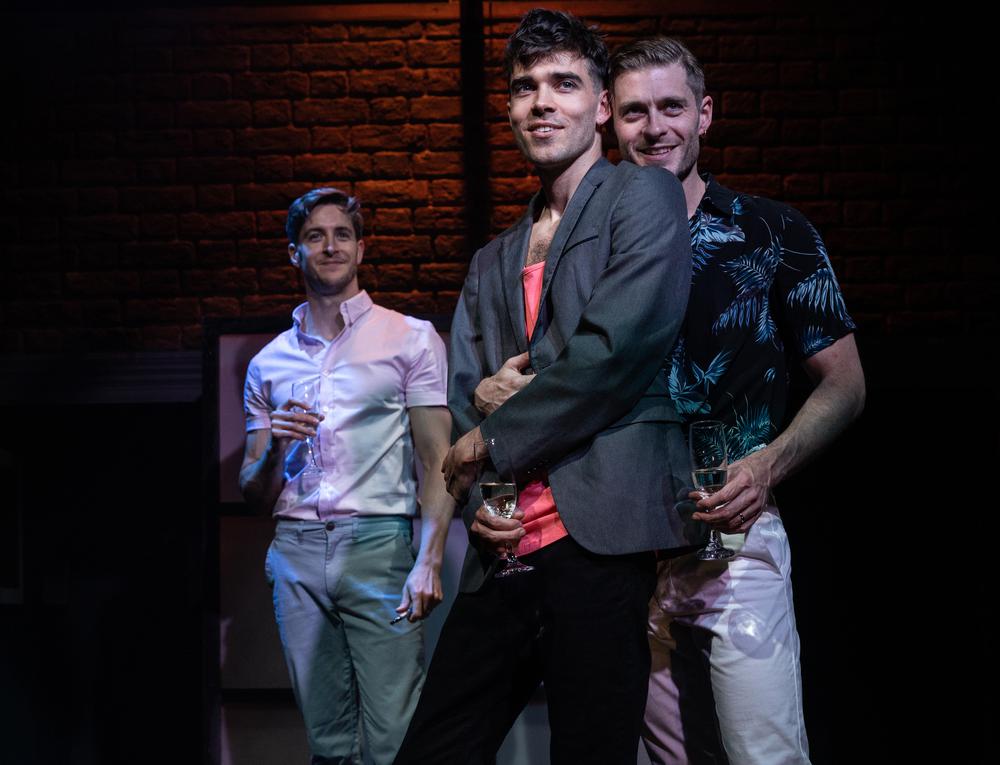 Because we never really get to know Alex and Josh in any depth it’s hard to feel invested when their relationship is in peril, and other themes, including Darius’ longing for emotional intimacy in a city where there is such constant sexual availability, go under-explored.

Earlier in the year in Open at VAULT Festival Chris Adams and Timothy Allsop put their own open relationship on stage with far more bravery and honesty despite not removing a stitch. Open didn’t shirk probing the emotional ethics of polyamory and asking who benefits and who loses. It simultaneously raised necessary questions about whether gay marriages need to look like straight heterosexual relationships where monogamy is mostly the norm. Afterglow simply replicates the heterosexual norm in the Hollywood rom-com/weepie tradition by substituting gay protagonists for straight ones.

The actors work very hard, but the dividends are small, and when you think that it was only last year that London was playing host to the complexities and emotional nuances of gay men’s lives in The Inheritance, this looks like a throwback to another age: politically, socially and dramatically.