You couldn’t hope for a more exciting line-up of contemporary playwrights than those assembled by the Unicorn for these modern takes on Aesop’s Fables.

The Tortoise and the Hare is re-imagined as a playdate in which two competitive parents cheer on their children in a race to reach a snack bar, and the children teach their mums a lesson. The fable about two goats who meet on a narrow path over a ravine and refuse to give way to each other becomes the story of two separated parents whose intransigence is a form of destruction.

EV Crowe, Kaite O’Reilly, Frances Ya-Chu Cowhig and Chris Thorpe are just a few of those involved in two sets of shows performed by the same hard-working cast—Jessica Hayles, Shazia Nicholls, Guy Rhys, Nathaniel Wade and Rosie Wyatt—aimed at either 4-7 or 8-12-year-olds. 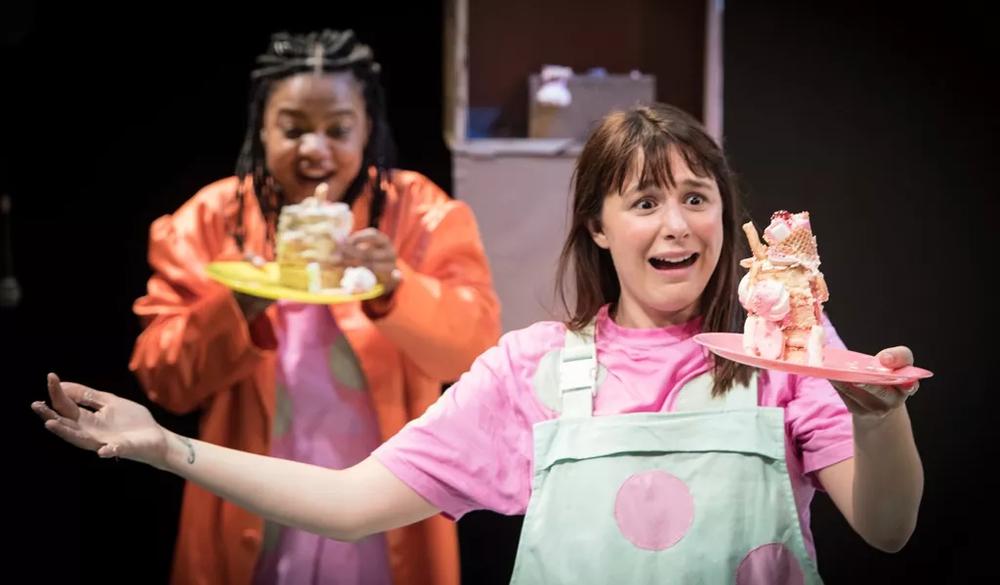 Only one piece, Kaite O’Reilly’s Dog and Wolf, appears in both versions and it’s a cracker. The wolf, hungry but free, points out to the dog, that what he thinks is a diamond necklace is actually a collar that keeps him tied to his human master. One of the pleasures of these shows is the range of styles and singular approaches–Cowhig’s Frankie and the Crow is a mini-opera about different kinds of bullying–which are given a shared framework by Lily Arnold’s packing case design which offers differing scales.

Justin Audibert and Rachel Bagshaw share the directing duties, and if inevitably some of the offerings are more successful than others, there is something delightful about seeing playwrights working in miniature but making significant work for the population’s smallest people. 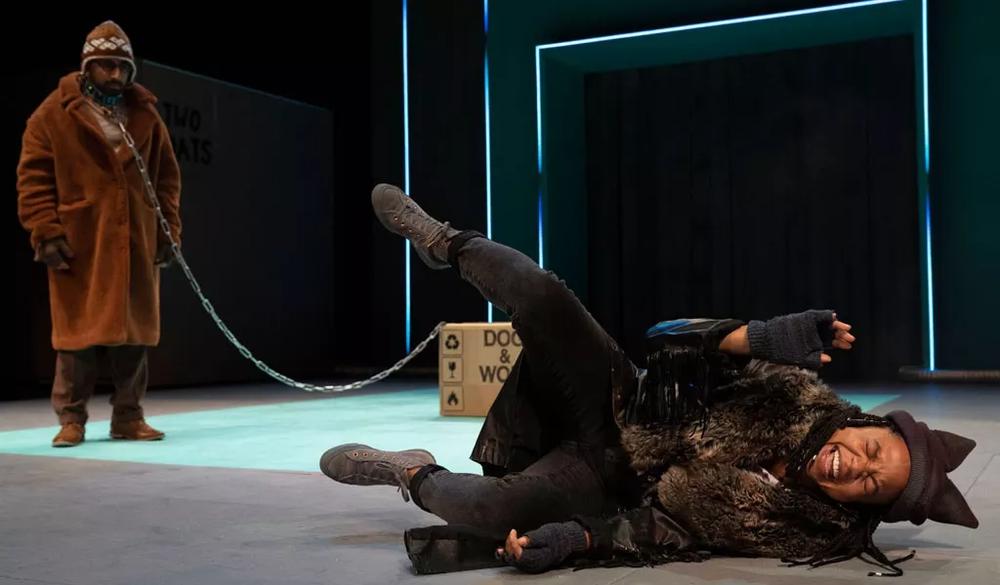 These stories are more likely to come with a sting in the tail than the more obvious moral that we tend to associate with Aesop’s Fables. I particularly enjoyed Chris Thorpe’s deliciously sinister monologue, Filberts, about a boy who gets his hand stuck in a jar of nuts, EV Crowe’s Playdate and Naomi Iizuka’s 2 Goats. Chris Goode’s satire The Wolf and the Shepherd may assumes that 8-12 year olds are rather more intimately acquainted with the dynamics of the rehearsal room than they are, but it neatly interrogates who the story belongs to and the interactive element is a howling success with the young audience.

Aesop’s Fables runs at the Unicorn Theatre until Sun 4 Aug. There are separate performances for 4-7-year-olds and 8-12-year-olds.