In November 2006 Alexander Litvinenko, a former FSB & KGB officer and a fierce critic of Putin turned up at Barnet General Hospital complaining of feeling severely unwell.

He had recently been granted British citizenship. Three weeks later he was dead of radioactive poisoning, but not before he had helped British detectives discover who had administered the Polonium-210 that killed him.

A Very Expensive Poison (Old Vic), Lucy Prebble’s hugely ambitious play, is less a thriller and more a riotous tragic farce. It follows that trail with a ravenous meta-theatricality. Prebble, and director John Crowley, throw everything at it—including shadow plays, puppetry and song. This is a story of bumbling assassins, growing Russian authoritarianism and British calumny in the face of self-interest. “Could it happen again?” ponders Litvinenko’s widowed wife, Marina. Two years after a long overdue public inquiry into Litvinenko’s death pointed the finger directly at the Russian state and its president, Vladimir Putin, another Russian dissident, Sergei Skripal, was poisoned in Salisbury. 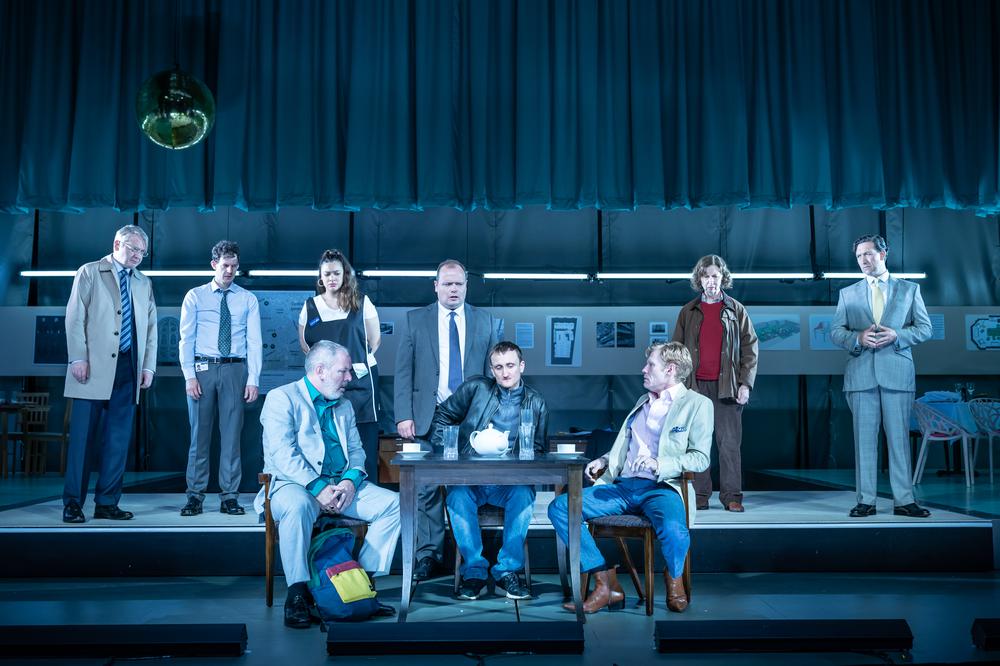 Prebble’s play is a bit like going on a roller-coaster ride without any seat-belts. It is bumpy but exhilarating as it swerves one way and then another. There are some genuinely wonderful moments: An Oligarch suddenly breaks into song, a trail of guilty handprints appear across the auditorium, a Russian spy gives a passionate, angry speech about the way the allies forgot the Russian sacrifice of 25 million men during World War 2. Tom Scutt’s design is–like the play–a series of Russian doll surprises, always practical but also suggesting the boxes within boxes, that are layered within the story itself. Nothing is connected and yet everything is connected.

What’s thrilling is the way that Prebble is constantly testing just how a story can be told even as it points up the fact that stories are spun this way and that to suit the interests of those who want to control the story. For much of the second half, Reece Shearsmith plays Putin from within the audience, sitting in a stage-side box, and commenting on the action and the response like a campy end of the pier comic who can’t quite hide his rage that he is not taking the audience with him.

The second half is far more engaging than the first which gets a bit bogged down in exposition, and for a show about murder it is often short on drama and tension. But it’s a wild ride delivered with a no-holds barred commitment to its own refusal to fit into any mould, and by the end you can’t help be touched by the quiet dignity of Marina (MyAnna Buring) who continued to fight for justice long after the man she loved was dead. 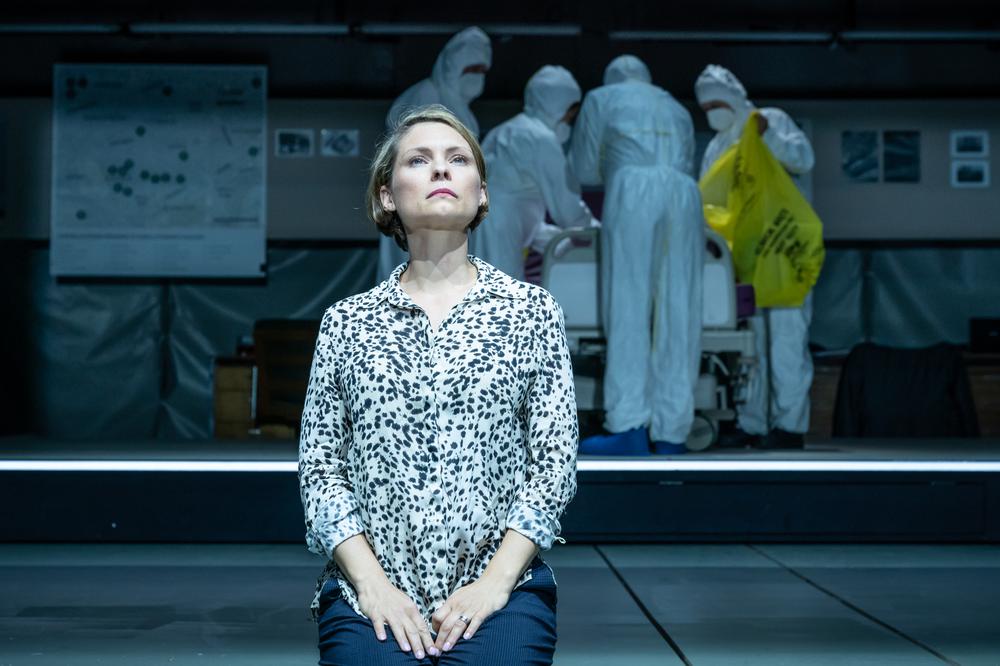 A Very Expensive Poison runs at the Old Vic until Sat 5 Oct. You can find tickets right here on Stagedoor.