Review: A Family Outing - 20 Years On

Review: A Family Outing - 20 Years On

Lyn Gardner
28 Mar 2019
Twenty years ago, Ursula Martinez made a revelatory show, A Family Outing, in which she unpicked family life, myths and relationships with the help of her mum and dad who appeared alongside her on stage.

Now two decades later she gives us an update with A Family Outing—20 Years On (Pit), a piece which riffs on what we remember and mis-remember and how in the act of recalling something we make it afresh. This is a theatrical act of creation and re-creation.

Throughout this new piece, a VHS video of the earlier show plays. It is like watching through double vision: there is the show and there is the ghost show. The present and the past. We see how the Martinez family was and how they are now, just as we do when we watch our own old family movies, and everyone cries “how young we look.” Martinez’ gestures are the same as they were in 2001 and Ursula and her mother sit on the same battered sofa, but a lot has changed. 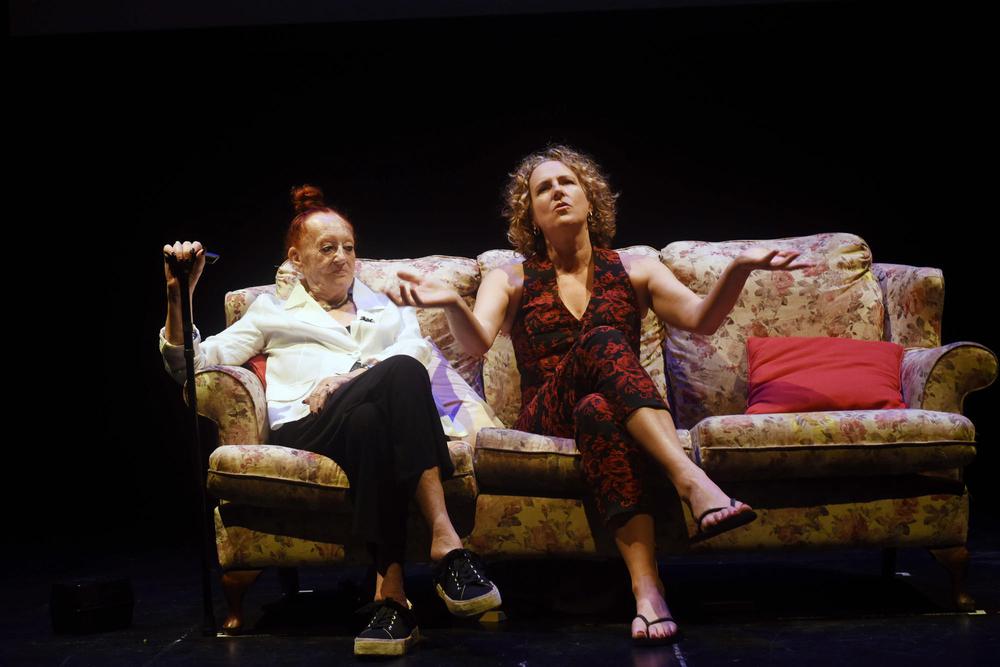 A Family Outing—20 Years On is marked by absence: Martinez’s father Arthur died in 2009. It is also marked by what time does to our bodies and our minds. It makes time tangible, something you can touch. Martinez is now 52; her mother Milagros is dealing with dementia. In the original, Martinez is very much the daughter, now she is more like a parent to her own mother:

The poignancy of the filmed version is that the people sitting on the sofa are oblivious of what the future holds for them and when and in what fashion the future will run out. It reminds that we all make our entrances and exits upon the stage of life but never really believe that we will lose our place in the spotlight of our own unspooling narrative.

Towards the end of the show, Martinez takes a phone call with her older sister, and speculates on what the next 20 years holds in store for them, both of them childless, both the last of their family line. Can two surviving sisters still be a family? What will happen to the narrative when one of them dies? 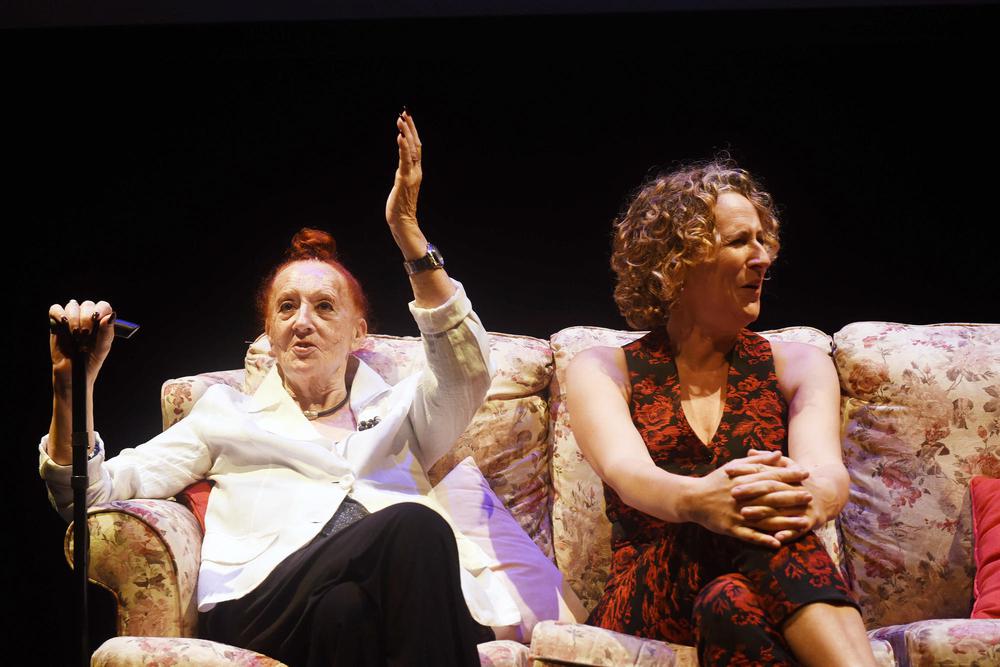 I reckon the Barbican should make this a trilogy and immediately commission and schedule A Family Outing—40 Years On for 2039 as an act of faith in the future. Even if, when the times comes, all they can show is an empty sofa with films of the two previous incarnations playing behind it.

This is beautiful, delicate work, a show that hides how craftily it is constructed and how deeply it is felt behind a bright and breezy veneer. I loved it because, watching it in the company of my daughter, it made me think about my own family and those we have lost along the way, and because there is something deeply moving about seeing a show which has clearly cost its creator something more than just time and money.

A Family Outing—20 Years On runs at the Barbican until Sat 30 March. You can find tickets here.

Tip: if you read Lyn's articles on the Stagedoor app, you can follow the artists that catch your eye. When an artist you follow next has a show on in London, it will appear at the top of your personalised recommendations.