A tweak here, a few lines added there, a shift of location. It is fascinating how a well-known play can be changed with minimal intervention.

Tanika Gupta does exactly that with her new adaptation of A Doll’s House (Lyric Hammersmith) which relocates the play to Calcutta in 1879, two years after Queen Victoria was proclaimed Empress of India. By the end of the century Britain ruled a quarter of the globe.

Nora becomes Niru (Anjana Vasan), married to the much older Tom (Elliot Cowan) a colonial bureaucrat just appointed to head up the tax office. Vasan’s Niru, who Tom calls his “little Indian princess” when he is delighted by her and “a savage heathen” when he’s not, is such a tiny doll of a woman that he is constantly bending over her like a great shaggy tree about to collapse and crush her. Suddenly, a play about the subjugation of women also becomes one about colonialism and the way paternalism and patriarchy were used to oppress almost 300 million people 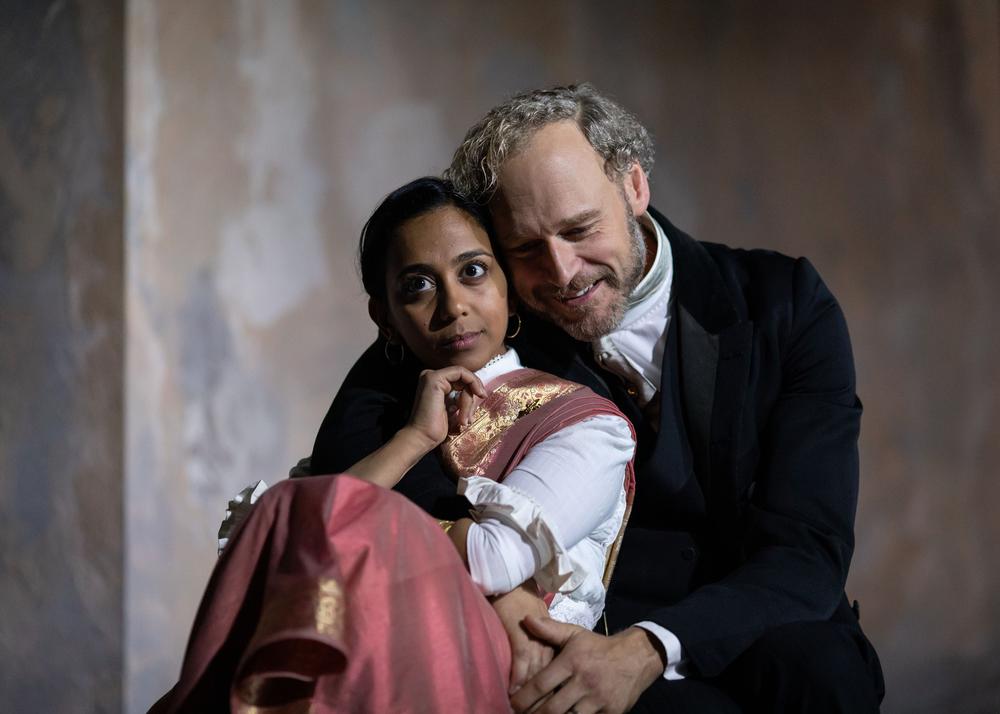 Anjana Vasan as Niru and Elliot Cowan as Tom. Photos by Helen Maybanks.

Gupta, and new Lyric artistic director Rachel O’Riordan, who made such a glorious success of her tenure at the Sherman in Cardiff, make a significant change at the end that I won’t spoil, but which rather suggests that they think this conversation about colonialism is one that we need to continue.

Otherwise, the most obvious change is to introduce a discussion between Helmer—who here becomes Tom—and Dr Rank (Colin Tierney), in which the latter takes a more liberal position, questioning the moralities of British rule in India.

What this does is make us see Tom as guilty as hell. His successful defence of British men who he knows have committed crimes against Indians upholds a fraudulent legal system which is stacked entirely in favour of white Englishmen. Is this any less a fraud than the offences of his wife and the tax office clerk Kaushik Das (Assad Zaman) who lends Niru money? 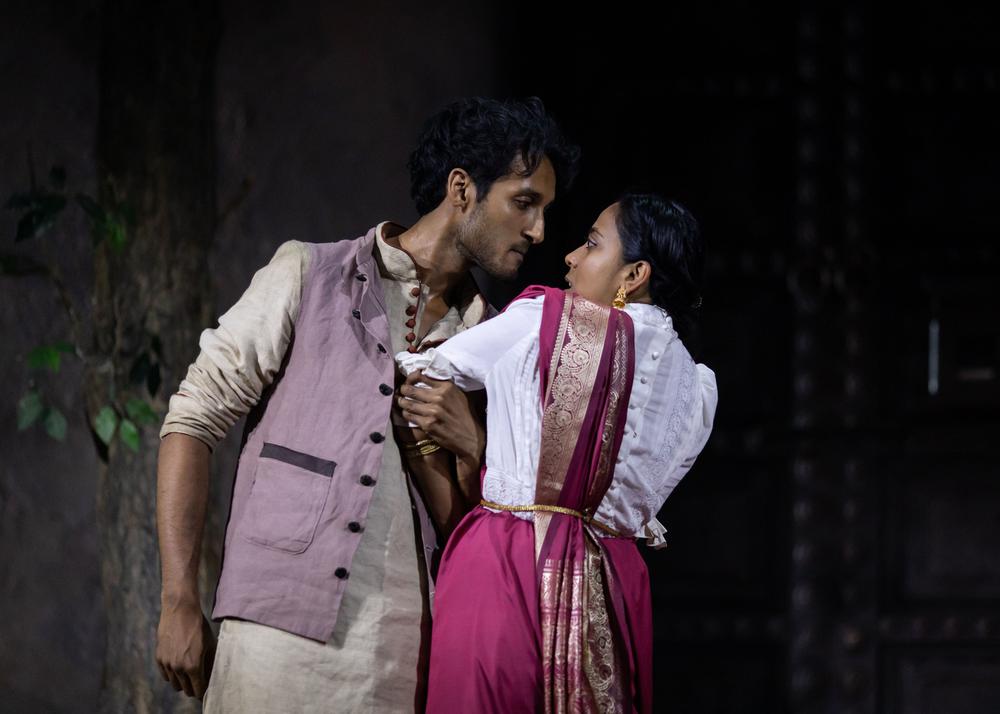 There are times when the production still needs to find pace and sustain momentum, and the urge to give this a conversational feel does sometimes lead to inaudibility issues. But this is a fine opening gambit from O’Riordan that makes us see a classic play afresh and one that in Vasan’s captivating performance makes clear that Niru is trapped by a double whammy of both race and gender.

There is a moment towards the end when she appears in a white dress and the walls of Lily Arnold’s courtyard design with, a tree growing up through the open roof, suddenly seem to close in on her like a prison. She looks like a patient trapped in an asylum. Too right, because colonialism and patriarchy are a madness, one whose tentacles reach down through the decades and will keep entrapping us until we firmly slam the door on it.

A Doll’s House Lyric Hammersmith until Sat 5 Oct. You can find tickets here.