The digital clock on the back wall of the stage is set to 4.48 am. The alarm is sounding. But this alarm is not just a wake-up call. It is an emergency.

One of the many fascinating things about Paula Garfield’s and Deafinitely Theatre’s bilingual revival of 4.48 Psychosis (New Diorama) is the way it releases Sarah Kane’s final play from the author’s biography and own suicide aged 28. It lets it fly off in other directions.

Garfield’s production places the performers, two men—William Grint and Jamie Rea—who play the patient, or perhaps two aspects of the same patient, and two women—Erin Siobhan Hutching and Ester McAuley—who are the doctors, in a glass box. 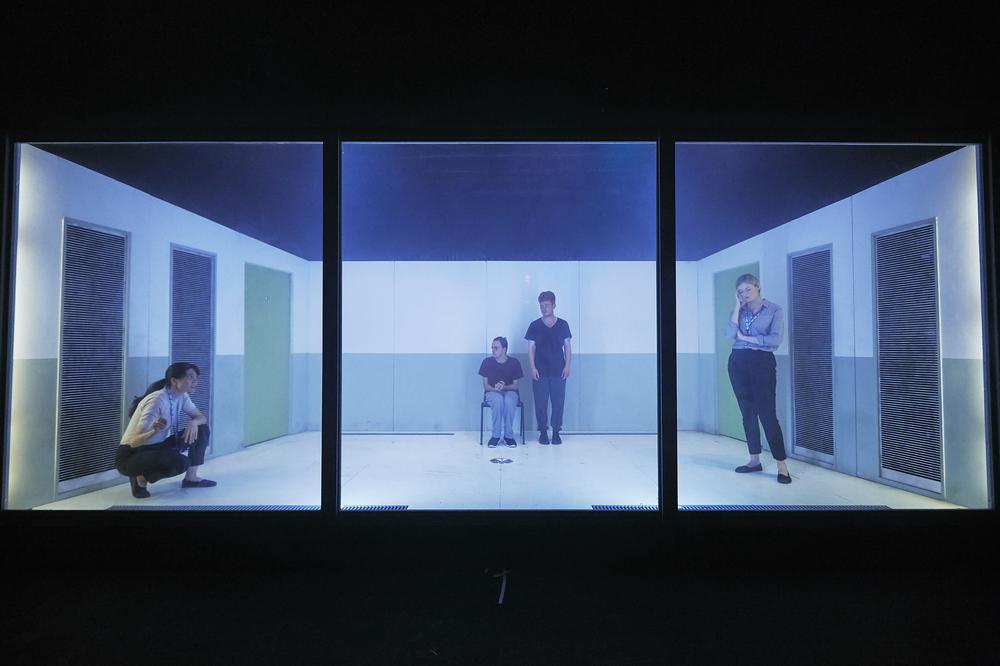 Photos by The Other Richard.

The effect is of something cut off, as in a closed ward in a hospital, or the sense that we are observing their behaviour through a one-way mirror. But it also simulates some of the experience of being deaf and cut off and excluded from the world. “Witness me,” is one of the cries in Kane’s text. Here we have no choice but to watch. Designer Paul Burgess ensure a forensic gaze. But Garfield makes us listen too.

Garfield’s approach highlights the fact that Deaf people are three times more likely to experience mental health problems than the general population. It makes brisk, barbed comment on the way the Deaf community is often treated by the medical profession. 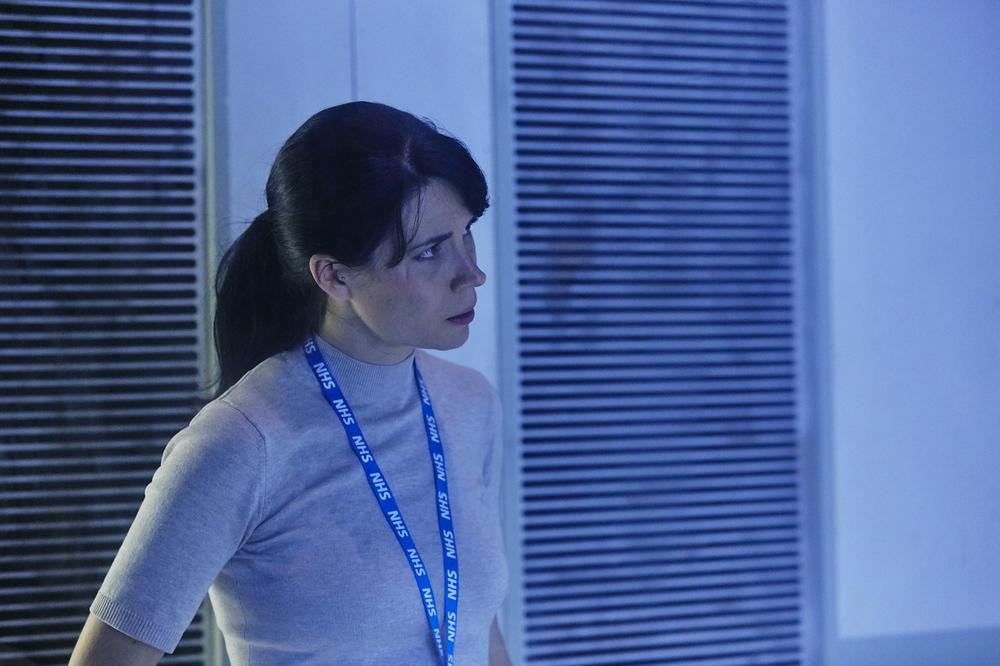 But like all of Garfield’s work it is delivered with an aesthetic richness in which Kane’s brutal, desperate poetry becomes not just translated but layered into many languages: British Sign Language, spoken English, visual images, text projected and scrolled down the back wall of the stage, and movement. Add to that Chris Bartholomew’s intriguing sound design and you have 85 minutes that has an interesting cacophony like the clamour inside someone’s head in the early hours of the morning when sleep is absent and death is near.

It doesn’t all work, there is a jerkiness in the transitions, a lack of tonal variety at times, and it is demanding on an audience who must succumb to the experience rather than try to make sense of it. But at its considerable best it is a bold and harrowing account of Kane’s final play and one full of startling moments. A man claws at the air as if drowning; another scratches at his body as if covered in insects, the insistent call of a digital alarm clock going off like a hospital bleep. This is an emergency. We must watch and bear witness before the darkness falls, the light expires.

Tip: if you would like to hear about more productions by Deafinitely Theatre you can follow them on the Stagedoor app. The next time they have a show on in London, it will appear in your personalised recommendations.