Old stories are full of heroes. But where are the women?

We are weaned on the tales of Odysseus and Hercules doing mighty deeds while women are pushed to the peripheries, barely visible. Jermyn Street Theatre’s 15 Heroines, co-produced with Digital Theatre+ and available online until November 14, provides the antidote to the boys’ endless double knack for derring-do and desertion.

The poet Ovid wrote a series of fictional letters called The Heroines which paid attention to the women pushed to the margins of the ancient stories. Now, a thrilling clutch of distinctively different female playwrights from Timberlake Wertenbaker to Chinonyerem Odimba have been commissioned to give a contemporary voice to the women from whom we have barely heard over the last three thousand years. Samantha Ellis’ Phyllis (played by Nathalie Armin) could be speaking for all these women when she declares: “This is my story. This is the story.” The pleasure is that we have so seldom heard these versions before. 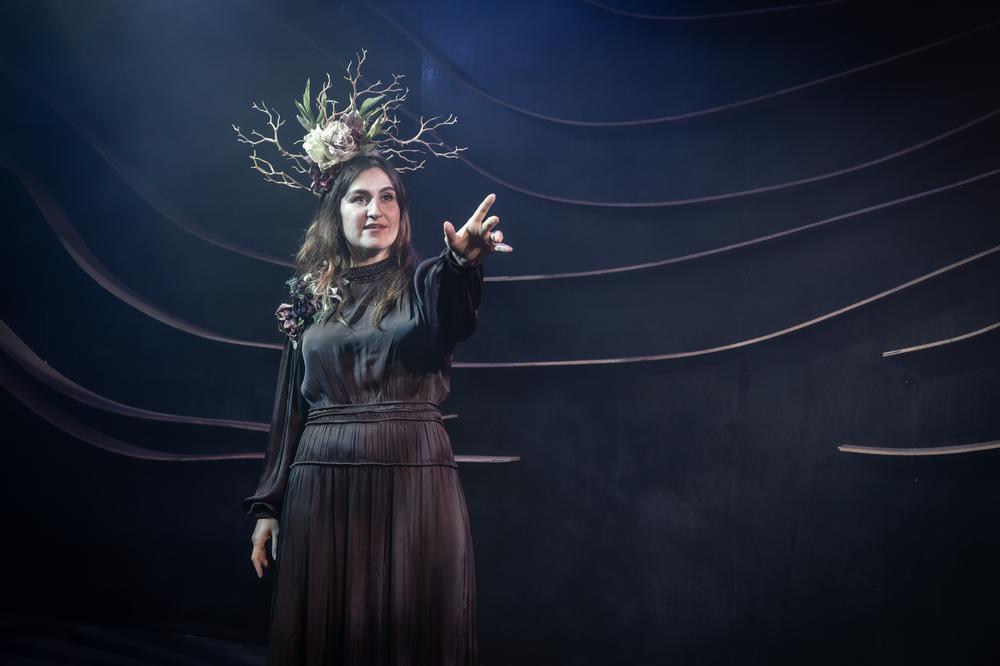 In Hannah Khalil’s smart reimagining, the always patient Penelope (Gemma Whelan) becomes a not so patient suburban dressmaker engaged in a turf war with her neighbour as she waits for hubby, Ulysses, to return from that modern equivalent of the Trojan War, a work team building exercise, otherwise known as a boys’ jolly. In Deianaria, written with spark by April de Angelis and performed with a cheeky sense of knowing fun by Indra Ove, a footballer’s wife takes her public revenge on her cheating husband to whom she has devoted her life. “I watched every match; gnawing my nails down to the quick—and they were acrylic,” as she takes a corkscrew to the Retsina before breakfast. 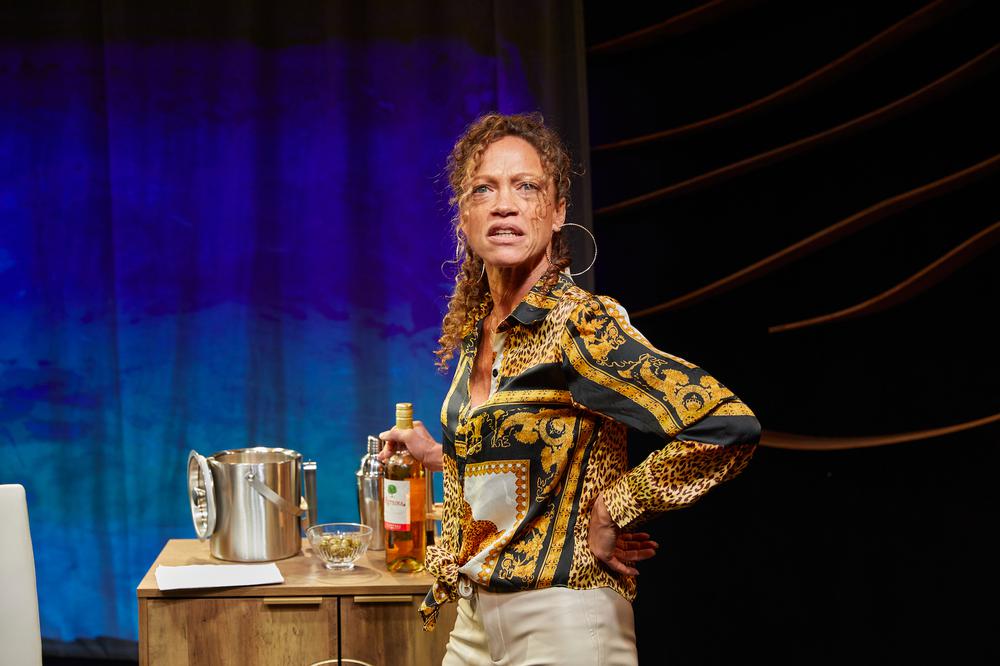 Male heroics get short shrift in the 15 monologues that are grouped into quintets--each lasting around 80 minutes. In The War, you get a different perspective on the Trojan shenanigans seen through the eyes of wives and daughters who cast the ancient heroes in a very different light. It is seldom a flattering one. Ann Ogbomo blazes in Lettie Precious’ Oenone as Paris’ first wife, the woman he left for the younger, fairer-skinned trophy wife, Helen. Sophia Eleni is a delight as the skittish, anxiety-ridden teenage bride of Protesilaus, correctly predicting her husband’s fate, in Charlotte Jones’ Laodamia.

The women entwined into the stories of those love ‘em and leave ‘em merchants Theseus and Jason get their say in the five plays in The Labyrinth. String and string theory both feature in Bryony Lavery’s take on Ariadne with Patsy Ferran as the girl who may have burned her bridges but still knows how to make best use of her mind. If you think you know the story of Medea, writer Juliet Gilkes Romero and performer Nadine Marshall, will make you look at it differently. Clever stuff. 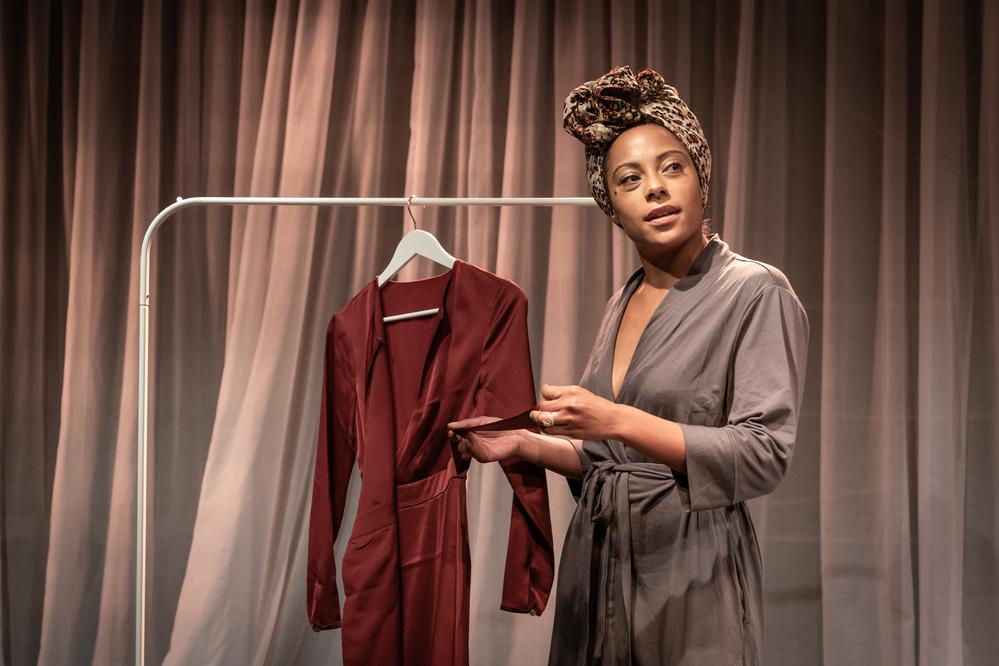 The five stories in The Desert (a title that comes with a play on words making you think not just desertion but also just deserts) include De Angelis’ Deianaria, but also give us the stories of better-known women including Sappho, written by Lorna French, and Dido, by Stella Duffy. The latter suggests that the interlude with Aeneas, with whose name hers is always linked, was the least interesting thing about a woman who built something enduring. Rosalind Eleazar gives a performance that is as refreshingly pared back as the writing.

I also loved Eleanor Tomlinson as Canace (writer, Isley Lynn), a young woman who has transgressed all societal norms but who refuses to be apologetic for it. “I know you look at me as an abomination, a disgrace,” she says, but she won’t apologise because it is “not what this story has to be.” There are many different kinds of monsters in 15 Heroines, but they are seldom where or in the form you’d expect to find them. 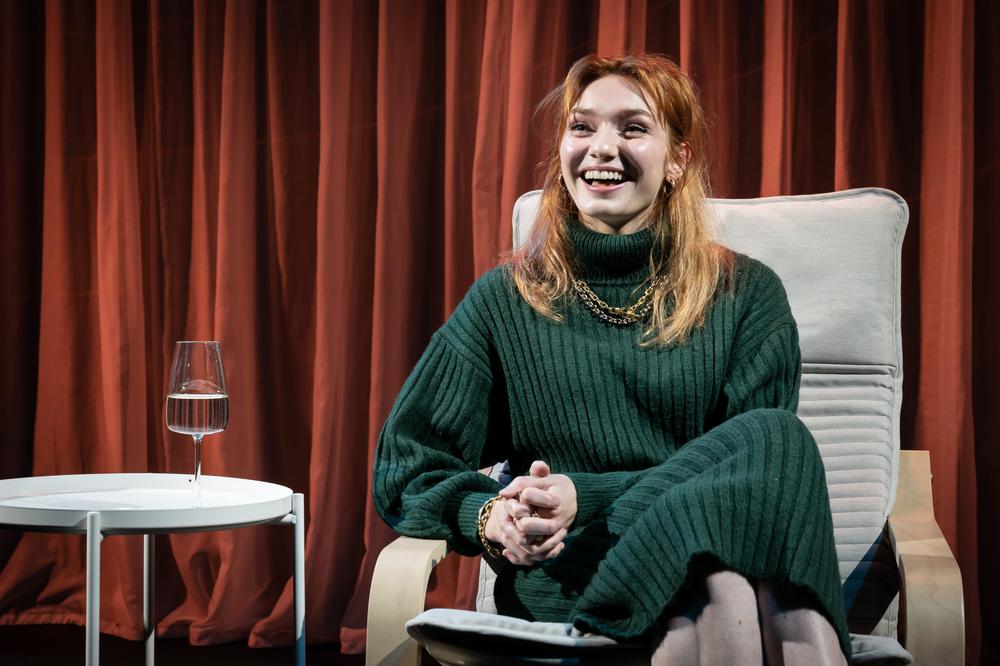 There’s deft direction throughout from Adjoa Andoh, Tom Littler and Cat Robey who are often, quite rightly, alert to the writing’s comic potential. Ambitious and artfully entertaining, 15 Heroines refuses to allow these women to be relegated to the footnotes. Or as Abi Zakarian’s Briseis—played with vim by Jemima Roper-- puts it, women are often shown as “being stoic” or “being dead” but they are never “the fabric the needle goes through.” Here, they take up the space and scream through centuries of silence. We hear them, loud and clear.

15 Heroines is available to stream from today until 14 Nov. You can buy tickets here.