Rendezvous in Bratislava: reclaiming the past

History is too serious to be left to the historians. Particularly personal histories. But it is these individual stories, the ones that never make it to the history books, which shed the greatest light. Yet so often they remain hidden from view.

These are the lives and stories that are increasingly beyond our grasp as the homes of elderly parents and grandparents are cleared, and entire lives bundled into black plastic liners and taken to the charity shop or landfill.

Miriam Sherwood was determined not to let that happen to her grandfather. He was born in 1913 in the former Czechoslovakia and died in exile in 1981 in Germany, having smiled and joked his way across some of the darkest years of the century. There is a picture of him as a young man just before the war, his eyes alight with love for the young woman he would eventually marry. But only after they had both survived the Holocaust that claimed so many of their friends and families. 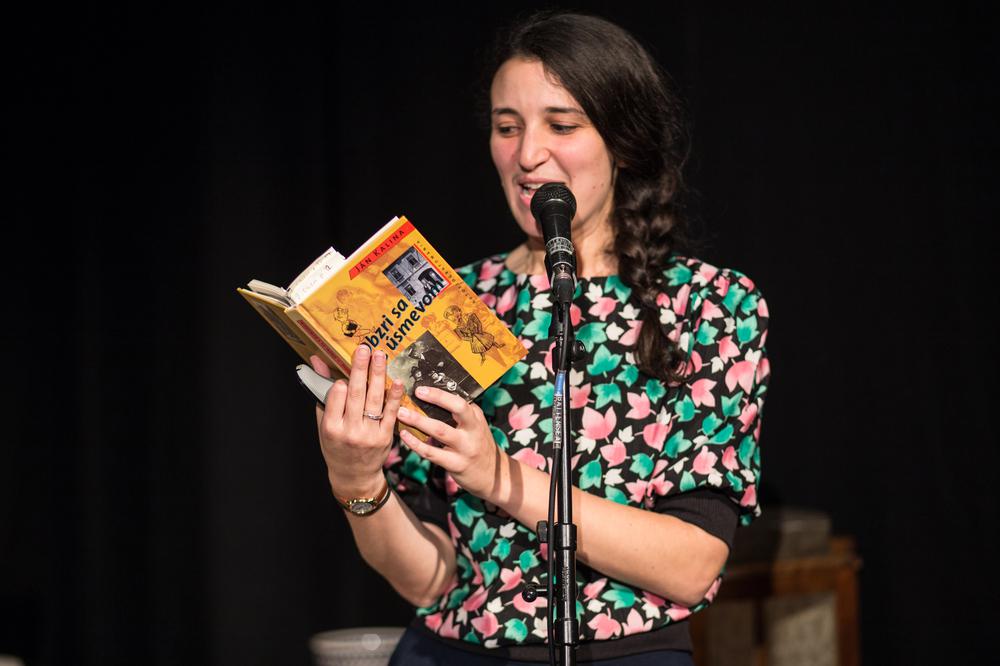 Miriam Sherwood in Rendezvous in Bratislava. Photo by Claudia Marinaro

In Rendezvous in Bratislava at Battersea Arts Centre, Sherwood tries to bring back to life the grandfather, Jan Kalina, she never knew in a quirky cabaret (he died eight years before she was born). It draws on what he left behind: the five non-chronological autobiographies, a book of jokes, and some photographs. The title of the piece is taken from a cabaret that Kalina himself produced in post-war Slovakia.

Sherwood’s theatrical gesture is an act of love, one whose absurdity she at times acknowledges. Because how can you ever really know somebody you never met?  What’s interesting here is as much to do with what is left out, and the space between what is shown and not shown, known and not known. A timeline of Kalina’s life on the wall is full of gaps, perhaps evidence of a life constantly interrupted by history.

The piece acknowledges the impossibility of ever really knowing the truth, how bits of all our lives are lost to the future and how things get lost in translation (the piece is performed in both English and Slovakian). But it is also a celebration of what we inherit, perhaps without realising it, from those who came before us. Did Sherwood inherit from her grandad her interest in theatre that blurs the boundaries? 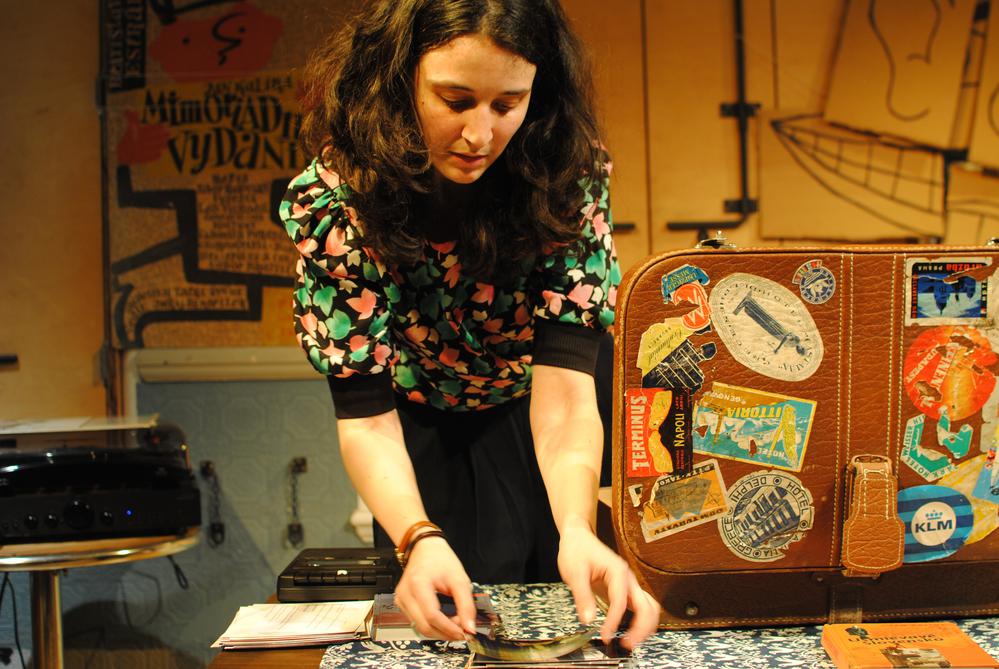 In the 1970s, Kalina spent a year in prison after being found guilty of playing a not yet — but soon to be — banned song to someone in his living room. When he got out, Kalina and Sherwood’s grandmother, Agi, moved to Munich where they recreated their Bratislava flat in Germany like a stage set. This too is an attempt at recreation, just as all theatre is, with the stage set up like a living room where we all gather to drink Lidl fizz. It’s as if we are guests being welcomed to one of Jan and Agi’s legendary parties.

There is lots to like here in this low-fi, unassuming DIY show, even if it would benefit from cuts and tighter storytelling. It is sometimes a little too in love with its own messiness. But it would be a hard heart that refused to warm to the foibles of this young, heartfelt show.

In melding some of the surviving cabaret material that Kalina wrote, giving the bad jokes he loved another airing, and adding new material of her own, Sherwood doesn’t just honour her grandfather: she also reinvents him. In the process, she reminds us of the truth of that old toilet door scrawling which proclaims that history is a hardcore of interpretation surrounded by a pulp of disputable facts. 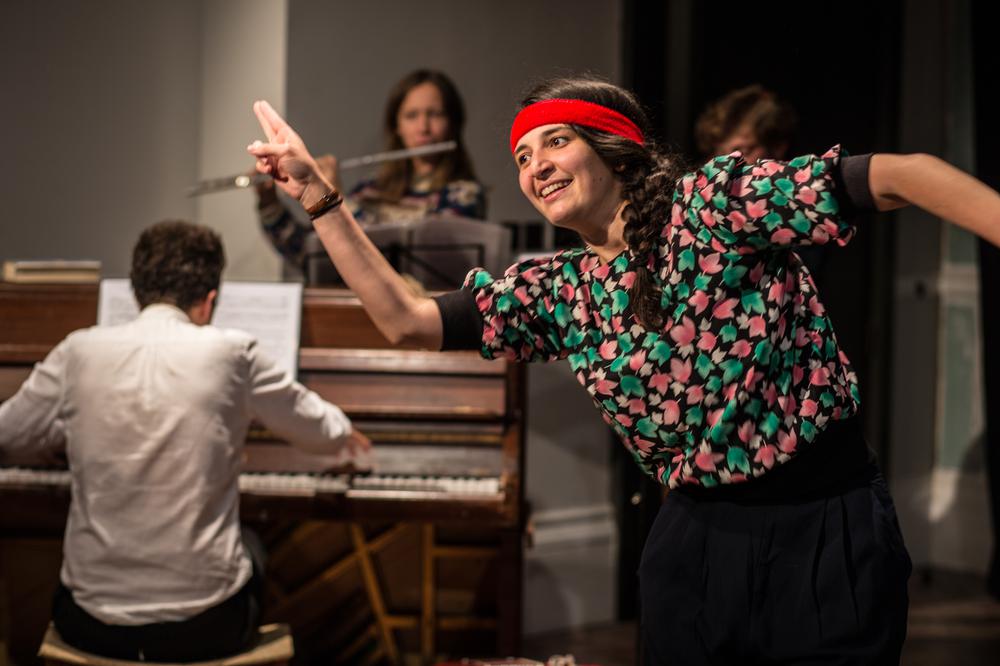