It’s the best show about barbering since Sweeney Todd, but not half so violent.

Inua Ellams’ play, set in six different barber shops across two contents over one single day, is just such exuberant fun. It teems with life and joy. If you are felling a bit low this is just the tonic you need. If they could bottle the party atmosphere somebody would make a fortune. Director Bijan Sheibani does a terrific job: this is one of his best. Even the transitions are a gas, full of music and dance. The ensemble are a complete joy.

It’s completely different from any of the previous shows we’ve seen in the National Theatre at Home strand, and it is definitely the most diverse. It’s a great example of the creative dividends that accrue when our major public spaces are given over to stories that are seldom heard and are told by those who do not normally get a chance to tell them. 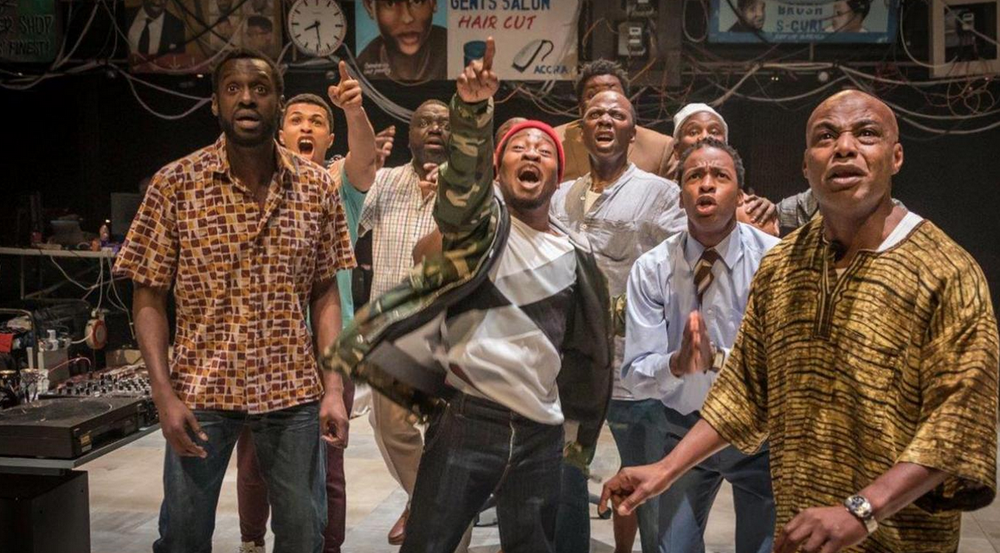 You may not be able to travel far at the moment during the pandemic, but Barber Shop takes you to London, Accra, Lagos, Kampala, Johannesburg and Harare from your own sofa.

It’s a real insight into African male culture. Apparently black men treat the barber shop a bit like the pub but with no alcohol. It’s the place they go to get away: from women, from their own problems and insecurities. Where they speak freely. The banter is great.

Inua Ellams is also a poet. It shows. The language is rich, sinewy, and full of zest. It has a delicious peacocking flamboyance. It is brilliant on how language is used to destroy and to bolster.

It reminds that in largely secular societies that barbers and hairdressers have taken over as our confessors. Here the barber shops become places that sometimes serve as pulpits and at others places of absolution. 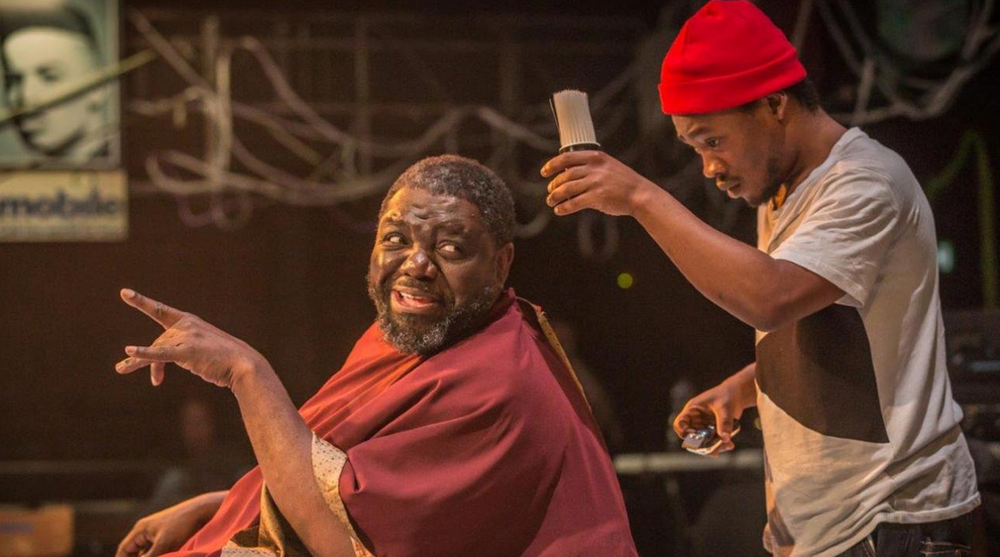 It may initially look and sound like chaos, but it’s very cunningly put together. Just allow your eye to adjust and wonder at the way it braids the different stories together with threads that include a tale about a fly in a drink, a father and a son, and a crucial football match.

The show embraces the audience and is warm and inclusive. I really hope the recorded version reflects that, and I’m, sure it will, because I reckon that the NT recordings that have worked best in a home setting are those that break the fourth wall and genuinely respond to the audience.

Barber Shop Chronicles was a huge hit and has toured throughout the UK and the world. It is a brilliant example of the way that nobody can ever predict where a hit will come from, but we can predict that such hits often require different partners from different parts of the theatre sector. Barber Shop was developed by independent producing outfit Fuel who have had a sustained and ever developing relationship with Ellams over many years, and it was a co-production with the NT and West Yorkshire Playhouse, now Leeds Playhouse. It’s a demonstration of the interconnectedness of British theatre and that we need all parts of the ecology to survive and thrive: the indies, the national flagship organisations and the regional. Or we won’t produce the next Barber Shop Chronicles. Work like this comes from real investment and not just monetary but also in terms of time and relationships.

You can watch Barber Shop Chronicles in full here from Thu 14 May at 7pm until Thu 21 May.