Before this 2014 production at the Young Vic, director Benedict Andrews had already shown the benefits of scraping the barnacles from classic plays with a staging of Chekhov’s Three Sisters that made you see the play completely afresh

He does the same here in a production that releases the play from the 1940s and its own Southern Gothic restraints in the process unleashing something more modern but no less claustrophobic.

“I don’t want realism. I want magic,” cries Blanche, a woman who cannot stop pretending she is something she is not. Tennessee Williams had such a good theatre brain and he uses the illusions of theatre to show us the dirty reality of Blanche’s life and that of her sister Stella’s too. 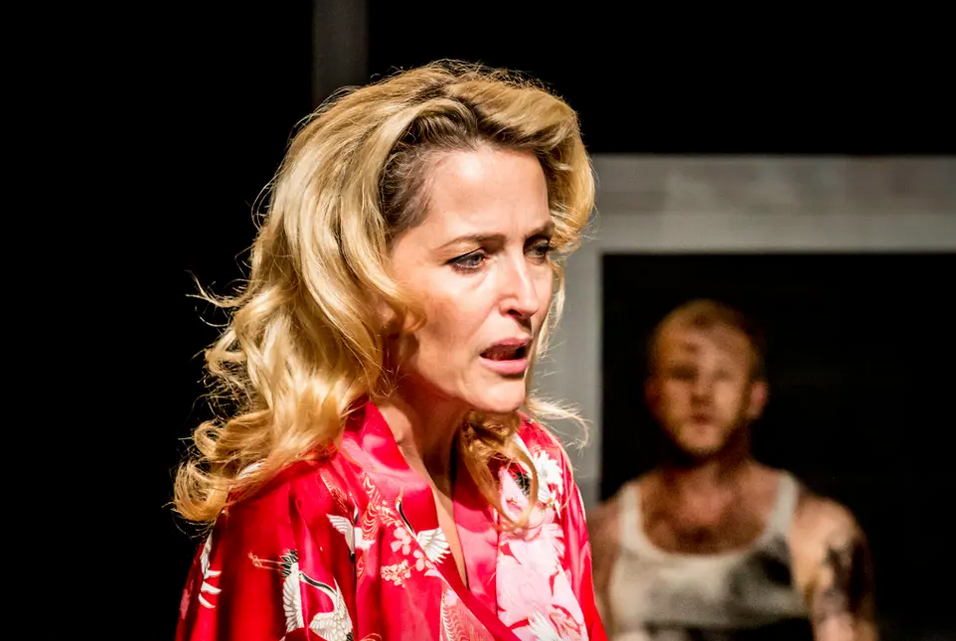 As Blanche Dubois Gillian Anderson leaves Dana Scully far behind in a performance that combines silver stilettos with desolation, vulnerability and manipulation. If you’re not convinced, let Susannah Clapp in the Observer do the work for you. “She makes each phase of the DuBois disintegration her own. She does not arrive with swivel-featured disturbance, but makes her distress delicately evident. Her fingers pick at things around her, smoothing, trying to get things under control. Her collapse is spectacular: a terror of blotched lipstick and flying petticoats. Her departure is a masterclass in how to make audiences weep. She comes down from the stage and processes between the spectators and the shattered action. She leans on the arm of the doctor who is to commit her to an asylum, sauntering gracefully, looking around her as if she were taking the air at a delightful seaside resort. To the end, aspiring and lying.”

The 1949 UK premiere proved a bit of a shocker to many audiences and critics. Logan Gourlay in the Sunday Express dismissed the play as "the progress of a prostitute, the flight of a nymphomaniac, the ravings of a sexual neurotic". You won’t buy that summing up after seeing this. What’s impressive is that Andrews makes us see Blanche very clearly for what she is but it never dilutes our sympathy for her.

Andrews’ Three Sisters memorably inserted Nivarna’s Smells Like Teen Spirit into the action (and it worked) and this is no less inventive in its use of music with tracts ranging from Patsy Cline to Jimi Hendrix. 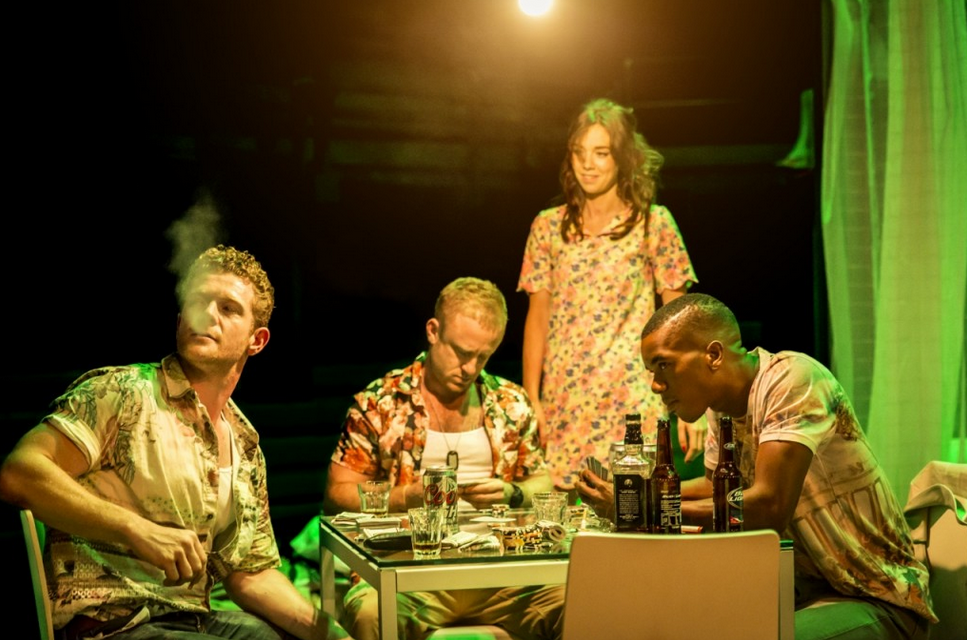 You know that moment when you’ve had one glass too many and the room starts to spin? Well, Magda Willi’s design very cleverly plays on that feeling. It is a reflection of Blanche’s disintegrating mental health and grip on reality. But it does something else too, it allows the audience to experience the truth from many different angles. I do hope the captured version succeeds in doing that.

"A tiger on the loose, a sexual terrorist … Brando was a brute who bore the truth”, wrote Arthur Miller about 23-year-old Marlon Brando’s performance as Stanley Kowalski. It was a performance that set the bar for future Stanley’s but also set in stone how the part should be approached. Ben Foster offers a more subtle reading. He’s not just a brute, he’s a bit of a baby too, and one caged as much by circumstance as Blanche. The underlying sexual tension and violence between Stanley and Vanessa Kirby’s Stella is fascinating too. You know those couples whose blazing rows always end up in bed? That’s this pair.

If you’ve only ever seen the Elia Kazan movie, with Brando and Vivien Leigh as Blanche, you might be surprised by the ending.

You can watch A Streetcar Named Desire here from Thu 21 May. It will be available for a week.