Since the time of the Ancient Greeks, the stories of Troy and its fall have gripped playwrights and theatre-makers. But next year the story will be played out on an epic scale and in a way you’ve never seen before. In Punchdrunk’s The Burnt City, Ancient Greece meets 1920s Berlin meets the future in a story following the two opposing camps and played out in two grade II listed buildings in Woolwich in South East London.

Woolwich is where one of the UK’s most successful companies, Punchdrunk, will be making its home for the foreseeable future in 100,000 square feet of space that offers the company endless possibilities for creating shows in many different forms including immersive theatre, gaming and TV.

“It’s going to be a place where we can push everything and explore,” says Punchdrunk’s artistic director Felix Barrett. 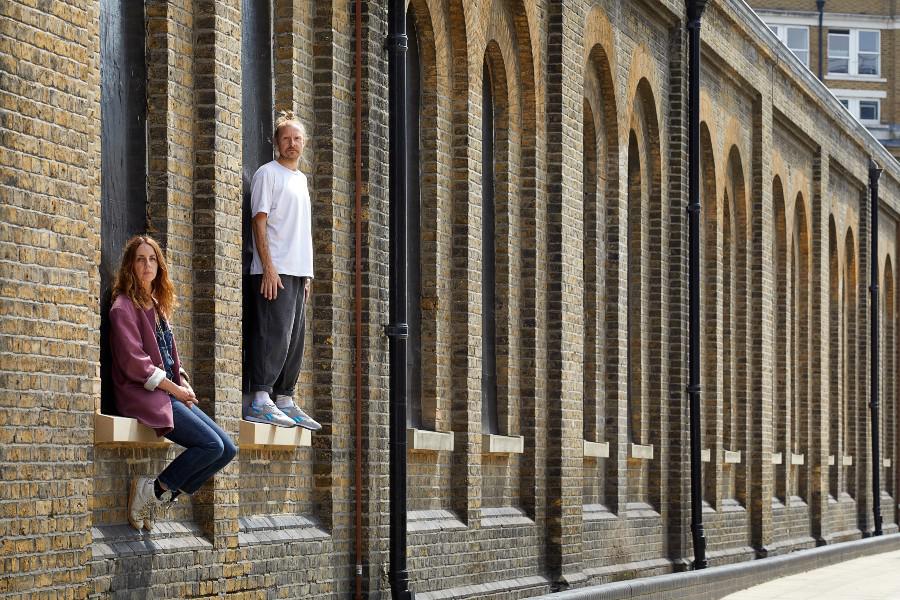 The Burnt City, set in a future parallel universe, draws on Aeschylus’ Oresteia and Euripides’ Hecuba, and perhaps more surprisingly the music of Bartok and Grace Jones. When it opens next March, it will mark the homecoming of immersive theatre pioneers Punchdrunk, who have not premiered a large-scale promenade mask-style theatre show in London since 2013’s The Drowned Man.

Tickets go on sale on Wednesday and there will undoubtedly be a pent-up demand from those who have loved Punchdrunk’s previous outings including The Masque of the Red Death (shame they’ve already done it), Faust, and the international hit Sleep No More (which has been up and running again-- after a Covid-hiatus --in Shanghai since last June). But because it will be over eight years since the last large-scale show, the company’s founder Felix Barrett is looking forward to finding a whole new audience who have never experienced a Punchdrunk show.

“What I really love is an audience who don’t know what’s behind the door,” says Barrett. “We can pull the rug from under their feet and make them genuinely punchdrunk. We have loved working internationally because audiences have no context for what we do and so are surprised. But there is something exciting about coming back to our hometown and finding a new audience who have never seen one of our shows.”

The Burnt City is a passion project, 10 years in gestation, and one that will use the company’s trademark masking of the audience.

“Who would have thought that masking the audience up would turn out to be so useful,” says Barrett wryly. Or indeed so potent. The device that was originally used by Barrett and the company to create a sense of the audience as spectral on-lookers, has since Sleep No More reopened in Shanghai proved to have health and safety advantages for both cast and audiences. The masks have been reconfigured to encompass that.

But Burnt City is likely to have other resonances too, portraying a city that has been under huge stress for 10 years, and telling the story from both the perspective of both the Greeks and the Trojans.

Still, while the sources may be ancient and the setting a future world (“it’s the first time we will be looking forward not back,” says Barrett), the jumping off point is Fritz Laing’s 1927 movie Metropolis and the Weimar Republic of the 1920s. Barrett describes Laing as “the forefather of dystopian future noir sci fi” and sees the Weimar period not as an aesthetic but as a vehicle to “hypothesize what would be the political and satirical commentary coming out of Troy after that long period of duress from the Greeks.”

Think Berlin in the 1920s and you tend to think Cabaret and Sally Bowles. But choreographer and associate director Maxine Doyle, whose movement has always been central to Punchdrunk’s success as storytellers, is very firm that there will be “no braces or bowlers.” She won’t be looking to Bob Fosse but rather to the pioneering work of the German expressionistic choreographer Mary Wigman as well as looking at the Greeks themselves who used dance in many ways including as worship, ceremony and to bring them closer to the gods in ecstatic dance.

Barrett hopes the piece will hold a mirror up to our own society, and he and Doyle are foregrounding the experience of women in particular that of two women, the queens Hecuba and Clytemnestra.

“We have been working with the classicist Emma Cole and drawing on the work of Edith Hall,” says Doyle “so that we can present the story from the perspective of those two women who were both monarchs and mothers, victims and perpetrators.” 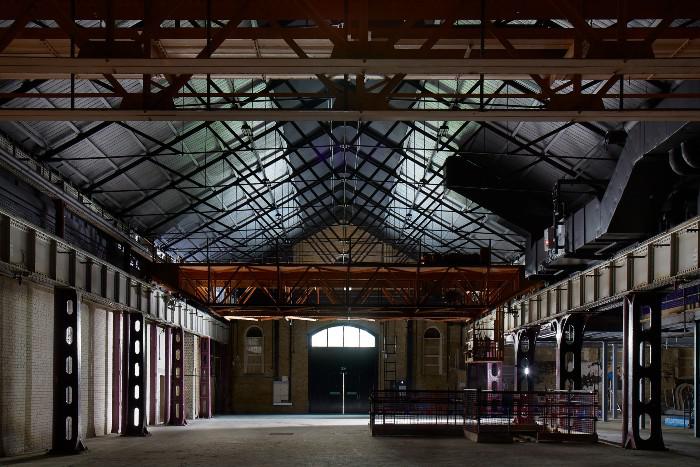 The location for The Burnt City. Photo: Julian Abrams

Since Punchdrunk premiered Sleep No More in a disused school in Vauxhall in 2003, immersive theatre has become ubiquitous, but the company’s return to London is likely to remind why they are still the leaders of the pack with work whose complexity, scale and attention to detail remains unparalleled.

“As creatives we don’t want to stagnate and replicate,” says Barrett, “so with this show we will be looking to push the boundaries in every element of the show and fold in what we have learned over the last eight years working internationally and in TV.”

We talk a great deal in theatre about hot tickets, but The Burnt City is likely to be a genuine scorcher.