I've always thought it was odd that The Pleasance is such a major player in Edinburgh every fringe, but that its London venue never feels like a significant pin on the theatrical map.

#BeMoreMartyn: The Boy with the Deirdre Tattoo

Up In Arms
Company

It's not just a question of geography—after all it is only one stop from King's Cross on the Piccadilly line—but rather that its programming has often felt as if it is a bit of this and then a bit of that. 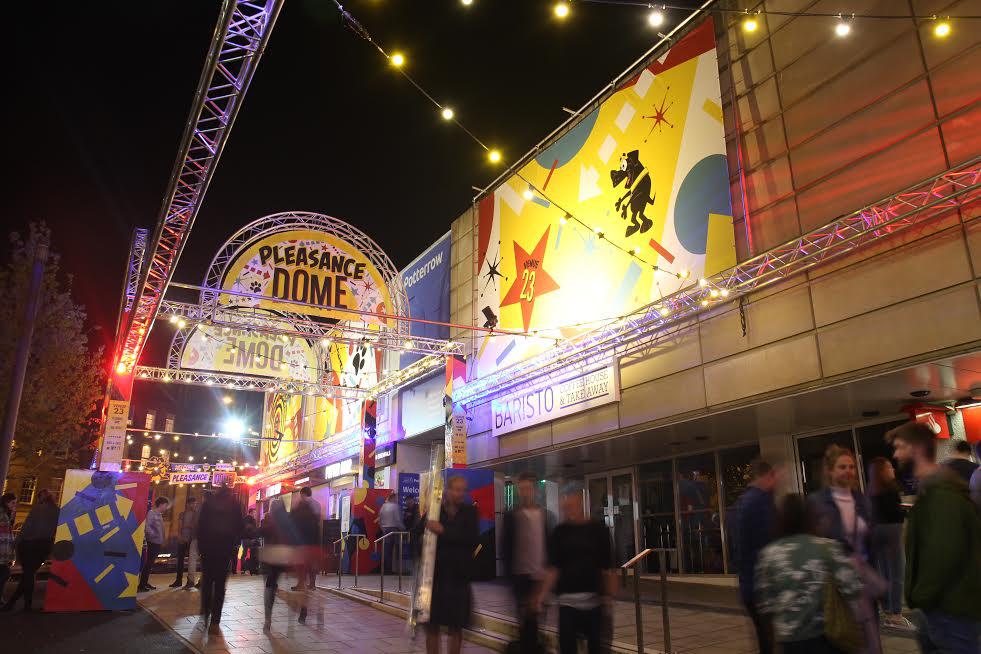 The Pleasance in all it's Edinburgh glory

As Soho, under the excellent Steve Marmion, has proved, you can very successfully run Edinburgh in London on an all year-round basis. But Soho has three stages, a central location and a bar geared to pull people into the venue and then into its auditoria. It's the Pleasance Edinburgh model brought to the capital, although contrary to popular myth it is the University of Edinburgh not the Pleasance which is the beneficiary of the bar takings each summer. The bar at Soho makes the theatre a lot of money, but you couldn't replicate that on the North Road in N7 where there is simply not the footfall. You have to make Pleasance London a theatre-going destination in its own right.

That may start to come about over the coming months with a new writing season called #YouWillKnowTheirNames featuring a number of shows and plays from companies and playwrights still near the beginning of their careers. As it should be—and as most in the industry now recognize, including those highly influential Literary Managers—new writing can take many forms. It doesn't have to be a single authored script. The work programmed at the Pleasance between now and June reflects that new understanding.

Upcoming shows include Don't Look Away, about a Syrian refugee who moves into a cleaner's box room, created by Novae, a female-led sister company to the excellent Idle Motion. Last year in Manchester I caught Hope Theatre Company's vivid and heartfelt verbatim show #BeMoreMartyn about Martyn Hett, the Coronation Street super-fan with a Deirdre tattoo and a cat called Emily Bishop, who was one of the people killed in the Manchester Arena bombing in 2017. Good to see it coming to London. 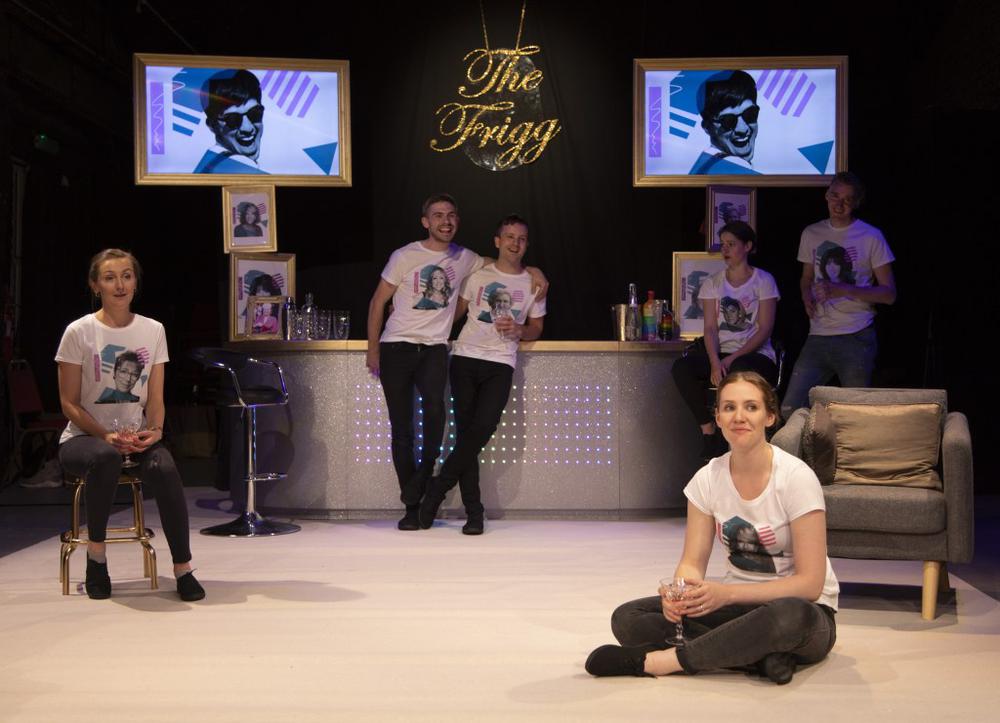 First out of the box is Annie Jenkins' In Lipstick, produced by Up in Arms the touring company founded by playwright Barney Norris and director Alice Hamilton, who is at the helm here. Hamilton is also the director on Paradise, currently at Hampstead downstairs, which may explain why In Lipstick does occasionally look a little under-rehearsed.

Niftily designed by Delyth Evans, In Lipstick focuses on Maude, a 40-year-old woman whose past experiences have made her hunker down with the reclusive Cynthia who never leaves their flat. Cynthia is very much a broken bird. The pair dress up and mimic Shirley Bassey songs, trying to bring some glitter into their drab lives. But when Maude forges a relationship with divorced security guide Denis at work, things start to change. 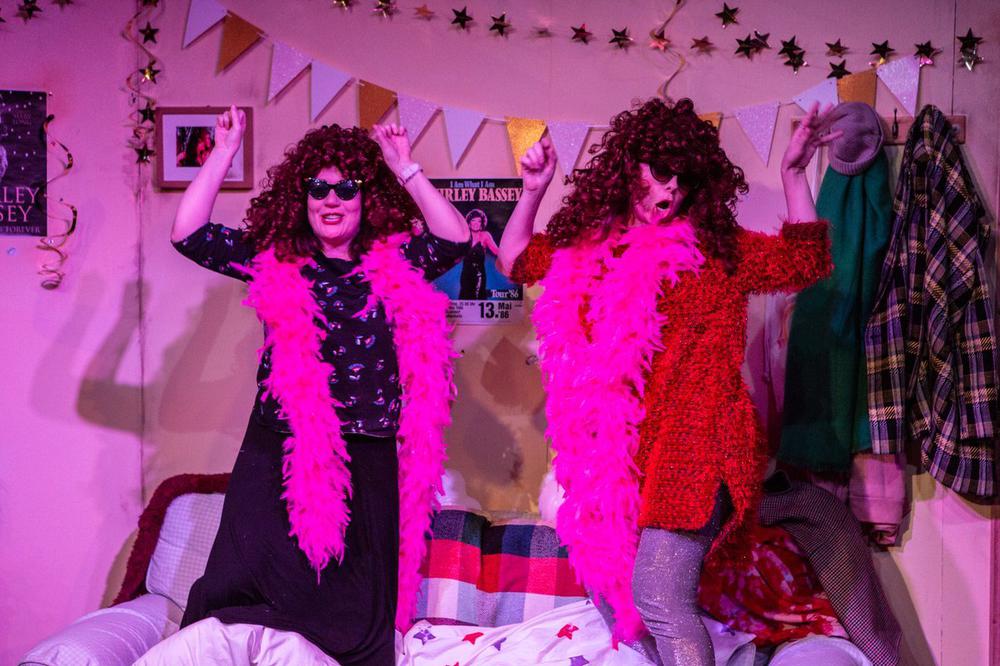 The cast of In Lipstick, photo by Ali Wright

The attempt to keep the relationship between the two women unstated so far into the play doesn't do it any favours, and the scenes between Maude and Dennis as they tentatively grope their way towards each other—both emotionally and physically—are by far the stronger part of the evening. There is a gloriously excruciating sex scene on a sofa which takes place in Arsenal strips during a TV football match.

Jenkins has a gift for mixing comedy and delicacy: Maude and Dennis' first date—a picnic stuffed with embarrassment, double entendre and sausage rolls—is lovely too. So, it's a pity that withholding information ensures that the scenes between Maud and Cynthia feel far less convincing and fleshed out. The play's party climax doesn't quite spark or ring true either.

But there is much to like. It is only Jenkins' second full length play, and while you might wish that it had gone through another draft to sort out some of the dramaturgical issues, getting the play on and in front of audience for a three-week run is likely to be the greatest learning curve of all. It's great to see the Pleasance providing a London berth for a writer whose work might not otherwise surface in the capital. 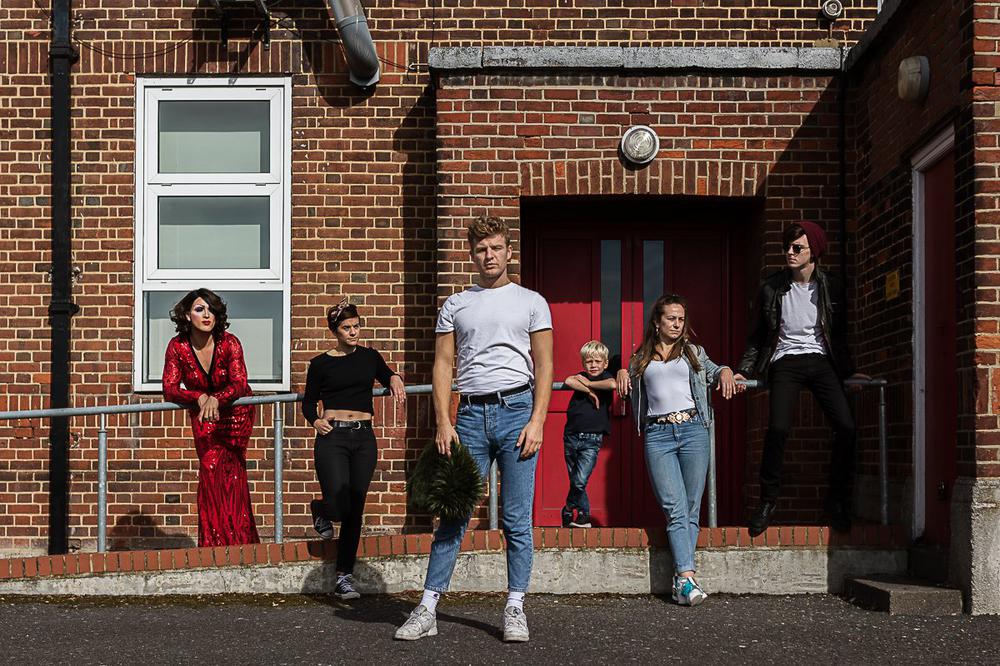 The cast of Call Me Vicky

Other plays that are coming up imminently in the season include Nathan Wright's Lilies and Sweets which opens in early February and is a fiction inspired by Wood's relationship with the late playwright Kevin Elyot whose Coming Clean is currently playing at Trafalgar Studios. Also look out for Nicola and Stacey Bland's Call Me Vicky, inspired by a true story, and exploring transition and LGBTQ+ issues way back in the 1980s. Former Coronation street's Wendi Peters stars.

Tip: if you follow the Pleasance Theatre on Stagedoor, we'll keep you up to date with the most interesting shows being performed there.