Make Mine a Double: Tunnels

Lyn Gardner digs under the surface of theatre-maker Oliver Yellop's new play Tunnels, part of the Make Mine a Double season at the Park Theatre

There have been some memorable shows set underground, from Beth Steel’s Wonderland set during the miners’ strike in the 1980s to Adam Guettel and Tina Landau’s under-rated 1995 musical, Floyd Collins, about the death of a Kentucky miner. The latest, opening at the Park Theatre this week as part of the Make Mine a Double season, is Oliver Yellop’s Tunnels which tells the story of two cousins attempting to tunnel under the Berlin Wall in 1968 and make their escape from East Germany to the West.

“The tunnel behaves almost as if it’s a third character,” explains writer Oliver Yellop, a self-confessed 20th century history nerd whose previous plays include I Am Gavrilo Princip, about the man who assassinated Archduke Franz Ferdinand on June 28th 1914, so sparking the start of WW1. I am Gavrilo Princip was set in purgatory, and with Tunnels, Yellop says that he is continuing an interest in liminal spaces. “In liminal spaces people’s behaviour often becomes different.” He points to the fact that in some ways, the lockdowns we all experienced during Covid were psychological liminal spaces.

Then there’s all that digging. “There is something very primal about digging,” says Yellop. “It is often a desperate act. It is often a last resort, because we all have that fear of being in the ground because you are dead. So, it’s an extreme situation.”

Particularly, because if his two protagonists, Paul and Freddie, don’t die in a tunnel collapse, they risk being discovered and captured by the East German authorities. Yellop’s inspiration for his own fictional story came from hearing Helena Merriman’s Tunnel 29, the brilliant BBC podcast (still available on BBC Sounds) about the audacious 1962 tunnel dug under the Berlin Wall through which 29 people escaped from East Germany. 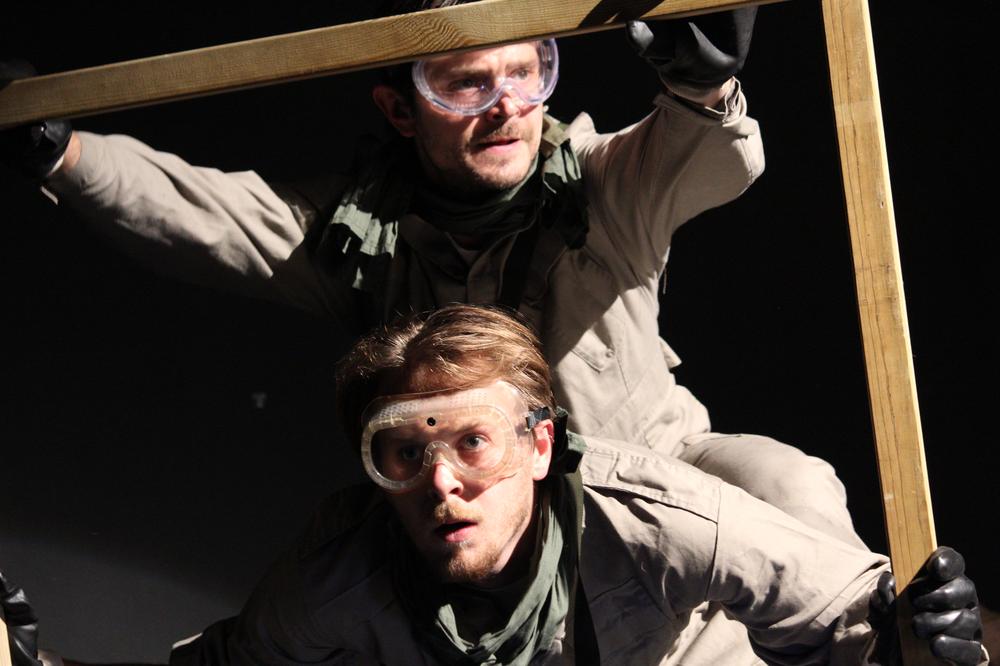 Yellop’s two-hander, in which he also acts, is set in 1968 just as the Prague Spring is erupting. “Paul and Freddie were born at the end of the war in 1945, so their entire lives would have been difficult, and I am interested in the psychological effects of that on two young men as they come of age,“ he says. The show includes live music. “That is a feature of all my work. I think audiences respond to that mixture of storytelling and music. I know I do.”

Yellop sees himself as much of a producer as he is a writer and director. “I like doing everything. I would probably call myself a theatre-maker.” He points to the fact that without the support of the Park, Tunnels would never see the light of day in London.

“It’s good it has. It feels so relevant to me, not just because we were all digging ourselves out of a tunnel during Covid. But also, because this is really a refugee story about people trying to leave a place where they find themselves by an accident of birth and history. It’s the same with the refuge stories we have now of people risking their lives on the channel or the desperation of passing your baby over a wall in Afghanistan so your child gets a better life. In other circumstances that could be any one of us.”

Cover photo by Mark Douet from Tunnels which runs at the Park Theatre from 28th November through 10th of December. Tickets available here.