Make Mine a Double: Press

Lyn Gardner talks journalistic freedoms and spaces for new writing in theatre with Sam Hoare, the author and star of Press, part of the Make Mine a Double season at the Park Theatre

Romola Garai is married to writer and actor Sam Hoare and she’s also directing his one man show Press, which opens at the Park Theatre this week. When I speak to Hoare, she has just told her husband that he is far too nice to play Matt, the former tabloid journalist, who in Press stops peddling lies and starts to tell a very dangerous truth indeed.

“She said that if this play had been cast by someone else, I would never have got the part,” says Hoare ruefully. “Which I think she meant as a compliment.” At least as a husband and a human being.

“I’ve tried not to sugar-coat Matt,” says Hoare. “I know that some people are going to find him unlikeable, but I didn’t want to be judgemental about him. I don’t think he is a malicious man, he’s just a man who found himself doing a job for a living—which was being a tabloid journalist. I think a lot of people will probably judge this character in the first half of the play, but I hope they then may be surprised by how he develops and changes.” The question some may ask is whether Matt really is changing, or is it just the circumstances and opportunities that change? 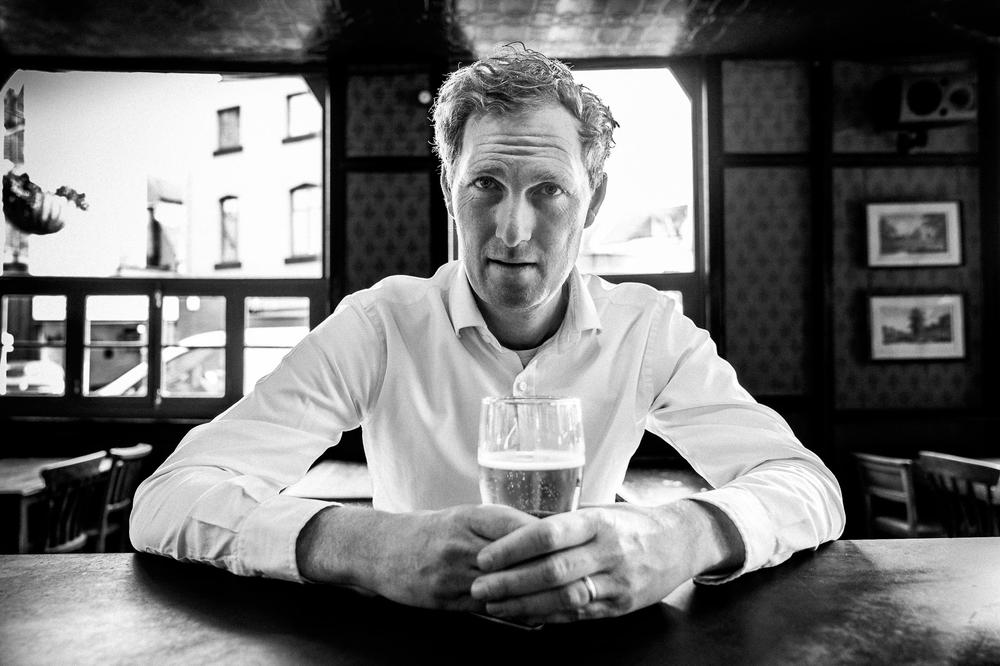 Hoare, best known as a successful actor with credits including the role of Dickie in the BBC’s Bert and Dickie, first came up with the idea for Press a few years back in the wake of the Leveson inquiry, realising that despite its damning conclusions, little action has been taken. He then read a piece about the detention of journalists in Myanmar who were covering the Rohingya massacres.

“It made me think about the freedoms journalists have in this country and how it is sometimes misused, and the contrast with journalists in other parts of the world where they risk everything, including their own lives, to tell the truth.” In Press, Matt stumbles across a story which has far reaching consequences for both personal and press freedoms and which points to how necessary journalism is to hold governments to account.

“I think we live in a very polarised world at the moment,” says Hoare. “Issues such as Brexit have created so many divisions, and I think this play reflects that. Essentially it is a play about what we think is true and what is actually true and how hard it is to know what really is the truth.” He points to the doomscrolling many of us succumbed to during Covid lockdowns. “I even had to suggest to my own mother that she read the paper a bit less.” 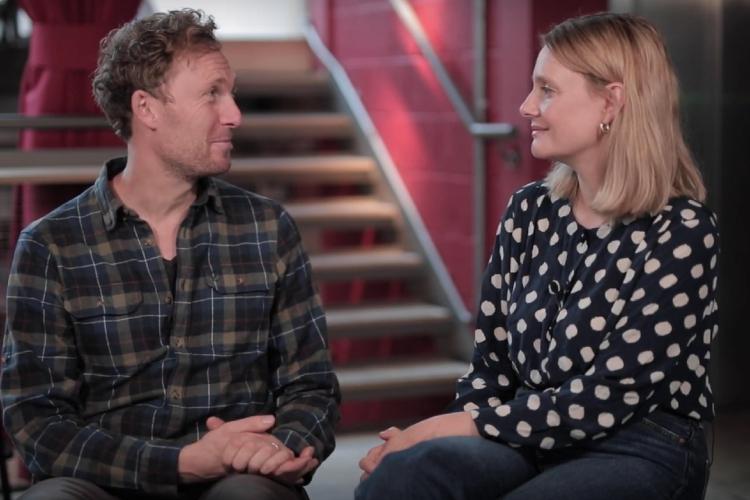 Sam Hoare and director Romola Garai in a still from the Park Theare's video, In Conversation with Press.

When Hoare has told friends that the play he has written and is starring in is also being directed by his wife—Garai is making her directorial debut in the theatre—he says “they tend to raise an eyebrow and then there is a pause and they say ‘that’s brave.’ I know what they mean. Marriage itself is a challenge that demands hard work. This could add an extra strain. But the advantage is that Romola and I have a great shorthand between us. Of course, there have been moments when it has felt challenging but there is also mutual respect and understanding and I have a huge respect for my wife’s abilities and theatrical insights. I knew she would make a good job of it.”

Press is not Hoare’s first play. He had no little success five years back with Diminished at Hampstead Downstairs, a space for emerging writers which is now threatened as Hampstead Theatre has been defunded in the latest round of arts funding, as the government seeks to move arts funding out of London. It’s why for Hoare the opportunity to stage Press at the Park as part of its Make Mine a Double season feels all the more important.

“I was so lucky to get Diminished on at Hampstead. But it can be dangerous when you achieve a modicum of success. You think you are on your way. But since then I’ve written four or five plays that have struggled to find homes and the champions that every writer needs. Writing requires a huge amount of headspace. You have to motivate yourself everyday to sit down and write when you are doing it without a commission and for no money in the hope that it will amount to something and somebody will want it. The rejections make it harder to keep the faith. So this opportunity at the Park as part of the Make Mine a Double season, and the chance to see the words you’ve written on the page come alive, is so important and fills up the tank of belief and optimism.”

Cover image by Steve Gregson from Press which runs at the Park Theatre from 28th November through 10 December. Tickets available here.