Maggie Norris: "we're using drama as a tool to allow youngsters to have a voice"

Maggie Norris has directed in regional theatre; she has directed in the West End—most notably the musical Bad Girls which transferred from West Yorkshire Playhouse to the Garrick. But the work she is most proud of are the productions she has staged over the last decade with The Big House, the Islington based centre she founded in 2013 which works with care leavers and uses theatre as a tool so they can make their voices heard.

Over the last 10 years The Big House has produced a string of shows, vividly performed by their young casts who are not excavating their personal experience because as Norris points out, that would be too exposing and painful for them, but who bring a salty authenticity to stories that pulsate with life and give audiences a glimpse of lives that often remain unseen and unacknowledged.

Shows such as Bullet Tongue, The Ballad of Corona V, Mission, and Redemption—the latter returns this week after a sell-out outing last Autumn—mean that The Big House’s immersive, gritty, and often surprising shows are no longer flying under the radar. Redemption tells the story of Maz, who is on the run from an unregistered care home and from her family history of alcoholism, suicide, and neglect. It’s written by James Meteyard, who you will know from the gig theatre hit, Electrolyte, and it has music by rapper and producer, The Last Skeptik.

“In the early days,” recalls Norris, “what we were doing wasn’t really valued. I think as soon as people heard certain words like charity or marginalised young people, they made assumptions about what the work would look like and be like. Over the years we’ve confounded those expectations, we’ve got a growing reputation and that’s why we have partnerships with people like Netflix and 42 Management, the talent and production company.” 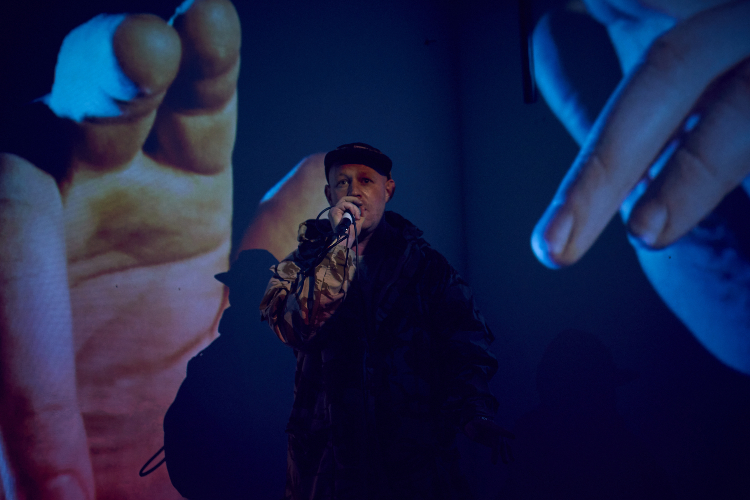 From 2021 performance of Redemption. Photo by Ollie Grove.

Big House shows have launched a number of young people into the industry, many of whom have been nominated for awards (“one of the first young people to be referred to us was described by her social worker as the ‘worst behaved child in Westminster’ so it was nice to be able to email that social worker down the line and say she was up for a BAFTA,”) but Norris is at pains to point out that the purpose of The Big House is not to act as a drama school that incubates talent for the performing arts.

“Some of our youngsters do go on to have careers in theatre, TV and film, but we are not a drama school,” says Norris firmly. “What we are doing is using drama as a tool to allow the youngsters to have both a voice but also to develop their confidence and communication skills and trust, all those fundamental things that many young people take for granted, but not youngsters who've been in care who may have been put in several different placements and may have very little family support around them. Perhaps they're isolated, lonely, or depressed. Those fundamental support systems are what The Big House provides, a sort of positive family if you like, or community. The older ones who have been through several projects, start to mentor the younger ones. So, we've got people here now who were on the first or second project 10 years ago, who are still involved. So that nurturing really, really helps, but the bigger picture is that the work is holistic. And it could be setting somebody up to have a career in theatre, but it could be setting them up for a fantastic career in accounting, or in politics.”

Norris might never have got involved in The Big House if it was not for Bad Girls--the Musical.

“I did a lot of research for that project. I went into prisons and what I saw and heard had a profound impact on me. I realised that so many people who are in prison shouldn’t be there and that a very high proportion of them are care leavers. I became acutely aware of how easy it is for a youngster who has been in care to flail out of control without support. I felt such a sense of social injustice I needed to actively try and do something.” 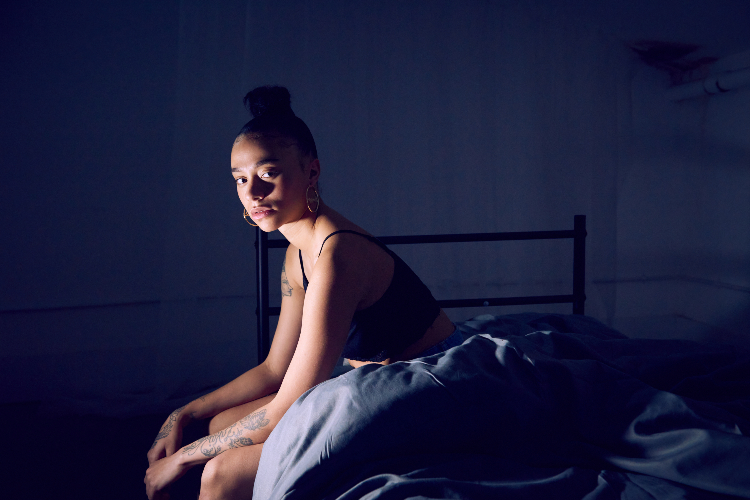 From 2021 performance of Redemption. Photo by Ollie Grove.

She volunteered her services to Only Connect, an arts company working in prisons and schools, where she was artistic director from 2008-12. During that time, she made a production of Bad Man Christmas—inspired by Dickens’ A Christmas Carol—which made her realise what a powerful tool theatre could be and made her determined to do more.

That led to the setting up The Big House. But working in a prison has also impacted on her creative process.

“What I learned from working in prisons is there is no point in having a plan about what you are going to do that day because things kick off all the time. You can’t keep to any plan. It’s the same with The Big House. When I walk into rehearsal, I know I will be reacting to a set of circumstances and working with those circumstances and finding solutions. It really keeps me on my toes. I’m faced with extraordinary problems that I wouldn’t face in a normal rehearsal room. I think it makes me more creative as a director.”

The proof of the pudding is in shows such as Redemption which won a clutch of rave reviews (“not that young people care about what the critics say, why would they?") last year and thrilled audiences.

Norris is acutely aware that the work goes in front of an audience, and that sometimes she must make creative compromises, but her commitment is to “the extraordinary young people who walk through our door and making sure we are always doing our best for them. Nobody is auditioned so in every show we make sure that we platform their strengths, as opposed to their weaknesses. We really make sure we get to know them, so we know where their strengths lie so it is an incredibly positive experience for them.” But as my own experience of Big House shows attests, it is for audiences too.

Cover photo by Ollie Grove from the 2021 performance of Redemption at The Big House which returns from the 29th June through the 13th August, 2022. Tickets found here.