Blues For An Alabama Sky

Jews. In Their Own Words.

Now this is interesting. Last seen in Andrew Lloyd Webber’s Cinderella, Carrie Hope Fletcher takes the role of Grusha in a rare revival of one of Brecht’s most accessible and electrifying plays. It’s a story within a story framed by a group of villagers who want to take over land to grow fruit. To further their case they tell the story of Grusha who recues a child deserted by its mother. But when the biological mother returns and demands the child back the case is put before a mysterious judge. Hope Fletcher has proved herself a marvel in musical theatre and here under Christopher Haydon’s direction she gets to spread her wings in a role tackled by some of our greatest classical actors including Juliet Stevenson in Complicite’s 1997 revival at the National Theatre. 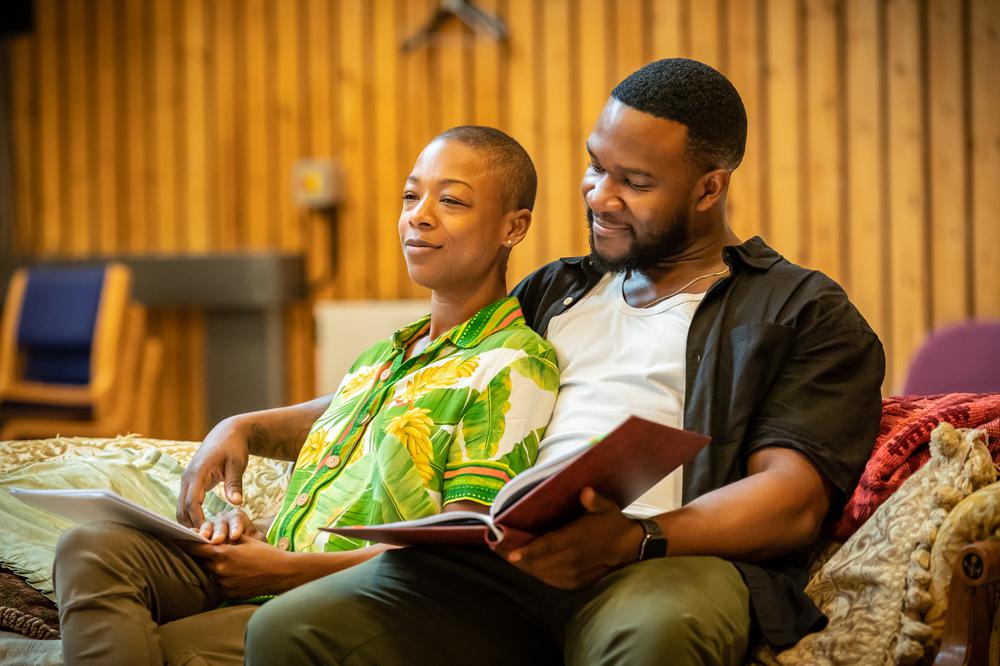 Samira Wiley and Osy Ikhile in rehearsal for Blues for an Alabama Sky. Photo by Marc Brenner.

Angel, spikier than her name might suggest, is a dancer and singer living in Harlem in 1930. Recession has been nibbling but now it is biting, and Angel has just lost her job, her boyfriend and her dignity. At least she has three very good friends, gay designer Guy, Delia who plans to open a birth control clinic and a doctor called Sam. But then into her life walks a stranger. Pearl Cleage’s 1995 play, unashamedly inspired by the works of Tennessee Williams and Lorraine Hansberry, was briefly seen at RADA in 2017 but now gets a major production by the Bush’s Lynette Linton (who made such a good job of Sweat at the Donmar). It stars Orange is the New Black actor, Samira Wiley, making her UK debut and Giles Terera.

Jews. In Their Own Words (Royal Court)

The Royal Court was at the centre of a row last year when it staged a play, Rare Earth Mettle, in which a manipulative character was given a Jewish name. There were accusations of antisemitism and after a report the Court apologised to the Jewish community. Now it goes further in trying to make amends and heal the hurt with this play written by Jonathan Freedland, from an idea by Tracy-Ann Oberman, which uses verbatim interviews to explore how antisemitism developed in the UK and the hold it still has in many corners of British life.