We Are As Gods

Love and Other Acts of Violence

Love and Other Acts of Violence (Donmar)

Cordelia Lynn’s play is billed as a love story, telling of a Jewish physicist and a poet and activist who meet and fall in love. But war is on the horizon, society is in chaos and the future looks bleak. Lynn provided the version of Three Sisters that Rebecca Frecknall (shortly staging Cabaret at the Playhouse) used at the Almeida in 2019 and she also rewrote Ibsen to give us a Hedda unhappily married for 30 years in Headlong’s Hedda Tesman. So, this should be sparky and unexpected. It's delivered by rising director Elayce Ismail with a cast including Tom Mothersdale, Richard Katz and comedian Abigail Weinstock making her stage debut. 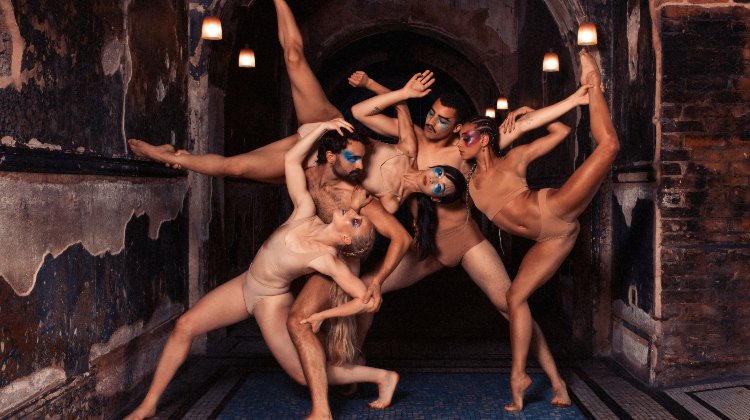 We Are As Gods (Battersea Arts Centre)

This sounds like dance with a difference. Using the vast expanse of Battersea Arts Centre with its maze of corridors and hidden spaces as well as the glorious Grand Hall, James Cousins and his cast of 70 performers lead the audience a merry dance up staircases, through secret rooms in a large-scale immersive dance piece. It ends with a vast after party in which everyone gets to dance together. There is text by Sabrina Mahfouz and music that runs from classical to grime in a piece considering how we connect and build the future together.

Gracie Gardner’s play about two teenagers training to win both at fencing and at life arrives in London after a successful New York run, and will probably appeal to anyone who loved The Wolves at Theatre Royal Stratford East and Dance Nation at the Almeida. Like those plays, Gardner’s drama charts the inner lives of young women as they come to maturity, and deal with friendship, competition, and ambition. The play focusses on Athena, an apparent goddess warrior, and small-town home girl Mary. But as the future looms and the competition gets harder who is the more fragile and who best equipped to defend themselves against the sharp edges of life?

Cover image from Love and Other Acts of Violence.