The last time the Barbican’s best ever box office day occurred was when tickets for Benedict Cumberbatch’s Hamlet went on sale. You’d think that would take some beating, but the RSC’s screen to stage adaptation of Studio Ghibli’s beloved 1988 movie, My Neighbour Totoro, has beaten that previous record. It comes with a mixture of live action, animation and puppetry (courtesy of the Jim Henson’s Creature Shop) and is directed by Improbable’s Phelim McDermott, famed for doing extraordinary things with puppets in Shockheaded Peter and newspaper in the Philip Glass opera Akhnaten. It should be quite something, and it could also turn out to be the money-spinner that the RSC needs if a West End transfer beckons. But amazingly there are still some seats available for the Barbican run if you want to get in first. 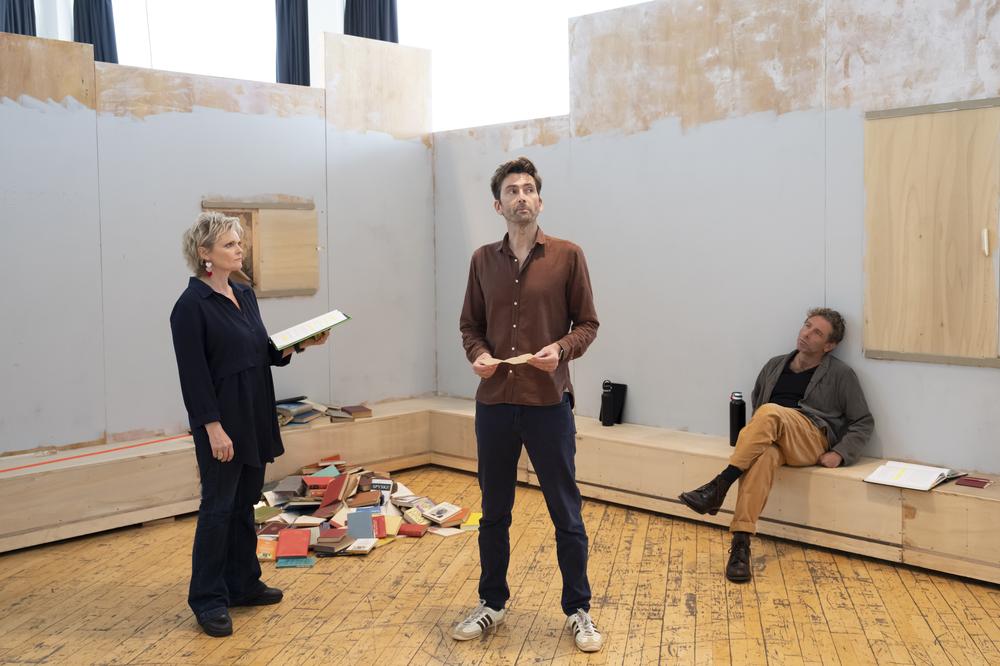 David Tennant, Sharon Small and Elliot Levy star in Dominic Cooke’s new revival of CP Taylor’s weighty drama, which marks the first outing for new production company, Fictionhouse, founded by Dominic Cooke and Kate Horton. Originally produced by the RSC in 1981, and revived by Michael Grandage at the Donmar in 1998, Good tells the story of a professor of literature in Germany in 1933 who is an apparently good man in every way. Or is he quite as good as he seems? As the Nazis rise to power Halder’s moral flaws begin to become more apparent making him ripe for seduction by Hitler’s regime. After all, we’d all do anything for a quiet life, wouldn’t we?

There is often a good reason why a play has gone unrevived for a century, but if it has been unfairly overlooked, you can bet it will be the postage-stamp sized Finborough which will notice and make amends. Written at the end of WW1, Georg Kaiser’s expressionistic parable tells of a man who grew up in poverty but becomes immensely rich by exploitation. But when his children challenge him, he takes drastic action involving a doppelganger. Emily Louizou of Collide Theatre—a company dedicated to reinventing classic texts in innovative ways—directs a tale of about how the endless quest for wealth destroys lives. Sounds horribly apt.

Cover image from the RSC's My Neighbour Totoro at Barbican Centre. Tickets can be found here.