Emerging writers are having a tough time currently: their plays often caught in a traffic jam of more established work programmed prior to the pandemic. So, all power to the Papatango New Writing Prize which is championing new writers, giving them visibility and making their voices heard. Later this month three audio plays—Tom Powell’s The Silence and the Noise, Nkenna Akunna’s Some of Us Exist in the Future and Tajinder Singh Hayer’s Ghost Stories from an Old Country—set out from the Bush on a cross country digital tour that is free to access. Meanwhile the Bush hosts Igor Memic’s Papoatango-winning play, Old Bridge, set in Mostar in Yugoslavia 1988 where two young people fall in love. But is it possible for them to make a future together in a city where the divisions are growing and war is coming? 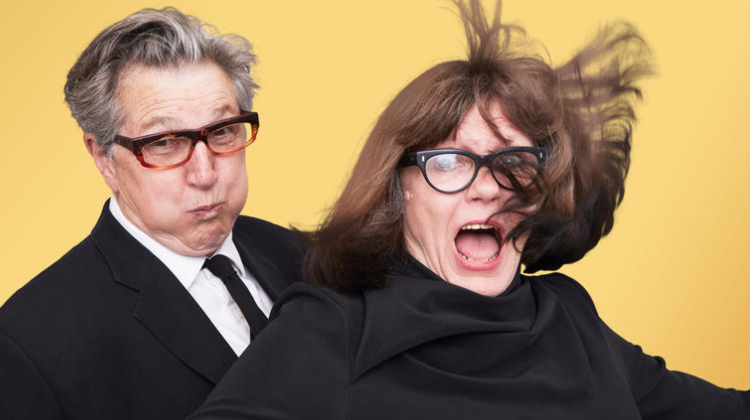 Last Gasp: A Recalibration (The Pit)

Peggy Shaw and Lois Weaver, better known as feminist US company Split Britches, are back in town sharing their accumulated wisdom in typically wry and offbeat fashion. In this latest work, they're talking about loss and how you pick yourself up and recalibrate after momentous loss and all that has happened during the last two years. Upfront about the ageing process and the way our bodies break down, and urgent about the planet and civil discourse, the duo will make you think, make you laugh and maybe raise your hackles too.

Jane Austen is in the ascendancy in the West End with Pride and Prejudice (Sort Of) at the Criterion, but Louisa May Alcott is fighting back elsewhere with two versions of her classic novel on stage over the next couple of weeks. At the Park Theatre, Jason Howland’s musical version of the story of the four March sisters growing up in Civil War America gets its London premiere next month. But for a more radical take on the novel that has become something of a rite of passage for young women growing up, then look to South West London where the delicious feminist company Figs in Wigs re-imagine the novel and riff on it. They'll ask the pressing questions about why we cling to the classics, whether gender equality really advanced over the last 150 years, and is that a pressing issue in the age of climate emergency?