Lyn Gardner
28 Nov 2022
What's caught the attention of our resident critic this week?

Lucy McCormick is a one-off, completely undefinable and always gleefully trashing any of the boundaries that keep theatre, cabaret and experimental performance in their neat little boxes. Her two previous shows, Triple Threat and Post Popular, have been unexpected, deliciously blasphemous and rudely funny. Simultaneously vulgar and touching. Here, she seeks to find some cohesion in a divided world, hope where there is only despair, community where there is only a feeling of being alone. There will be pole dancing. And savage political comment. 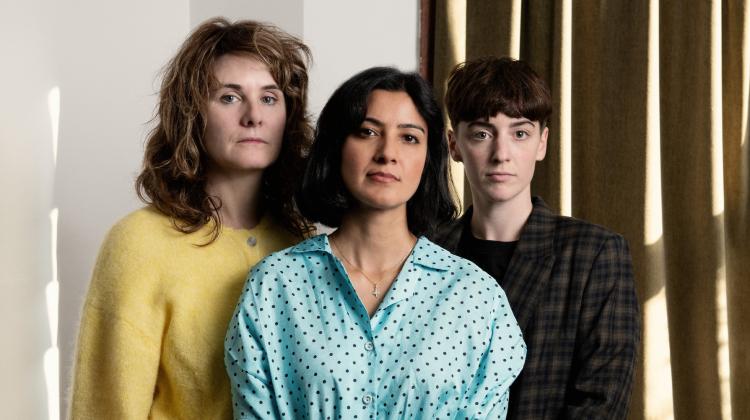 The Bush previously hosted Collapsible, Margaret Perry’s clever play about a young Irish woman left stranded and isolated by anxiety. Now Perry teams up with director Jaz Woodcock-Stewart (of Civilisation fame) with this all-female commission about a woman who starts to achieve her ambitions when she starts selling essential oils for a company called Paradise, that's full of women just like her. She’s going to make a killing, but as she rises to the top of the company, she realises that not everything smells as sweet as she thought it would.

It’s a big week at the NT, where Rufus Norris’s production of Hex returns to the South Bank after a difficult run last year because of Covid. It at least means that the team will have had time to work on this musical version of Sleeping Beauty which will at last receive a press night. That’s the NT’s significant Xmas offering but meanwhile in the Dorfman, April de Angelis’ satire set in Walthamstow also finally gets its premiere in a production by Indhu Rubasingham. It turns out to be no fairy tale for working class Kerry—played by Fay Ripley—who sets up a tapas restaurant in East London. What does it take to be a success, and what is gained and lost along the way?

Cover image of Fay Ripley from Kerry Jackson at the National Theatre. Photo by Ben Stockley.