The Curious Incident of the Dog in the Night-Time

Prepare for all-out silliness, the screeching of smoking wheels, and an 80s pop soundtrack from a comedy physical theatre troupe who have been garnering a growing reputation. New Diorama's David Byrne says they are going to be bigger than all the sliced loaves of bread combined, and while you may have caught the company in Edinburgh in previous years where they have garnered a cult following, you ain’t seen nothing like this. New Diorama has had a great year not just artistically but in its endlessly generous and imaginative support of emerging companies. They deserve a big hit. This Xmas the fringe, maybe next Christmas the London Palladium? 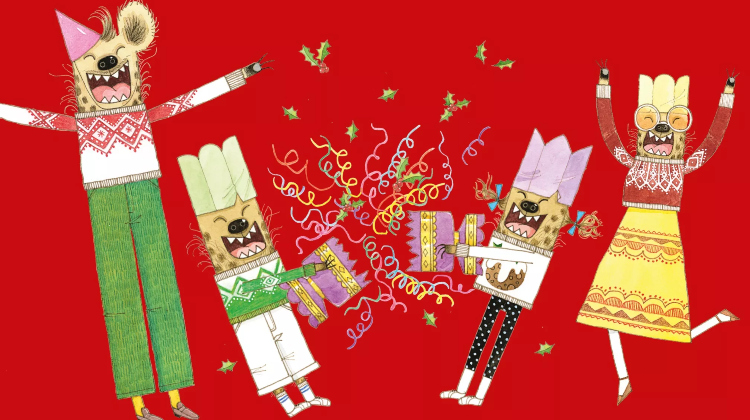 Julian Clary adapts his own book about the ghastly Bolds, who look like anyone else living in Teddington, but who are actually hyenas in disguise. Will anyone notice? Will they be unmasked or will they fit in? This musical world premiere sounds like fun and is directed by Lee Lyford who has created some magical Christmas shows for young audiences. Alternatively, if you are looking for something for the very young the wonderful Sarah Argent, behind the much-loved Baby Show, brings a new piece, Scrunch, to the Unicorn. It’s a sensory show for babies aged 6-18 months and their carers. One which recognises that at that age the wrapping paper can be more exciting than the Christmas present.

Back to give theatregoers an enthusiastic lick all over just in time for Christmas, here's Simon Stephens’ adaptation of Mark Haddon’s novel. Following Christopher, a teenager with Asperger’s who is determined to find out who has killed the neighbour’s dog, it's a thing of beauty: not least because it plays with the idea of theatre as a lie as it tells the story of truth-seeker and truth teller, Christopher. It’s directed by Marianne Elliott—who will also be helming the revival of Mike Bartlett’s Cock with Taron Egerton, Jonathan Bailey and Jade Anouka—with fizz and invention, but it is also a moving examination of the lies adults tell, how life is never neat and tidy, and the pain of love.