Girl On An Altar

We Started To Sing

We Started to Sing (Arcola)

Barney Norris’ latest play, spread over three decades and moving between five geographical locations, is his most autobiographical to date. It began a few years ago with him laying on his back on the floor in his flat trying to remember every story his grandparents had ever told him. Norris’ grandparents have appeared in disguise as characters in his previous exquisite exhumations of rural lives, but this will be the first time that they and other family members will all became characters in a drama inspired by the lives, loves and losses of the Norris family. Norris is such a great, unflashy writer, his plays are stuffed with quiet truths, and I’d highly recommend that you take a peep. This may yet be the most revealing of the roots of Norris’ identity as a storyteller, and it also marks Norris's return to the theatre that first brought him to attention with Visitors. 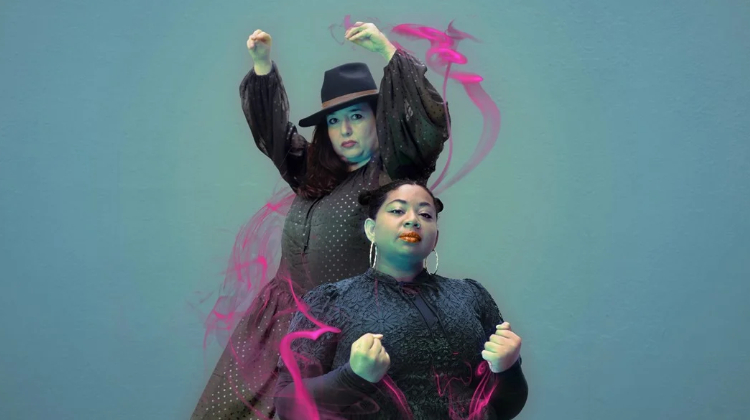 If you haven’t heard of Deafinitely Theatre, you should have done. Celebrating its 20th anniversary this year, this ground-breaking bilingual company which uses British Sign Language and spoken English has pulled off some remarkable theatrical coups including a terrific Love’s Labour’s Lost at the Globe and searing revivals of both George Brant’s Grounded and Sarah Kane’s 4.48 Psychosis. This latest production, written and directed by artistic director Paula Garfield, is based on interviews with deaf women who have survived domestic abuse.

Girl On an Altar (Kiln)

The Greeks have been very present in theatre over the current month with Ivo van Hove’s The Age of Rage at the Barbican and Beth Steele’s Greek inspired family drama, The House of Shades at the Almeida. Another retelling of familiar stories arrives this week at the Kiln with Irish writer Marina Carr’s adaptation of the legend of Clytemnestra and Agamemnon. Agamemnon, you may recall, sacrificed his daughter in order to get the fair wind he needed to set sail for war. His wife, Clytemnestra lived for 10 long years while her husband was away fighting the Trojans, and on his return she slaughtered him. That’s often seen as an act of revenge with Clytemnestra cast as the villain, but Carr interrogates that notion and asks what actions do we consider forgivable and what can never be forgiven?

Cover image from We Started to Sing.