Ghosts of the Titanic

Key workers. Remember them? The people who went to work during the pandemic while the rest of us stayed safe at home. The teachers, the delivery drivers, the supermarket workers, the refuse collectors and the care workers who kept on working and kept on caring to ensure the lives of the rest of us kept on track. A wonderful array of writers including Francesca Beard, Sonali Bhattacharyya, Nessah Muthy, Molly Taylor and more have written short plays that take their inspiration from the Medieval Mystery Plays and which are performed by a professional and community cast to celebrate the people who we could not do without. 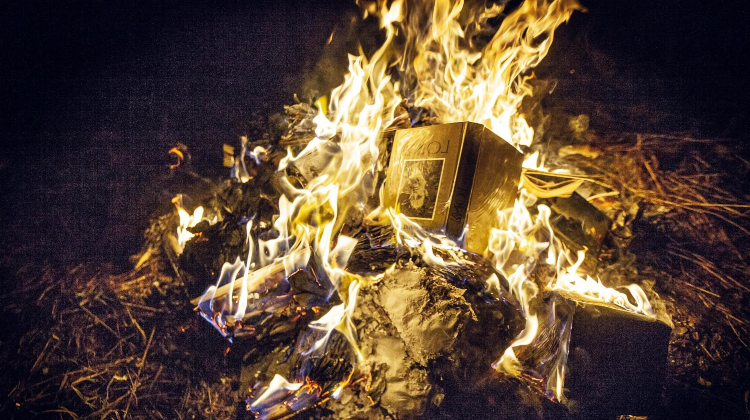 Belarus Free Theatre is a theatre in exile whose underground performances in opposition to the country’s dictatorship has made them political refugees from the country which is acting as an ally and cheerleader for Russia in its war against the people of Ukraine. So it’s timely that this political thriller about the dangers of authoritarianism and the suspension of free speech takes to the stage when that threat is very real. It’s set in 2049 in a European super state that includes territories which were once Belarus and Russia and where individual freedoms have been curtailed.

Ghosts of the Titanic (Park)

Veteran writer Ron Hutchinson has had plays performed all over the world and wrote the brilliant Rat in the Skull for the Royal Court. His latest has a family connection: his grandfather worked as a shipfitter on the ill-fated Belfast built Titanic. Set in 2012, four days after the ship sunk, it melds fact and fiction as Emma Hinton mourns the loss of her fiancé who was in the ship’s orchestra. But what really happened to the ship and who is responsible? Hutchinson explores our own contemporary concerns about fake news and conspiracy theories through a story that we think we all know, one which is over a century old but still very much part of the public imagination.