For sheer visual lushness you can’t beat Gecko, a company which under the direction of Amit Lahav has developed a distinct theatrical style which is unique in British theatre. I saw a very early version of this show almost 5 years ago, but like many of Gecko’s shows including the Kafkaesque The Institute and the heartrending Missing, it has haunted me. Marriage and divorce, and the contracts we make with each other and with the state come under consideration in a show which finds its own distinct physical language to talk about both our most intimate relationships between the cradle and the grave and how we might reshape and revolutionise them. 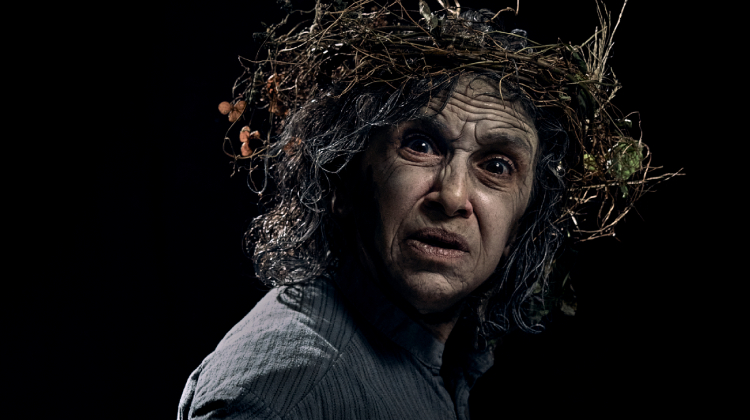 Long before Maxine Peake’s Hamlet and Phyllida Lloyd’s Shakespeare trilogy at the Donmar, Kathryn Hunter played Lear at the Young Vic. It was an extraordinary performance from the still-young Hunter who succeeded in creating a mesmerising king who was neither male nor female, sometimes as old as the hills or as wizened as a baby. Few actors get the chance to assay Lear twice, but it is a sign of the standing of the small but mighty Hunter that 25 years later she is getting a second crack in this production. Once again Helena Kaut-Howson directs, and this time round Globe artistic director Michelle Terry doubles as Cordelia and the Fool.

It’s summer and the Arcola’s outside space opens with the return of Max Wilkinson’s story which cleverly evokes a real sense of place and space and the city itself. It’s about a free-wheeling delivery driver, Rainer, who cycles through the city delivering food to its inhabitants. Rainer flies along enjoying her quirky encounters with the city’s inhabitants but is she trying to pedal away from her demons and the fact she’s two months behind with the rent? The UK’s gig economy workers kept us all going during lockdown, and Wilkinson’s play reminds us that there are real people with rich and complex lives behind the anonymous person who drops off your takeaway.

Cover image from Gecko's The Wedding. Photo by Rocio Chacon.