With RashDash’s Oh Mother heading to Soho Theatre, motherhood is increasingly on the theatrical landscape. Meanwhile over at the sparkly new Brixton House, French company Babel are exploring what it means to be a father today. It was a subject that Simon Stephens, Scott Graham and Karl Hyde interrogated in Fatherland, particularly the notion of however far away you try to get from your father eventually there comes a point in life when he stares back at you from the mirror. Babel’s show doesn’t look back, but forward. In a piece based on intimate interviews with fathers in diverse French households, it asks what fatherhood means today, how it is evolving and whether the bonds between fathering and the patriarchy can be unbound. 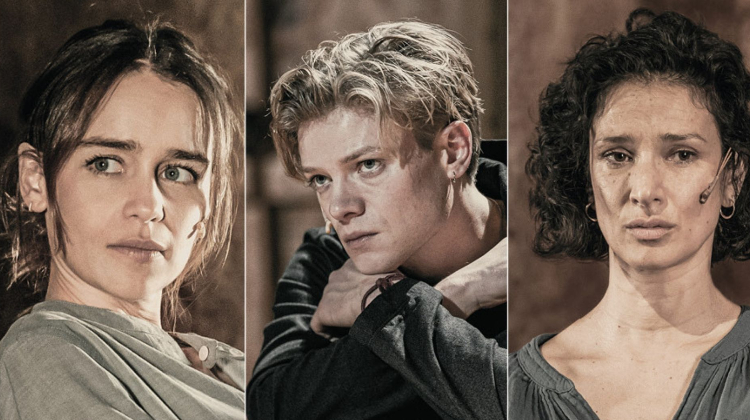 After its planned initial run was so rudely interrupted by Covid, Jamie Lloyd’s revival of Chekhov’s play about art, desire and destruction finally takes flight. After his Harold Pinter season and a sell out Cyrano starring James McAvoy, Lloyd very much feels like a director who can do no wrong. There is something unbridled about his work, which is rare to see in a West End that likes to play it safe. Game of Thrones star Emilia Clarke will definitely be the draw for many, but there is plenty else to attract here. Anya Reiss’ spikily contemporary adaptation has already more than proved its worth, and there is a pedigree cast including Indira Varma, Daniel Monks and Robert Glenister.

It is nine years since Peter Morgan’s last stage play, The Audience, but I guess he’s been busy with The Crown. He prises himself away from royalty for this latest piece set in 1991 during the fall of the Soviet Union. Tom Hollander plays oligarch Boris Berezovsky who senses opportunity but also danger in this new Russia. Who should he support in this risky, changing world? He enters the Kremlin’s inner circle under Boris Yeltsin, but then makes an alliance with Vladimir Putin which brings Putin to power. But at what price? Rupert Goold directs a cast which also includes Will Keen and Luke Thallon.