Come From Away (Phoenix)

Inspired by real-life accounts from the residents of a small Newfoundland town, who during the chaos of closed airspace during the 9/11 crisis invited 7,000 strangers from 38 diverted planes into their community, this unflashy, quiet musical is an unpretentious joy. It could be the West End show we all need at the moment. If Neil LaBute’s post-9/11 play, The Mercy Seat, suggested that in a crisis people take the opportunity to behave badly, then Come From Away suggests the opposite and that community spirit wins out. It was a sleeper hit but one that won four Oliviers prior to the pandemic, and it might just be the unassuming intimate tonic we all need right now. 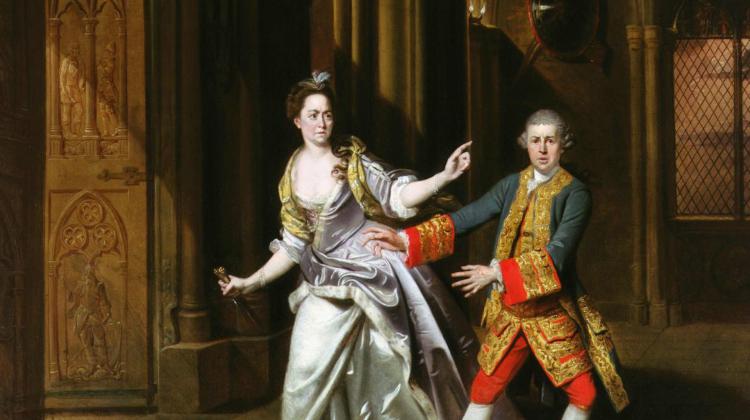 Spare a thought for the unsubsidised Finborough, a theatre so small that re-opening with social distancing would be impossible. Let’s hope that this powerhouse Earl’s Court theatre will soon be able to re-open its doors because its mixture of forgotten curios and new plays gives it a unique place in London’s theatre ecology. It’s latest online offering definitely falls into the curio category, a revival of an 1842 comedy about the life and times of the 18th century actress Peg Woffington who was a huge star in her time. The cast includes some very fine actors including Amy McAllister and Sophie Melville, but also includes critics Fiona Mountford and Michael Billington, who play a pair of obsequious and sniping theatre critics. Could be fun.

Extended before it opens and with good reason, Split Lip’s wonderfully inventive and very silly musical tells of a top-secret WW2 operation to trick Hitler into believing that British troops were going to invade Sardinia. It is both very amusing and musically delicious. That’s because it combines the talents of core members of comedy troupe Kill the Beast with composer Felix Hagan. There is a brilliant Britney-inspired Nazi stormtrooper number, and much much more. It may be consummately silly, but there is wit here too, a beady-eyed look at the British ruling classes and some neat observations about how women were treated and how the war provided career opportunities for some. Provided they stood firm and refused to make the tea and hand round the biscuits. Bloody gorgeous.